Chris Young has seen his share of miracles throughout his 35 years on this green earth. And yes, one of those many miracles goes by the name of Michael Harris.

“He’s actually my stepdad,” says the multi-platinum entertainer during a recent interview with American Songwriter. “No one knows that. Because, you know, he is my dad. He’s an incredible man. I’m very lucky to know him and to get to have him as a father.”

“I remember him telling us about it,” Young says, his voice cracking at the mere recollection of the day that his father told the family that he was battling lung cancer back in 2009. “My mom and sister were really upset. And I was upset too, but I was just more worried about him. There is not a year that goes by that he doesn’t go get that little ‘still good’ report from the doc and it’s something I celebrate, every single time. I’ve gotten a lot of years with him that are incredibly special for different reasons. I’m glad that I have had him so long.”

Indeed, the ‘old, redneck, Dale Earnhardt mustache’ wearing guy from Tennessee definitely took quite a punch from cancer, but continues to win that fight. And not only did that win give Young’s dad the chance to watch his son evolve into one of the biggest voices in country music, but he’s also here to hear the song his son co-wrote about miracles that sound…a lot like his.

“If That Ain’t God” serves as the much-needed proclamation that a somewhat crumbling world needs right now. It’s a worthy reminder of the importance of positivity and the need for miracles, sung by someone who knows the importance of faith in an uncertain world.

Originally written by Matt Roy, Mitchell Oglesby, and Greylan James, Young was approached with the song just a couple of months ago, during the coronavirus quarantine.

He instantly fell in love with it.

“The thing that really hit me was the first verse,” recalls Young of the song, that was co-produced by himself and Chris DeStefano and serves as a worthy follow-up to his latest single “Drowning.” “The part about walking down the stairs and getting coffee and turning on the news…that just hit me.  That’s exactly what I do every morning. That’s me every day. As much as it is uplifting, it’s also a message about the little and the big things that we take for granted sometimes.”

But he did have some changes to the song.

“I had already tracked it, but I was like, ‘do you mind if I change the chorus and a line or 2 in in the second verse?’” Young remembers asking the writers. “And they were ok with that, and I appreciate that. Anyone willing to trust you with their baby when they create a song, and for you to change it?  That’s a lot of trust to put in somebody.”

And if that wasn’t cool enough, then they went and officially added Young as a writer.

“They did not have to do that,” Young recalls with a smile. “It was a very different way of me making my way on as a songwriter. But with everything going on and how weird 2020 has been as a whole with things we have never had to navigate before and the things that people are needing to deal with…just to be able to have an uplifting song that delivers a really positive message and to have it out there as a single that I love and believe in is just really cool.”

And while things continue to be a tad uncertain when it comes to making any sort of plans for the future, Young says that his upcoming album is done…sort of.

“We have everything mastered and we have15 songs right now,” says Young, who says he wrote two songs just last week.  “I just keep cutting stuff. (Laughs.) I just haven’t been told to stop.”

Take it from us, Chris.

You are on the roll of your country career. 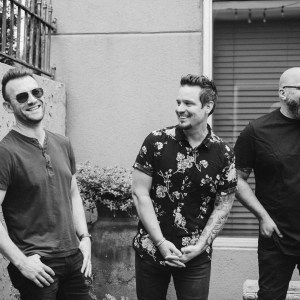 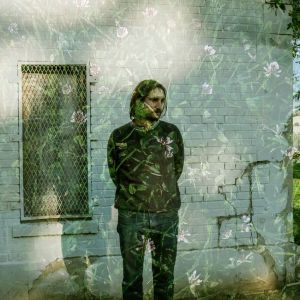