I hope I live to see that modern world, Chris Ayden howls with a savage exhaustion. His soul is weary but trembles with rage. With their debut single, called “The Modern World” (pre-save), alt-rock band Illumination Road observe “the facade that covers the rotten core of today’s modern world,” collaborator Chad Shlosser says of the song.

The song further analyzes “the new age and the new way we shamefully destroy our most sacred values and the way we struggle to maintain hope during these challenging times,” the acclaimed producer and musician tells American Songwriter.

We engage in modern warfare / But the buttons are pushed by primitive men, Ayden unwraps with the first verse. Help me baby, I’m trying to get there / I’m doing my best to live the modern plan.

Guitar static clings to his voice, as he attempts to make sense of the devastation surrounding his line of sight. We’re kept alive by modern healing / But they’re mixing the poison with strange medicine, he sings. The lyrics are almost prayer-like, a lamentation for the world to jolt awake before it’s too late. I can’t take what they keep giving / You know, this is what it takes for modern living.

Illumination Road─composed of Ayden (vocals, songwriter), Shlosser (guitar, bass, production), Greg Cahill (guitar, mandolin, Hammond, piano, Rhodes), and Michael Johnson (drums, production) ─introduces themselves with the accompanying visual, recorded and filmed at Escape Studios in Pioneertown, California. “[This song] has been through a few production steps before we landed here. Chris and I had taken it from a very progressive rock type of track and attempted to simplify things and focus on the vocals,” says Shlosser. “We then sat in the studio with our dear friend, Matt Sorum [Guns ‘N Roses, Velvet Revolver], who worked on the arrangement with us which pulled the whole thing into focus. [After] a bit more production and the addition of Greg Cahill on Hammond and piano and Michael Johnson on drums, we felt we totally nailed our sound that is stretching across the entire album we’re finishing up right now.”

The visual, with direction and cinematography by Silver Sky, leans into an almost end-of-the-world, apocalyptic ritual─its aesthetic flinching between lush blues and greens and jarring, hypnotic black and white. “We had a rough concept in mind, but Silver Sky came in with the last minute vision and miraculously knocked out the shoot in a single day without sacrificing any artistic value,” says Shlosser. “I think each shot is so provocative and beautiful and lends so much to what we were feeling with it. We wanted to showcase the beauty of this land that inspires it all so we shot the entire thing here.”

Chad Shlosser boasts quite a prolific resume. An engineer and producer, he has worked with everyone under the sun. His credits include Fleetwood Mac, Steven Tyler, Jackson Browne, and The Used, among countless others. Along with his bandmates, Illumination Road is a hyper-fusion of a vast array of influences; everything from Bob Dylan and the Beatles seems to inform their style, swinging from the vines with a unapologetically volatile style.

Watch “The Modern World” below. 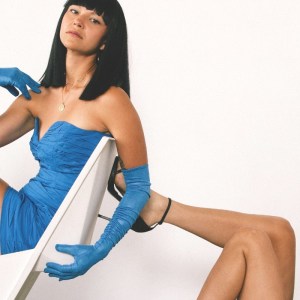 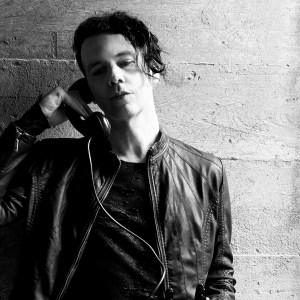