By early 2020, Ashton Nyte had just put the finishing touches on his seventh solo album as the world started shutting down. Maneuvering around an uncertain year with no tours in sight, The Awakening frontman released Waiting For A Voice and his first book of poetry and short stories of the same name, then retreated back into writing, creating—for his own sanity.

“In all honesty, I’ve needed to stay sane,” Nyte shares with American Songwriter. “Without touring or even regular human interaction, the best thing for me to do is to keep creating before I legitimately revert to that crazy soul with a houseful of cats and unruly coffee addiction. I also needed a good reason to try to get a decent haircut. I was scaring the cats.”

Exploring archived songs, fragments of stories, and odder compositions stowed away throughout a more than 25-year career with his musical project The Awakening and his solo work, Nyte salvaged pieces that would help him begin assembling something entirely new on This Alchemy (Intervention Arts), The Awakening’s 10th album, out May 18.

Following up The Awakening’s 2018 album Chasm, This Alchemy’s 11 songs, all written by Nyte, are a result of his determination to create a piece of work that was the “polar opposite” to any previous labors of love.

“Let’s say the polar opposite in all but my valiant attempts at lyrical strength, but even there, the focus and subject matter are different,” shares Nyte. “Having just put such an intimate and personal album out with Waiting For A Voice, I needed to heal in a different way with a different backdrop and a new selection of ghosts.”

As touring remained in flux and dreams of performing Waiting For A Voice live faded, Nyte moved ahead creating a piece that could exist somewhat outside the norms of live performance. “This is not to say that I don’t want to perform This Alchemy live,” says Nyte. “It just gave me the opportunity to create without live performance being a prominent motivation. I do try to avoid repeating myself, so hopefully, the anxiety I’m currently feeling is from venturing into new creative terrain.”

Moving through The Awakening’s new metamorphosis, even its title is apt, and draws on something Nyte has mastered throughout his career. A musical alchemist, Nyte has eloquently traversed genres in his solo work and since the inception of The Awakening with 1997 debut Risen.

“I must confess, I am quite enamored with the word and its many relatives and implications,” says Nyte. “On this album, themes of transformation, creation, and the relationship between who we are and the world we find ourselves in seemed to keep rising to the surface.”

Nyte adds, “I am very interested in the relationship between all things, as ostentatious as that probably sounds. Where my last album was focussed more on nature and the magical relationships present there (among other things), ‘This Alchemy’ finds itself in a colder setting, more of the underbelly of a dystopian cityscape, if you will.”

This Alchemy’s inception came as Nyte began sorting through stowed away songs, while initially piecing together a collection of b-sides and other songs for a side project, which led to the recent release of The Awakening’s cover of Alice Cooper’s 1980 Flush the Fashion single “Clones (We’re All).”

“After several weeks of assembly and resurrection,” says Nyte, “I stumbled upon a few songs that were initially intended for a side project and effectively served as a catalyst for moving into territory I haven’t really explored before.”

Far removed from anything The Awakening has released before, This Alchemy ruminates more on extrinsic existences and less on anything deeply personal. “Lyrically, it tends to gaze outward and even adopt a few characters, rather than dwelling exclusively in the intensely personal introspection of its predecessors,” shares Nyte.

“I’ve always enjoyed evoking transportive atmospheres with my work, a space to lose or find yourself, or dream in a different color,” he says. “This Alchemy was created as a truly immersive experience, not just a selection of songs. It’s a place I enjoy visiting and hopefully, others will too. Only time will tell.” 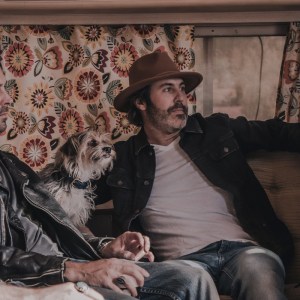 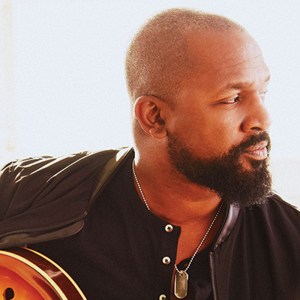