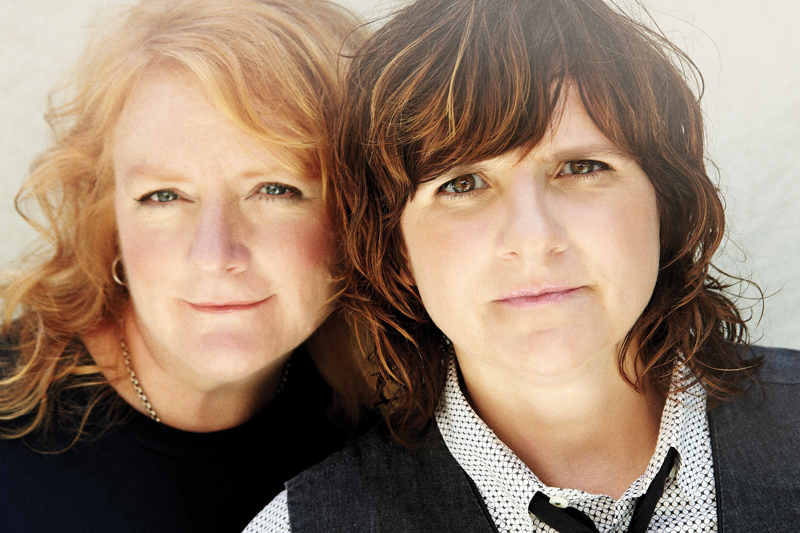 Becoming a mother has only made Emily Saliers, one half of folk duo Indigo Girls, feel that much more like an exposed nerve, whether she’s writing songs or responding to the steady stream of things – hugs, meals, patience – toddlers demand of their parents.

“I am pretty raw and open,” says Saliers in a phone call from the home she shares with wife Tristin Chipman and 18-month-old daughter Cleo. “And I have quite a tender heart. So that combination of being so raw and motherhood…. aghhhh!” She pretends to cry, but a laugh sneaks through. “Going out on the road now, I am more homesick than I have ever been.”

The 50-year-old singer/songwriter, now touring with longtime musical partner Amy Ray in a set of US dates that has them performing with Joan Baez some nights, assorted regional symphony orchestras others, has earned the respect of a multitude of fans for channeling her emotional states through her lyrics or her fingertips as she picks her guitar. In songs like “Ghost,” “Mystery” and “Get Out the Map,” Saliers puts her worries, passions and fears front and center, marrying them with complex melodies and counter-melodies through which she and Ray intertwine their vocal harmonies like vines of ivy.

“The songs that are most powerful to me have really specific images and universal themes,” she says. “I like to think that instead of just babbling out lyrics now [since the birth of Cleo], I am using a little bit more wordcraft.”

In fact Saliers is in the throes of writing now, fitting in sessions between stints on the road. Some of the work is earmarked for her first solo record, with a possible release date of late 2015. Other tunes are for the Girls’ next studio record, its release possible as early as the first half of next year. Saliers says she expects she and Ray will begin recording by October.

“I’m hoping in this next batch of songs I am showing some new maturity,” she says. “I’m writing a lot about redemption” in tunes that reflect upon the emotional landscape of motherhood to the plight of child soldiers. In one new song, “there are some lines about children being abandoned by parents struggling with substance abuse,” she says. “All of that disturbs me in a whole different way now since Cleo” arrived.

“Everything about having a kid is the hardest part and the best part of life,” she adds, noting there was a time she had no interest in pursuing parenthood. Her longtime relationship with Chlpman – which culminated in marriage last year – seems to have nudged Saliers to reconsider.

The creative alignment of the Girls, who as teens in Georgia once gigged as Saliers & Ray, is legendary. Some fourteen studio records, three live ones, and three best-of track a body of work that explores everything from Galileo’s discoveries to the Holocaust to the threat of nuclear war to the search for an authentic self, a theme revisited time and again in “Closer to Fine,” “Least Complicated” and many others.

Saliers is the first to criticize her earlier work.

“I had a certain naivete then about how the world works that I don’t have anymore,” she says. “The world is run by the great military industrial complex, by great forces of dark power, but I still believe that forces of good and benevolence and resilience are greater than those dark forces.” Saliers and Ray have long discussed from the stage and in their CDs’ liner notes the causes they believe in, focusing especially on Native American rights and on environmental awareness, promoting recycling and raising concerns about fracking.

While she says she still likes the let’s-roll-up-our-sleeves-and-work-together optimism of 1990’s ‘Hammer and a Nail’ (sample lyric: “My life is part of the global life/I’d found myself becoming more immobile/When I’d think a little girl in the world can’t do anything/A distant nation my community/A street person my responsibility/If I have a care in the world I have a gift to bring”), “it doesn’t speak to me the same way now. I am a better songwriter now in many ways than I think I was then. Maybe not to our fans, but to me.”

In “Able to Sing,” from 2011’s Beauty Queen Sister, the Indigo Girls’ most recent studio record, Saliers mixes metaphors and current events, something she’s long been wont to do. The lyrics meld references to the Star-Spangled Banner and a mysterious blackbird die-off she heard about in the news with allusions to nursery rhymes, in particular the one about “four and twenty blackbirds baked in a pie.”

“I would think someone listening to that song for the first time would say, ‘What the hell?’” she says. “I’ll start off by saying I have always had an affinity for birds, and I was looking at this terrible clashing of humanity and the natural world. Faith groups were seeing the die-off apocalyptically even as scientists were trying to explain it in their terms.”

Exploring that tension between religion and science, Saliers kept physicist Stephen Hawking in mind when she wrote this portion of “Able to Sing: “In the book of Steven there is no prophecy/’Cause there was no need for God in the way things came to be/Some live by faith, some live by proof/They don’t meet up on a friendly road or live under the same roof.”

For the upcoming solo effort, Saliers is collaborating with Lyris Hung, an acoustic and electric violinist appearing on some of the Girls’ dates this tour. “I write snippets of lyrics and send them to her, and she write snippets of melody and send them back to me,” Saliers says. “I love what she sends, I freak out over them every time. I am super excited for this project.”

As for the artists who move her most, Saliers mentions a Mary J. Blige concert she flew to Memphis to catch. “I cried from beginning to end,” she says. “She is so amazing.”

“I also like seeing local bands, like the Shadowboxers” from Atlanta. “They toured with us. I love those boys and I love their songs.”

Whether she is out hearing other acts or performing with Ray, Saliers says that, at 50, she is “fully appreciating the musical experience more than I ever have before.”

“Even though I take a lot more naps than I used to,” she adds, chuckling. 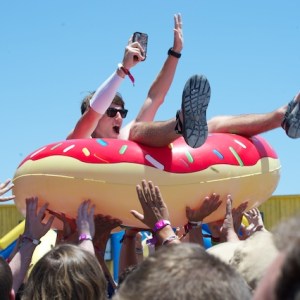 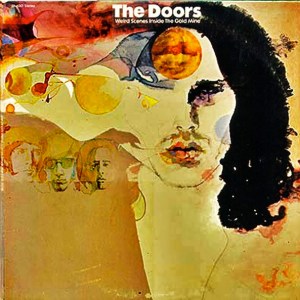