Nashville-based songwriter, Ingrid Andress, is a “terrible liar.” One listen through her confessional record, Lady Like, which will be re-released as a deluxe version on Friday, and it’s evident: Andress wears her heart on her sleeve as clear as the day is long. On the album, she sings of chance encounters at the bar, broken hearts, family and her signature scuffed-boot-brand of feminism. The deluxe version of Lady Like, which was first released in March just when the COVID-19 pandemic hit, also includes three stripped-down songs at the end of the LP, which both showcase and underscore Andress’ talent for emotive, honest and clear storytelling.

“To me,” Andress says, “it all comes down to the song. For someone who learned how to write in Nashville, there’s something beautiful about listening to a story without all the bells and whistles around it. Those can be fun, too. I enjoy co-producing and turning a song into a wall of sound. But I’m also a sucker for just focusing on the words.”

For Andress, who first fell in love with music at home in Colorado (her mother was her first piano teacher at 5-eyars old), music is a way to process her emotions, her day-to-day, her thoughts and internal verbal streams. Music – and songwriting, more specifically – is therapeutic. It can also be a window to a more complete relationship or collaboration.

“I appreciate when people are being authentic and honest with me,” she says. “So, I hold myself to the same standard.”

Andress says she learned about collaboration in Boston, studying song composition, history and theory at the prestigious Berklee College of Music. Growing up, she’d always appreciated music. But, Andress says, she didn’t know any professional songwriters. She didn’t conceptualize fully that songwriting or music was a worthy professional endeavor. Instead, she found sports to throw herself into in school, like volleyball, soccer and track. But then she found out about music colleges and the realization changed her life.

“That was a big pivot for me,” Andress says.

Ever since, the songwriter has continued to follow her passion for combining language with music. Andress, who fell in love with poetry as a student (in college, she adored Pablo Neruda), appreciated the depth of feeling that verse offered. With the poets she read, she found kindred spirits in the pages.

“It gave me a sense of belonging, emotionally,” Andress says. “And when I started combining poetry and music, I thought, ‘Oh, I guess this is songwriting!’”

Over the years, as she’s continued to write, record and perform, Andress has evolved her skills. She’s adept with melody. She’s strong-willed when she sings, each note capable of hovering between sweet and stern. Her music exhibits pop influences as well as country sensibilities. Given that, genre doesn’t matter to Andress, which is emblematic of her tastes. Growing up in Colorado, she was exposed to indie bands and rodeo acts. For her, when writing a new track, it’s all about what the song demands. Not – when it’s complete and she takes a step back – where it lands on record racks.

“It’s just one of those things that happened very naturally,” she says. “Because I have written in both genres for so long, they started morphing together without me even realizing it. I think that was why people at first were like, ‘Oh, we don’t know how to categorize this – this is scary!’ But I kept writing that way anyway and now we can put out those scary genre-combining songs. It’s just an expression of who I am.”

By betting on herself and her instincts, Andress has succeeded. To name one achievement, she can boast that she’s worked with the great Alicia Keys, co-writing material together in Keys’ personal studio. It was a dream come true.

“We just vibed,” Andress says. “We wrote at her studio in New York City. She hopped on piano, riffed some melodies. I tried piecing some words together. Then we switched and I’d go on piano. It was just this musical chairs of creativity. Her studio is beautiful and I loved everything she put in there, how intentional she is with her creative space. She’s a one-of-a-kind artist.

In addition, Andress has performed on high-profile national television shows and was recently nominated for Best New Artist at the Country Music Awards. Lady Like, when it was first released, peaked at number-nine on the U.S. Billboard Country chart and the single, “More Hearts Than Mine,” peaked at number-five on the U.S. Country Songs chart. It’s already been quite a journey.

“I love learning new things and being in new situations,” she says. “Those aren’t things you do everyday. If anything, I view them as new adventures.”

In the end, as one might expect, for Andress, it’s all about the music. Everything else is gravy on the bird. But it’s more than just composition or creativity that she appreciates about the important art form. Music is more diverse than that – and that’s precisely the point.

“I love that there is a song out there for everyone,” Andress says. “Even if you are best friends with somebody, you can also have a different favorite song. There’s something really refreshing about that. It’s a nice reminder that we’re all very similar and very different at the same time and that’s okay. There’s room for everyone.”

Her debut album, Lady Like, was met with widespread critical acclaim and is set for a vinyl release on 10/16 (PRE-ORDER HERE) 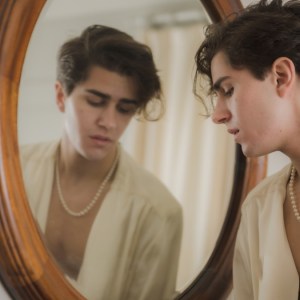