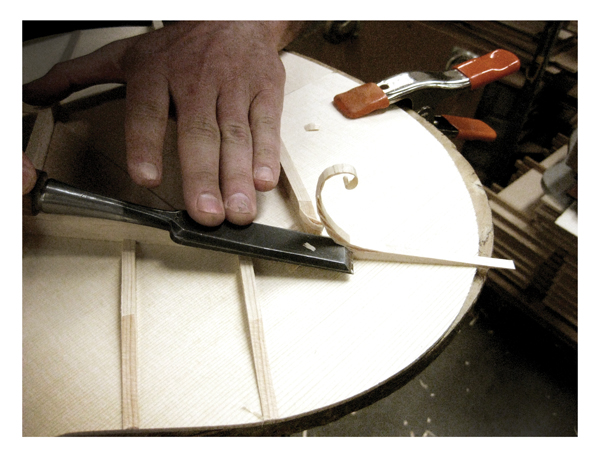 There are those that believe acoustic guitar design was perfected before World War II. But for the last 35 years, the Santa Cruz Guitar Company has been improving on the designs of the past and fine tuning them for each individual instrument that leaves their shop.

“We do a lot of Trojan Horse, stealth stuff,” company founder and owner Richard Hoover says. “The dangerous stuff is on the inside where you can’t see it.”

These refinements often advance the capacity of the guitar beyond what some thought possible; unbridling the tone, as if removing a blanket that was hindering the true sound of the instrument.

While the emphasis is on tone, consideration is placed into other aspects of the guitar, such as projection, volume, strength, durability, and aesthetics.

Most people are unaware that they’re already familiar with the sound of some of Santa Cruz’s guitars. Nashville session ace Mark Casstevens and his SCGC Vintage Artist model are predominately featured on Brooks and Dunn’s “My Maria” and Lee Ann Womack’s crossover hit “I Hope You Dance.” Casstevens also used his Santa Cruz guitar as his primary acoustic on the eight Garth Brooks albums.

Anyone who is unfamiliar with those songs is still likely to have heard Santa Cruz guitars, as the list of players ranges from behind-the-scene studio cats such as Casstevens and Richard Bennett to high profile artists like Eric Clapton and Elvis Costello.

The classic look of the Santa Cruz line is borrowed from the instruments of the classic era of American guitar manufacturing such as Martin’s dreadnought D-28, 00-18, and OM-28; and Gibson’s sloped-shoulder dreadnought J-45, Nick Lucas and J-185. Sometimes the external differences from the instruments that inspired them are so subtle that only the astute guitarist would notice: lack of dot inlays on the fingerboard, a different ornamentation not usually found with a guitar made of a given tonewood, and, of course, the name (or in some cases, just the initials) on the headstock.

However, Hoover believes that through the years some aspects have changed regarding what musicians require from their instruments. For example, the dreadnought’s size was developed in a quest for volume in order to compete with other louder acoustic instruments, where now that problem can be solved by stepping up to a mic or plugging the guitar in. So instead of just trying to obtain more volume, the emphasis of the design can be for tone.

Conversely, development of newer designs and understanding of materials allow smaller instruments to produce a wider range of tone at a greater volume.

Santa Cruz’s 12 craftsmen produce about 700 guitars a year, which is what the major U.S. guitar companies produce in a week, according to Hoover. Since the production emphasis is on quality and not quantity, only the finest available tonewoods are sought out and used on SCGC’s instruments.

“In true lutherie, the material is essential to the quality of what you do, and you can’t get sophisticated sound without the proper treatment and choice of wood,” Hoover says.

The search for old harvest traditional tonewood spans the globe, but sometimes the search is made easier because of Santa Cruz’s reputation. “What’s neat about this is wood now finds us,” he says.

Some instruments have an interesting history before they’re even built. There’s a source of Brazilian rosewood from a defunct knife company in Sweden that used to use the wood for handles; there’s a stash of wood that was recently discovered that had been stored away by a Spanish cabinet maker who had passed away some time ago; and Hoover recovered a beam made of Adirondack spruce from a building that was erected in 1897.

But Santa Cruz also uses new stock of responsibly harvested wood as well.  Hoover states their green philosophy extends from the company’s beginning, long before it became fashionable to wave that flag.

“In the last couple of years some influential people convinced me that it’s an important story to tell because it helps people realize they can get the best stuff out of responsibly harvested material.” 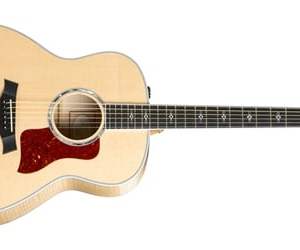 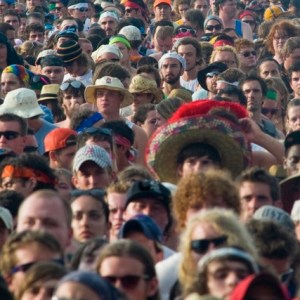