Santa Cruz Guitar Company celebrates their 40th anniversary with several new models, including a guitar crafted from 11,000 year old tone woods and the rebirth of a classic SCGC model.

Richard Hoover, owner and founding luthier of SCGC, was gifted a set of 8,000 year old Oak from the Czech Republic, and paired it with a 3,000 year old set of Ancient Sitka Spruce to create a stunning, one-of-a-kind H/13 model that has been lovingly nicknamed ‘The Ghost Oak.’ Glacial upheaval, plate tectonics and incomprehensible volumes of moving water created and moved the sand that buried the Ghost Oaks for nearly 8000 years. A nearly anaerobic entombment kept the integrity of the original timber intact, save for the gradual oxidation that colored the oak a smoky silver blue.

This incredibly rare material was gifted to Richard by Roman Zajíček, master luthier of the Czech Republic, whose shop lies within hours of the Ghost Oak’s resting place at the bottom of a sand mine.

The Ancient Sitka Spruce fell to the whimsy of a climatic shift three thousand years ago, and was preserved in the resulting permafrost. It likely attained 200 feet in height and over 10 feet in diameter, after the better part of a thousand years of growth. The warming of the Alaskan seasons allowed a gradual thawing of this time traveler, perfect for maintaining its integrity and perfect timing to be discovered by noted Alaska pioneer of responsible harvest, Brent Cole.

The guitar will be adorned with Snakewood appointments, including Snakewood bindings, overlay and century blocks in the fingerboard, to highlight the natural beauty of the wood. The Ghost Oak has layers of texture and figuring, and the Ancient Spruce is eerily blue in color.

2016 will also see the rebirth of the SCGC FTC Model. Richard and his luthiers had such a wonderful time restoring a 1980s FTC for Eric Clapton last year that they’ve decided to bring the carved back, F cutaway model back for a limited run of 12 guitars in 2016. #1 of 12 was featured at the NAMM show, and they will release one a month after that for the entire calendar year, available at select SCGC dealers. Each limited edition model will vary in tone wood and finish to make them truly one-of-a-kind.

The final commemorative showpiece  to celebrate the 40th anniversary will be a Custom OO Model, built with Brazilian back/sides from Richard’s personal archive of old-growth Brazilian and a 100 year old German top that was passed down to him from Jean Larrivée, who was gifted the set by famed German luthier Edgar Munch. It can be difficult for a luthier to make the decision to use precious sets of tone wood, but Richard would rather see them be of service to the world than sit in inventory. 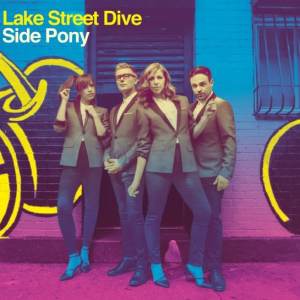 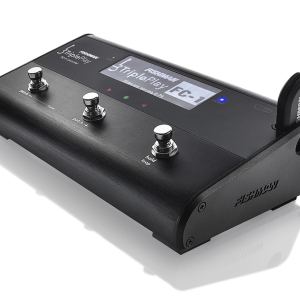