One afternoon back in 2011, Iris DeMent sat down at her living room piano and began flipping through a book of poetry her friend had lent her by the late Russian poet Anna Akhmatova. By the time she finished reading the first poem that she had flipped to, DeMent had already turned it into a song.

As DeMent kept reading, music continued to pour out. “The first four or five poems I read, I wrote the melodies as I was reading them for the first time. That’s how weird it was,” she says, calling from her Iowa City home on a recent afternoon in June. When I call, she has just finished listening to her new album, The Trackless Woods, a 16-song collection of poems by Anna Akhmatova that DeMent has arranged and set to music. It’s the first time she’s listened to the record in more than a month, and the ever-humble DeMent is going through what for her has become a familiar routine of doubting her own music. “I was in my critical phase, but everything’s like that. You’re content one day and miserable the next. I’m used to it.”

Mostly, though, DeMent feels proud of her latest album, which was a project unlike anything she’s ever attempted in her 25-year career. “It’s really cool for me because I’m 54 now and there’s been a part of me that feels like, ‘Well, what do I do now, what’s there?’ And this has really made me aware that there’s a lot there. I just had to let go of some of the old places.”

For longtime fans of the country singer-songwriter Merle Haggard once famously called “the best singer I’ve ever heard,” part of the thrill of DeMent’s latest album is hearing the singer reinvent her voice by taking it places it’s never gone before. The majority of songs on The Trackless Woods are intimate piano arrangements of elegiac hymns and stately parlor tunes that find DeMent opening up her voice for the first time, with a near-operatic quality of full-bodied release.

On songs like “Prayer,” “The Souls Of All My Dears,” and “From An Oriental Notebook,” DeMent’s voice quivers and shakes with pain and sorrow, channeling the deep-seated anguish that defines the poems of Akhmatova, whose own life as an outspoken poet in Stalinist Russia was marked by constant fear and tragedy. Toward the very end of the album, after a dozen-plus songs of grief and loss, DeMent delivers one of Akhmatova’s most haunting lines: “Thank God there’s no one left for me to lose.”

During the early and mid-’90s, DeMent was one of the most revered country-leaning singer-songwriters in the country, earning accolades from everyone, from Steve Earle to 10,000 Maniacs. But after her 1996 album The Way I Should, DeMent wouldn’t release another record of original material until 2012’s country-blues love letter Sing The Delta.

Despite the long gap between albums, DeMent knew the time was right to try something different after Delta. “So much of my music has always had this sense of place: the part of the country that we came out of and my connections to the people who raised me. Most of them are gone now. My mom’s gone, my dad’s gone, a lot of my older siblings are gone. I just surrendered to this letting go and opening up to a new universe,” DeMent says of Akhmatova’s poetry. That universe, crucially for DeMent, also bears a strong connection to her daughter, who was adopted from Siberia when she was almost six years old. “Without even really being conscious of it,” she says,  “it was a natural time for me to open up to this other life experience.”

One of the most moving aspects of DeMent’s latest work is the seamless gap she bridges between Akhmatova’s Russia and her own Arkansas Delta upbringing. “It was interesting to me with all these lyrics that I did not feel a cultural divide,” she says.  When discussing “From An Airplane,” one of the few unabashedly upbeat songs on her new record, Dement says, “I read that poem and I thought, ‘Johnny Cash could have written this song.’ I had cotton fields in my mind.”

But the most moving moment of the album comes late, when DeMent sings “Last Toast,” a minute-long recording that, with DeMent “drinking to the hells” and crooning about lost faith over a sparse electric piano, sounds like a long-lost Merle Haggard ballad. “It has that dark element that was in old country, back when they were really telling you the truth,” she laughs.

“I’m not trying to put on a show,” DeMent continues. “I’m trying to live and explore and get down to the heart of whatever I’m capable of getting down to, and then put it out there. And that’s what I did.” 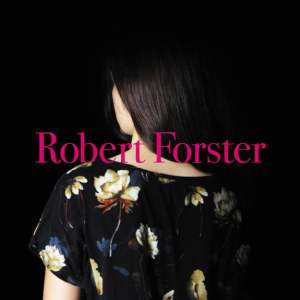 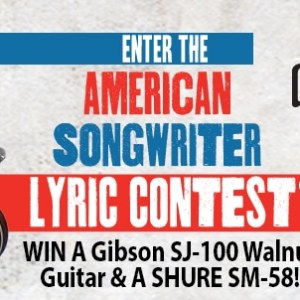