On his latest track “Tompkins Park,” Jack Symes finds uneasy comfort and companionship in the urban oasis of New York’s famed Lower East Side landmark and the unique characters who inhabit the tranquil, offbeat locale.

“Tompkins Park” features a lightly strummed guitar, subtle electric guitar chord embellishments and horn stabs, held together by Symes’ weary sounding but compelling vocals. The contemplative and therapeutic slice of life narrative, the title track from his sophomore release, tells the tale of a newcomer to the city, unsure of his place but fascinated by the possibilities.

I was stranded at Tompkins Park,
I was wasted, locked my keys in the car
So I stepped into the corner bar
Never been there so alone before
But here I am, with a borrowed pen
I think I’ll keep it, take a dollar when I can
I feel so useless, cell phones dead
Maybe I’ll stay here, and make this booth my bed

“I wrote the song when sitting at a bar called 7B which is right next to Tompkins Square Park,” the California-born songwriter revealed to American Songwriter. “I was waiting for my girlfriend to get off work and let me into her apartment. My phone was dead, and I was having a beer at the bar. I asked the bartender if I could borrow a pen, she reluctantly obliged, and I grabbed a napkin and the song just kinda flowed right out. I don’t think there was any intention when I started writing, but through the process of writing, the meaning and message of the song somewhat slapped me in the face. It felt like I accidentally walked in on a therapist who just so happened to be waiting for me to tell me about some tough shit I was feeling.”

I was walking through Tompkins Park
Summer faded, 5 o’clock and getting dark
A man there told me he’s the son of God
He sat there cross-eyed with toenails rot
But who am I to say this man’s no Lord
When I can’t even tell a goddamn lover from a door
Wish I could scream out these lungs for good
But I don’t know what I’d scream if I could

There’s a unique quality to Symes voice, a throatiness that draws listeners in to hear his stories. It’s an important characteristic classic singer/songwriters of the ‘70s were able to master, commanding the listener to pay attention to the details contained in the lyrics. Symes cites that golden era of writers as influences along with a modern list who inspire him.

“Neil Young, Harry Chapin, Townes, Harry Nilsson, Joni, Marty Robbins, Lucinda, Leonard Cohen, too many to name. I was recently introduced to Arthur Russell by my buddy Steven Van Betten, and that has been a truly mind-blowing journey. But some more contemporary songwriters that I’ve found really inspiring would be Mason Jennings, Kevin Morby, Buck Meek, Julia Jacklin, Dylan Rodrigue, Will Fox, and Mimi Gilbert.”

For those who have never been to Tompkins Square Park, Symes has an apt description.

“Tompkins Square Park is a wonderful place in the East Village of NYC. There’s a cobblestone walking loop lined with dark green benches and fenced off shrub gardens. My favorite spot to sit there was in the large circular paved courtyard closer to Ave B than A, where I’d enjoy the characters both passing through and setting up camp for who knows how long. It’s not as busy as your larger NYC parks like Washington Square Park, and it’s also further from the subway so you don’t get those crowds as often. The retired tennis/basketball courts (I think) host tons of skaters most days and make for a nice morning of people watching.”

The full-length features 12 folk-influenced songs written by Symes while he made the move from his native California to New York. Always a seeker of new experiences, Symes left UC Berkeley his junior year to spend time in South America, where he played music at songwriter nights. Upon returning to the States, he drew from the experience and began writing his own material using pen and paper.

“I really enjoy the finality of using a pen and not a pencil, not having the ability to fully erase something I’ve written down. Yeah, I can cross it out, but I try not to cross anything out so extremely to the point of not having access to it again down the road.”

Of course, modern technology also plays a part in his writing process, particularly for capturing those oddball sounds which can wind up as ear worms or provide inspiration for new melodies.

“I do keep notes though on one very exhaustive iPhone note and use voice memos to log melodies I find nice when singing on a walk or something, or even recording a voice memo of an interesting sound I encounter. For example – I had to drop off a Christmas present to my parents’ friend this past December and their doorbell ringtone was fantastic, so I rang the bell a second time and recorded it.” 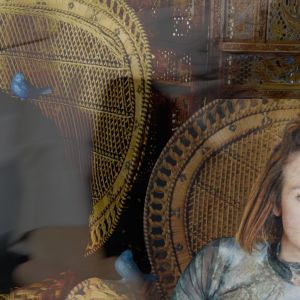 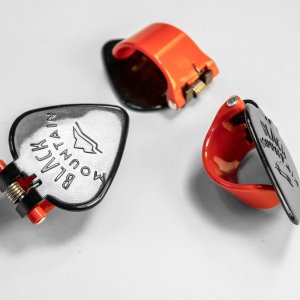