This article originally appeared in the September/October 2008 edition of American Songwriter magazine.

Pacific Coast Highway remains two mostly sun-scorched lanes of black top, tar veins filling the cracks as it wraps and clings to the edge of California. It is in some ways a sleepy little road, one that moves slowly-as much because of its twisting nature as the cargo of surfers, canyon rats and movie stars that traverse it.

Below-and at times beside the PCH, the ocean churns and hurls giant salt tumblers towards the sand. Dotted with people in skin suits on various boards, there is a timelessness to the scene that remains more unchanged than speeding towards modernity at warp speed. It is as it is, as it was, as it shall be; only the violence of nature shall truly change the reality of the beach, the shoreline and the highway that runs along its edge.

Even the Malibu Motel remains a cluster of mud fence brown shacks. For all the affluence, some things are fated to be what they are. It is so California, and it is in many ways so Jackson Browne, the bard/poet/cartographer of the phases and hallways of the human heart in its best and at times most challenged states of being.

Jackson Browne in some ways seems unchanged, too. The eyes are clear and searching; there is just a hint of gray in his hair. The same calm that’s always been there emanates from him in a way that allows his passion to not be strident or overpowering, but more a call to inspiration.

It’s been since 1972’s Jackson Browne-known to some as Saturate Before Using for its radiator bag-evoking cover-which presented a man sensitive enough to know the truth beyond the surface who was willing to show the quiver and the doubt. “Song for Adam” embraced a friend whose suicide offered far more questions than resolution, while “Rock Me On The Water” offered a square look at ecological balance in a world consumed by consuming.

In many ways, the dice were forever cast.

Jackson Browne: Romantic ideal. Ideological conscience. Greenpeace. No Nukes. Cesar Chavez. Jerry Brown. Musicians United For Safe Energy. At times, the albums would become pointedly political and globally conscious-Lives In the Balance, World In Motion-but always that framing would come from the same humanistic place that made Late For the Sky and The Pretender resonant records for the singer/songwriter movement coming out of Southern California in the ‘70s.

“While I was writing these songs,” Browne said in 1987 of Lives In the Balance, “I wanted to be careful not to harangue people. I wanted to talk about these things in a way that was from the heart, and not put people off, because people are uncomfortable with political songs and talk because it implies they have to do something, or should.”

Lives In the Balance raised visibility for the conflicts in South America. It was deeply political, but grounded in heart. In some ways-following his pop success with The Pretender and the seminal life-on-the-road chronicle Running On Empty, as well as the personal look at his immediate world on Hold Out–this seemed a watershed, as the politics came front and center; the love affairs moved slightly back.

With Time the Conqueror, to be released September 23, Browne again embraces the political…but the merge now seems complete. Though there is disparity between the largest frame and the most intimate engagements, the activist inside him sees one as inspiring the other.

“Since I began writing songs that are political and social songs, they have always been accompanied by some of my personal songs,” confesses the slight 60-year-old musician. It is not an apology or a compromise, but the state-as he’s seen it-of truly working from his deepest places.

The personal is in its own way political. The lost souls in “The Arms of the Night” are refugees betrayed by their own hunger, while “Off Of Wonderland” intertwines the innocence of a young man embarking on a life of song with the hopes of a nation facing a new day and a new way of thinking, vis-à-vis the Kennedys and Martin Luther King.

“There is the impulse to be a force of good in the world,” Browne offers. “There are a lot of loving, hardworking people with these impulses who need to pay attention to what’s being done in their name. There was a moment when people let go of some of their optimism and idealism…and a lot of things weren’t really addressed. They’d killed King and Kennedy. What was happening to us?

“So it’s not really whether you talk about politics, but how well were you able to do it. Peter Gabriel and Sting get away with it…U2…the examples are there, of people being able to carry these subjects in the music, and the audience is absolutely able to embrace subjects that aren’t just stuff they already know about. And they’re actually able to learn stuff.” 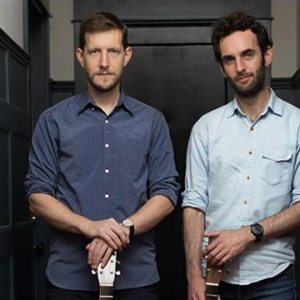 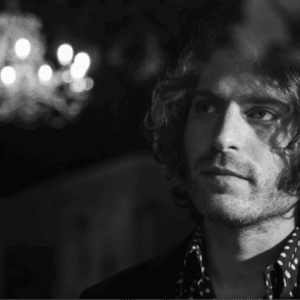