Search
Cart 0
Menu
performs onstage at the ACM Party For A Cause: Songwriter Showcase on March 31, 2017 in Las Vegas, Nevada.

Not every Grammy-nominated songwriter can create an acclaimed documentary about their toddler years being raised around a local strip club. Luke Dick not only lived it in the late 70s, he also celebrates it in Red Dog (Music from the Documentary). Pieces of what feels like evocations of Ziggy Stardust glitter Bowie, Prince at his ‘80s funkiest, B&D strip mall supertonk (as in Brooks & Dunn), gut/slide guitar sanctification equal parts Sturgill Simpson and JJ Cale are stitched together with pieces of interviews from the ones dancing and bouncing at Oklahoma City’s notorious Red Dog Saloon.

His gritty self-funded doc was causing quite the buzz on the film fest circuit before COVID shut the screenings down. Exploring his unlikely roots through interviews his mother and her friends, Dick offers a nonjudgmental exploration of the motivations, moments and free spirits who populate bars where women remove their clothes for a minimal wage and tips. It also considered the soul that underlies the community he was raised in.

“Before I even began the filming process, I was writing songs,” Dick, the stealth weapon co-writer for Eric Church, Miranda Lambert and Dierks Bentley, says about (Music from the Documentary). After all, a notorious Oklahoma strip club, the dancers and bouncers who created lives out of the booming music, sparkly G-strings and  stiletto heels provides fertile inspiration for loosely connected songs culled from the story. “I always smell the song story. I could sense the song-story even before I interviewed my mother, even before I explored the topic.”

Capturing the facets of the “world” and the characters, Dick creates sonic tags and themes for the film. As importantly, though, the songs work as pure and delicious listening.

Mining deep dish bass lines of the ‘80s, fat guitars from rock and disco, Dick wrote what could be considered a Leon Russell/Shelter Records version of music to drop your clothing for dollars to. Perhaps the need to dance to the tracks, or just childhood infatuation with the lights, the sequins, the notion of not quite knowing what’s going on, inspiration abounded.

“Look at ‘Nasty Kathy,’” he says, unpacking some of the methodology. “It’s a funky Fender Rhodes (keyboard) vibe, interesting, uplifting and beat heavy. I remember my Mom saying how Kathy really loved the song ‘Black Cow’ from Steely Dan, and I’d love to do a dry groove, so…”

So, indeed. Not only does (Music) tap his own past, nostalgia for these influences drew many of his famous friends to the project. Dierks Bentley appears on the strutting “Blazer,” while High Woman/solo artist Natalie Hemby shares the tenderness of the closing “Mothers & Sons.”

“Dierks rolled up in a Blazer the first time I met him with this heavy metal blazing,” Dick chuckles, “and Natalie loves to go sentimental. This mother/son relationship that’s not talked about is so important. You know, the simplest relationships give us a strong way forward.”

A one-time philosophy professor, seeing those deeper meanings comes naturally. The sensational and the flashy obviously stand out; but beneath the flare, there’s the humanity. It should be noted: his mother quit the game, but not her friends — and his mother believed in the multi-instrumentalist’s talents, dreams and ability to be more.

“My Mom harped on me every day: ‘You’re gonna go to Harvard. You’re gonna get an education.’ I had as much chance of going to Harvard as she had of dancing in Vegas, but I remember them going to Tulsa to see the dancers there, coming home, and deciding they were gonna be good right where they are.

That crazy, brazen reality-bending notion drove him as a young man, coming to Nashville and leaving, starting bands, retro-fitting a double-wide trailer in Texas because it “was the only way we could afford to make a record.” With a degree from a community college, a fire in his gut, he learned to duct tape dreams and keep climbing.

Perseverance, adaptability, it’s all there. “Polyester” pairs him with Miranda Lambert. The pair, nominated for a Best Country Song Grammy for “Bluebird,” serves that glass half-full sense they share. Not originally slated for the doc, film supervisor Carter Little suggested it.

“Miranda, like me, knows the reality of coming from not much, and suddenly all this opens up to you. The idea of the two worlds, she knows,” he says of the convergence. “Carter said. ‘Of course, that will be the credits,’ and he’s right. It really explains all of it.”

Though a small child when he was in the dressing rooms and around the parties, the dancers and their sexuality left the indelible impression his home state did..

“Oklahomie” lured the Black Keys’ Patrick Carney. Looking back at the track, he says, “All we had was this wild dobro. I wanted this weird mosaic of images, because driving I-40 through Oklahoma, it’s a tumble of all sorts of crazy stuff… Patrick got that groove/beat, feedbacking, broke down sonic idea.

“We needed a hype song, something that really boasts and breaks out. This is that.”

Where sonics meet lyrics seems to be the igniting point. Not only toasting people he loves, he’s trying to create a charge that evokes more than details. Serendipity, attitude and Jessi Jo Dillon’s tshirt inspired “Kool,” perhaps the most direct homage to a stripper’s esprit du Coeur.

“Jessi go came in with a Kool tshirt, the cigarette brand, and my Mom smoked Kools,” he says with a smile. “The idea of cool with a ‘C’ isn’t interesting, but with a ‘K’? Then we were off. That second verse, those lines ‘if she were a color, she’d be neon green/ Like the ad in a Playboy magazine, selling that feeling on the side of her smokes…’?”

A feminist, he doesn’t judge. He explains stripping may be the only way an 18-year old woman without an education could earn a middle class living. That moxie and the Teflon-response to judgement clearly impresses and inspires him still.

“You’re essentially talking to women in their 60s and 70s about an unconventional lifestyle that’s still taboo, yet ingrained in the culture,” he offers. “It’s hard to ignore, and I don’t know if it’s the underbelly or the ribs. But, you know, these women… they’re outlaws who went out, and lived their lives with all that comes with it. They had fun, and they were living on their terms – and they didn’t care what you thought.” 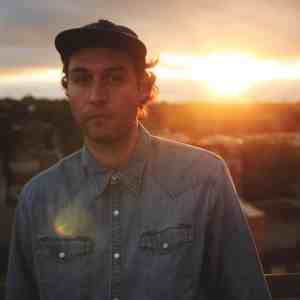 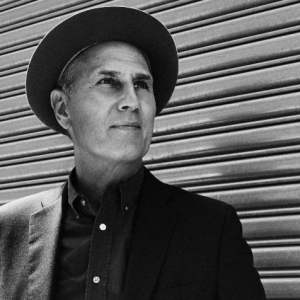