Most of James McMurtry’s songs are populated by rural and small-town characters, but these are not pastoral hymns to the easygoing joys of country living. These people have it just as tough as anyone in a big Northern city; it’s just that their challenges take different shapes. And because the singer-songwriter gets those shapes just right – refusing to soften or exaggerate their edges – he has to be considered one of the most realistic chroniclers of rural American life in this new century in any medium.

The first voice we hear on McMurtry’s new album, Complicated Game, for example, belongs to the owner of a small-town hardware store. We eavesdrop on him in the middle of an argument with his wife as he says, “Honey, don’t you be yelling at me when I’m cleaning my gun. I’ll wash the blood off the tailgate when deer season’s done.”

From the world-weary tone of McMurtry’s voice as he delivers the husband’s warning over an acoustic guitar’s descending line, it’s clear that this argument has been going on a long time. It’s not that the husband and his wife hate each other; it’s just that – like 99 percent of married couples in the real world – they get irritated by the constant need to negotiate minor differences. No, he won’t clean off the truck, but he will shovel the walk. No, he won’t go to church, but he will split some firewood.

“The characters in Copper Canteen seem determined to make it,” McMurtry says over the phone from a Wyoming motel, “in terms of both their relationship and survival in general. Working those things out is a major part of life for most humans. In your 50s, you’re not apt to get upset by every little thing. You pick your fights better; you pick the ones that matter, hopefully the ones you can win.”

This is a very different vision of life in the hinterlands than what you get from most country-radio stations. This is not the old folks at home in the cabin on the hill. This is not the choir in harmony beneath the old rugged cross. This is not the young folks by the swimming hole with a beer keg in the pickup and a scantily clad, always agreeable babe in the shotgun seat. This is something else.

“I once spent a year in Nashville,” McMurtry recalls, “trying to write songs for a living, and I found that people there take their work very seriously. They write some songs that they keep for themselves and those are very good, but the songs they’re pitching are the ones that are going to sell. And what’s going to sell is not reality. It’s going to be a song about the old homestead. I know what really happened to the old homestead: Good ol’ Uncle Earl died, and evil Aunt Frances stole the property. There’s no way that song’s going to get on the radio.

“That’s not to say that my songs are real; they’re realistic fiction. I very rarely write about anyone I know. My son is living in Nashville now, and the publishers tell him, ‘Stop writing that stuff. People don’t want hear that. Write about beer and trucks.’ I can’t write songs about beer and trucks. I’m lucky that there are enough people who want to hear what I do write about.”

I first heard “Copper Canteen” at the Bristol Rhythm & Roots Reunion in Bristol, Virginia, in September, 2013. McMurtry was playing on a small stage in the town’s downtown park, just a few blocks from where Jimmie Rodgers and the Carter Family launched modern country music in the summer of 1927. And McMurtry’s bittersweet depiction of rural marriage was not so different than Sara Carter’s take on the fates of the two women in “Single Girl, Married Girl.”

“I wrote this about the lakes region up in northern Minnesota,” he told the crowd, “where they still go ice fishing.” Black corkscrews of hair fell out of McMurtry’s cream-colored Panama hat and framed his salt-and-pepper goatee. He picked out the descending melody figure on an acoustic guitar, while drummer Darren Hess and bassist Cornbread provided the pulse and Tim Holt supplied the chords on a toy accordion. On the middle verse, McMurtry recalled the happier days of courtship, when the hardware-store owner and his wife went to dances at the Copper Canteen.

The singer quickly wrenched us back to the present, though, to a time when “the big boxes out on the bypass are shaving us thin.” Corporate muscle intrudes even into the privacy of marriage, he implies, where dwindling income makes both spouses both more irritable and more in need of comfort. “When I wake up at night in the grip of a fright,” McMurtry sings, “you hold me so tight to your chest.”

McMurtry’s singer-songwriter son Curtis plays banjo on the studio version of the song. The youngster released his own debut solo album, Respectable Enemy, last year. James’s father Larry is the longtime novelist best known for Terms Of Endearment and Lonesome Dove. All three have been inventing characters to populate the small towns of their “realistic fiction.” The 24-year-old Curtis is still learning his craft, but the 52-year-old James and 78-year-old Larry are acknowledged masters of the work. It turns out that putting such stories between the pages of a book pays a lot better than turning it into ones and zeroes on a compact disc. 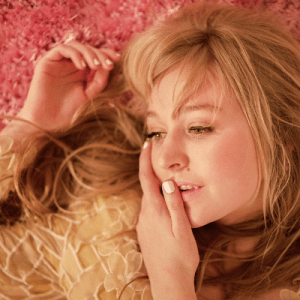 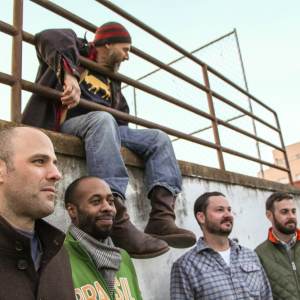