“Asking For A Friend”

Have you ever felt you had to smile, to prove that you were there?

Have you ever felt you had to laugh so people wouldn’t stare?

Have you ever tried to reconcile the anger from the pain?

Are there times you just can’t recognize how it got so bad?

Are there times it’s hard to count the days of happiness you had?

Are there times you’ve turned to something else to bury all your hurt?

Are there times you have had to dig it up and brush off all the dirt?

Is there something that you need to say to make it seem alright?

Is there something you can drink today to heal you by tonight?

Is there something you can throw away, that you won’t really miss?

Is there someone you can hold onto to with magic in their kiss?

How do you know just when to show your world is crashing down?

The perfect time to be resigned, can’t always play the clown

How can it be so difficult to let another in?

I can be a friend to you, if you can be mine too.

Brother you can cry with me and I will cry with you.

Life is hard enough to feel you have to make amends

I can be your friend

“Between The Heaven And The Ground”

On the coast of Carolina

My brother and me

We stood atop the sand hills

By the Albemarle Sound

With a mind to sail across the open sky

We hailed from Ohio

Folks said that we were crazy

How he came crashing down

God would have gave men wings if they belonged

But when I close my eyes at night

The vision is the same

And I hear the clouds whisper my name

Those who doubt our intentions

They will never understand

How it feels to burn with passion

To build a dream with your hands

The wind blew off the water

As on the hill we stood

Next to our winged invention

Made of wire, cloth, and wood

My brother cranked the engine

My heart began to pound

I climbed aboard and set a course

If I lived a thousand lifetimes

I could not forget the day

I rose up into the cool morning air

And I watched the earth fall away

There above the sand hills

By the Albemarle Sound

Between Heaven and the ground

We proved that day the dreams could fly

Between Heaven and the ground

Bobby was a barber, some 50 years or more

He came back home to that river town, after fighting in the war

All his navy medals, hung above his chair

Hid the untold stories, he never used to share

A young stranger came into his shop on a Friday afternoon

Found himself unraveling, his life since Camp LeJeune.

All the ways he struggled, for a peace since he’d come home

Bobby nodded in the mirror, said “son you’re not alone.”

He said the river keeps running, the current always flows

Just changes her direction, when pushed against the stones

As all questions find their answers, with a little faith and time

The river can teach you, how to heal your troubled mind

Bobby became a friend, like a father to the man

You can make it through the waters, when someone believes in you

And in that tiny town, people never change

When they laid him in the ground, everybody came

Bobby’s legacy lives on now, in the wisdom the young man shares

While he listens to the stories of the soldiers ….

Out by mile forty-nine

That I was sure by now somebody would’ve bought

‘Cause it’s a magnet to the eye

For all the traffic going by

And every time I get a glimpse I get the thought

That I ought to test my luck

It’s just been sitting in the driveway since she died

The more her dreams start creeping in

And the image just gets brighter in my mind

Where the coffee’s fine

With that picture of her grinning

While the oven’s catching fire

There’s a spot I’m looking at

Used to be a laundromat

But it’s all been boarded up since early May

And you haven’t been since Patty passed away”

‘Cause I’m sitting up at night

With her talking at our table late last year

When the radio comes on

And there’s an ad between the songs

It don’t take all that long

Where the food is fine

But the folks are finer

And she’s laughing while she does it

But she’s serious as hell

I can hear her now

I never did much dreaming on my own

Patty did the scheming for us both

Now everybody’s living like she never lived at all

She was already pretty sick

And the treatment wouldn’t stick

You could tell by then what everybody knew

And I couldn’t understand

How she could keep on making plans

She’d say “Holly what else am I s’posed to do?”

It was hard to overlook

that she was such a lousy cook

She could hardly fry an egg to save her life

But if you harbored any doubts

She knew how to talk ‘em out

And make you certain that it all would sort out right

Where the coffee’s fine

And the company’s finer

The kids could wait the tables

While me and Bill pick up the slack 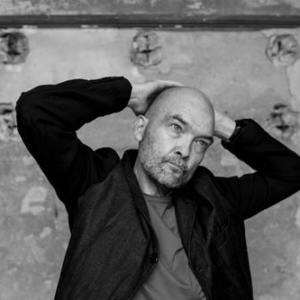 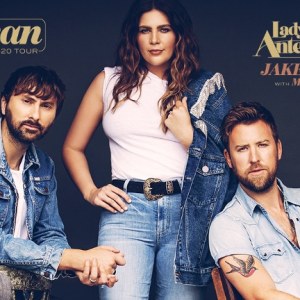