Calling from her home in Nashville, country star Jana Kramer says that when her new single, “Untouchable,” premieres on April 17, she hopes it will give her fans something inspiring and uplifting during the current COVID-19 pandemic.

“I didn’t anticipate releasing the song until later this year,” Kramer says, “but I realized, obviously it’s called “Untouchable” and you can’t really touch things right now. But it’s more the message of, when you’re in a relationship, and nothing can break that love or put fear on it. Nothing can break the love that you have with a family member or your spouse or partner.”

Kramer says she also felt moved to release the song after being strongly affected by what she’s seeing what many people are going through right now. “People that are losing loved ones, they’re not even able to hold them and give them hugs. But love goes beyond physical touch – that love is so strong that people feel it regardless of a hug or being touched. I thought that message could be a powerful one to display.”

Although “Untouchable” has a timely theme, Kramer actually wrote the song 10 years ago. “I was single at the time,” Kramer says (she married former NFL star Mike Caussin in 2015). “And I was sitting in my East Nashville house, and my girlfriend Emily Shackelton was playing the piano and Nicole Witt was on her guitar. I said, ‘I want to write about that relationship that is just going to be there – are you going to be in this with me or are you not? Because I don’t want to waste my time if this isn’t going to be the real deal.’ So just being strong in that message.”

This original version of “Untouchable” came together quickly – “It took us maybe three or four hours to write it,” Kramer says – but then it stayed on the back burner for the next decade because she didn’t feel it fit on either her self-titled debut album, or Thirty-One, her 2015 follow up release.

When the pandemic situation was evolving, though, Kramer knew that the perfect time had finally come for this song to shine. Along with a few lyrical tweaks, they also changed the original ballad format to something more uptempo because, she Kramer explains, “We wanted it to have a little bit more hope behind it: nothing can touch our love, nothing can shake it, nothing can break it.”

Now that “Untouchable” is finally being released, “I just hope that people connect to it and love it,” Kramer says. “I’ve always wanted [my] music to be able to touch people in some form or fashion, and I want people to know that you’re not alone. For the single girl listening to it, you’re not alone in wanting that great love that’s there for you, and you’re also not alone for wanting that great love. For those that have that amazing, untouchable love, then continue to nourish it and feed it and continue to grow with it.”

Chances seem good that Kramer’s fans will connect with this new song, if her past success are any indication. Both of her albums charted, with singles like “Why Ya Wanna” (2012) and “I Got the Boy” (2015) doing particularly well, hitting the Top 10 country singles chart. She’s also been nominated for several awards, and won the “Top New Female Artist” at the 2013 ACM Awards.

Kramer thinks that she’s bonded so well with listeners because she strives to be authentic. “I think it’s because I release things that I’ve been through. It’s very hard for me to sing something that I haven’t been through, and I think that’s how it then relates to other people.”

Kramer personally understands the importance of connecting with an artist’s work. In particular, she says that Mindy Smith, Sara Bareilles, and Dixie Chicks were particularly inspiring for her. “And James Taylor. To this day, any time I need to feel like I’m back home, I’ll listen to “Fire and Rain” and it just puts me right back to the campfire in my place favorite place up north,” Kramer says, referring to her native Michigan. “It brings me so much peace and relaxation.”

Kramer also found inspiration within her own family. “My dad was a musician. He was always playing in different wedding bands, so he would have me singing onstage with him. I loved performing.” Now, she says she is grateful that this has become her career. “Music helped me in so many ways. It’s been really nice to be able to give back in a way that music’s given to me.”

Besides her successful music career, Kramer has also found fame with acting, appearing in several television shows (with an especially notable turn on One Tree Hill) and films. In 2016, she finished in fourth place on the 23rd season of Dancing with the Stars. And, since May 2019, she and her husband have done a weekly podcast. It seems like a lot to juggle, but Kramer says she enjoys it all: “I personally like to have a lot going on because that’s how I feel like I can be more creative.”

But Kramer says she is also enjoying spending extra with her family lately. “It’s been a joy,” she says of spending the pandemic-imposed self-isolation together. “I’ve enjoyed every second of that. It’s been amazing. I’ve thoroughly enjoyed spending as much time as I have with my kids.”

As for her post-pandemic plans, Kramer is hopeful that things will get back to normal soon, because “We’ve got things in the pipeline, I’ll say that. Fingers crossed it comes through.” And, she adds, “I want to give a lot of people hugs – just a ton of people!”

You can get the track on AppleMusic or Spotify, and listen below. 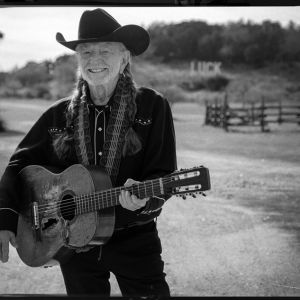 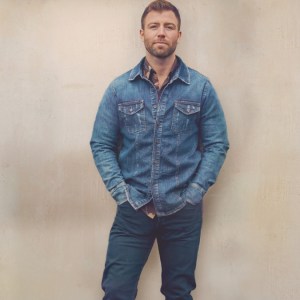