Ellsworth, Maine-based Brian Estes scored top honors for the January/February 2021 American Songwriter Lyric Contest for his song “Some Boys Grow Up To Be Soldiers.” American Songwriter caught up with Brian to get the scoop on the lyric’s inspiration and his musical influences.

What was the inspiration for “Some Boys Grow Up To Be Soldiers”?

The character in this song is nobody in particular.  We all know him.  He’s somebody’s uncle, friend, neighbor, father, son.  He’s far from perfect, but when he served he was willing to lay down his life.  It didn’t come to that, but he lost some essential part of himself along the way. I think of this as an anti-war song.  Not a song about the men and women who die in wars, but about the survivors who return to find home is no longer their home. Of course “he’ll never admit what it cost” and so there is nothing to do but soldier on.

I’ve been writing poetry since I was a kid, even wrote a book of kid’s poetry as an adult, but I started writing songs regularly maybe about fifteen years ago.  Before that I was an appreciative listener.

It’s a slow simple ballad in C, understated, punctuated with lonesome harmonica, in the tradition of old country and folk songs.

My best songs usually come quickly.  I’ll spend anywhere from a day to a week on a song.  Oftentimes I’ll overwrite a song while the words are flowing and then boil it down to what’s essential.  I keep a file of orphaned song lines because leftovers are delicious.  The seed of the song is usually a line, an idea, a story, or a character.  This one was character driven and I wrote it in one day.

The majority of my songs are written solo.  I do have a friend, my songwriting mentor I suppose.  We’ve written several songs together.  Usually we’re just trying to crack each other up.  I doubt I’d be doing this at all if it weren’t for him.

I write a lot of story songs and protest songs.  I write songs for the same reason I paint pictures and build things.  If I don’t have a creative project I feel compelled to find one.  With songs in particular, it’s often me working through something emotionally.  Plus there’s something about a song that’s different from a painting.  You can always go back and look at the painting, but with a song you get to play it again and again and each time it’s a little bit different.  A song is like a living thing.

Are there any songwriters, artists or events that have especially inspired you lately?

As much as I hate listening to the news on my drive into school (I’m a teacher), I do get a lot of song ideas from the news.  I just drive along swearing at the radio and if something hits me I’ll turn it off and mull it over.  Also a trip to the local used record store is a good way to discover or rediscover great music and get inspired.  I’ve been listening to some old John Hartford records lately.

What are your songwriting goals?

My goal as a songwriter is to make the listener feel.  A song, to me, is an exercise in empathy.  My favorite songs in any genre make the hairs stand up on my arms.  They make me feel presumably something of what the artist was feeling.  I love sad songs that just crush you, like Townes Van Zandt’s “Tecumseh Valley,” or funny songs, like some of John Prine’s.  If I can make you laugh or cry with a song I’m happy.  Heck, if I could write one song that made you laugh and cry, that’s the kind of song I want to write.

First of all, I have to stop and capture the seed of the song when it comes to me.  Day or night, can’t let it get away.  Usually it’s a line or an idea.  My phone works pretty well for that.  Also, I write most songs on ukulele because it’s portable.  I keep one at work and one at home within reach.  I’ll chord out the song and decide what instrument best suits it later.

A perfect song says a lot in a few words.  The music and the lyrics tell you just enough so that you can fill in the rest.  It is unvarnished, cracked, and a bit dusty.  It is not tethered to a specific place or time.  It simply rings true.  A perfect song makes you feel.  Many of my favorite songs break some of these rules, but never the last one.

I love Woody Guthrie for his simplicity and his rebellious spirit.  I love Johnny Cash for his voice, both his physical voice and his writing voice.  Tom Waits and Kathleen Brennan write seedy, rusty, beautiful ballads full of characters.  Phil Ochs, Bob Dylan, Bob Marley, Leadbelly, Willie Dixon, Son House, Townes Van Zandt, Parker Milsap, Paul Simon, Brian Fallon… I could keep going, but my favorite songwriter of all-time is unquestionably John Prine.  All my favorite songs seem to be John Prine songs.  He made me laugh.  He made me cry.  (He might have done both in one song?) His songs are just purely human. 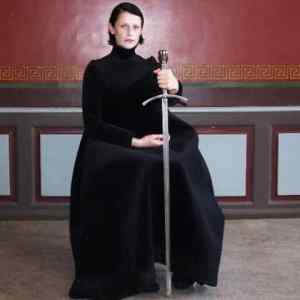 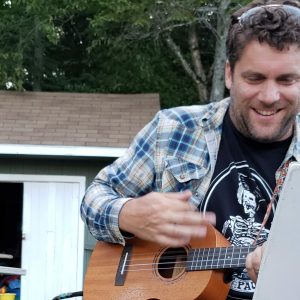