When Jeff Daniels was writing the songs that would make up his most recent album Alive And Well Enough, he honestly examined his purpose for making music. “Over the past year, I’ve really had the chance to examine whatever it is I do,” Daniels says. “Do you have a style? Do you have a point of view? What is it? What are you writing about, besides just writing the next song and the next song? That’s what Alive And Well Enough does. It says, ‘Here’s what I think about now.’”

Daniels took time to speak to American Songwriter in between his schedule of virtual performances, which are bringing relief to theaters and other musical venues suffering from financial losses caused by the pandemic. (For tour dates, check out jeffdaniels.com.) The shows are a family affair coming straight from Daniels’ 2188 Studios in Michigan, which is also the home for his Purple Rose Theatre Company. “We do video and audio out of there,” he explains. “And we were already kind of set up. We had two really good Sony cameras and we got another one. So we were able to do multi-camera and light it a little bit. We got a camera switching board to handle the switching between the three cameras, which my son Ben handles, and my son Luke is on the floating camera. So it became more than just singing into the laptop.”

On top of that, Daniels is using his formidable acting skills to turn the shows into more than just a dry recitation of songs. The idea for this kind of show came from a performance he witnessed many years back by folk singer Utah Phillips, which featured a patchwork of stories connecting the music. “Whatever that is, I know how to do that as an actor,” Daniels thought after seeing the show. “I do that eight times a week as Atticus Finch. I know what that is.”

In the virtual performances, Daniels will be highlighting the songs from Alive And Well Enough, which was released in December 2020. It’s an album richly varied in both the subject matter and the acoustic guitar techniques that he uses to bring the songs to life. “I use it as an accompaniment, as an actor in a musical might use his orchestra,” he says of his work on the guitar. “I have a feeling that all those musicals I did comes out. It really feels like when I’m doing a song, I’m performing it like I did when I was Fagin in Oliver or Cornelius Hackl in Hello, Dolly!”

On the album, Daniels fearlessly tackles topical matters such as presidential politics (“Trumpty Dumpty Blues”) and keyboard trolls (“Everybody’s Brave On The Internet”) with withering humor. “I’ve always been influenced by those folks, Joan Baez, Dylan, Phil Ochs, Pete Seeger, later on Springsteen, Utah Phillips,” he says of issue-oriented songwriters. “You don’t have to try to write something that might get picked up by somebody in Nashville. I really like the people who just called it like they saw it. And they used that guitar and art as a weapon, art as a response.”

Perhaps the album’s most moving take on current events is “I Am America,” a plea for racial unity that Daniels performed as a duet with Thornetta Davis. “It’s about coming together,” he says of the song. “It’s about grabbing the hand, no matter what color that hand is, and facing what this country has to face, finally. Maybe once again or maybe once and for all, I hope. I really wanted it to be us together to show unity. But it really turns out to be Thornetta’s prayer.”

Alive And Well Enough also makes room for personal moments, such as “Al Kaline,” Daniels’ touching tribute to his childhood idol. “From the getgo, I knew that it was about more than just Kaline,” he explains. “It was about your childhood hero. Did you pick a good one? Did he or she live up to what you thought of when you first landed on that person? You never know. You’re nine years old and you decide this is the guy, this right fielder for the Detroit Tigers. I want to be him. I got to meet him a couple times after he was done playing. He couldn’t have been classier and more interested in what I was going through, where the career was, where I wanted it to be. He’d been there in his own way.

“His reverence for the game of baseball, he knew that the game was bigger than he was. He had a humility about it and a gratefulness about the game. You forget that as an actor. You’re battling, you’re trying to make it in Hollywood, and ‘why can’t I get that part?,’ all that stuff. It goes on for decades. And he related. It becomes about did you pick a good one. And I did, based on those meetings I had with him and how he handled himself after the game. I picked a good one.” (Daniels’ lyrics for the song are now part of Kaline’s exhibit in Cooperstown; “There’s more than one way to get to the Baseball Hall of Fame,” Daniels jokes.)

The skills Daniels has learned from his exploits on stage and screen filter into story songs on the album like “Roadsigns,” which started as a poem by Pulitzer Prize winner Lanford Wilson, and “The Ballad Of Trailer Jane.” “What I really learned as a playwright, which is the same thing in songwriting, is that they (the audience) can’t get ahead of you,” Daniels says. “For songs like this, you can’t know what the third verse is going to be. As a playwright, you stop the play right here and you turn to the audience and say, ‘What happens next?’ And they all guess, and they’re all wrong. The thing that does happen makes perfect sense based on what you’ve set up. That’s the magic trick of writing, getting it to be a surprise at the end. I really don’t like people to get ahead of me if it’s a story song. I try to make sure that we’re heading somewhere that they didn’t know where they were going. They need a little bit of the fake left, go right.”

Daniels is refreshingly honest about the skepticism he typically faces as a famous actor who also moonlights as a singer/songwriter. “You lower their expectations just by being an actor with a guitar,” he laughs. “The first song that I ever wrote and sang publicly was ‘If William Shatner Can, I Can Too.’ It was just to cut the knees out of those who were saying, ‘OK, Actor-Boy, go ahead.’ To have a sense of humor about it and now they don’t know what to expect. Am I going to come out here and sing into my navel for an hour-and-a-half? Or suddenly I’m doing ‘Jesus Was A Stoner’ (a track from the new album) and they’re saying, ‘What the hell is going to happen next?’”

What happens next, in terms of his musical adventures, is whatever Jeff Daniels decides will happen, since there’s no pressure or expectations. “I never intended to go into the music business or the playwriting business the way I went into the acting business,” he admits. “There just aren’t enough hours in the day. But because of the internet, I basically can do whatever I want. As long as I don’t get too ambitious about it. I just write for me. And we put it up and if we make enough money off it to do another one, I do. But there’s no record label. There’s nobody I gotta please. It’s me painting in my garage. Except I’ve got a guitar.”

He’s also confident in what he can bring to his busy schedule of virtual performances. “I know how to entertain a crowd by being an actor on a stage,” Daniels says. “That’s kind of what it ends up being. Whatever Utah Phillips was doing, I’m having as much fun as he was having.” 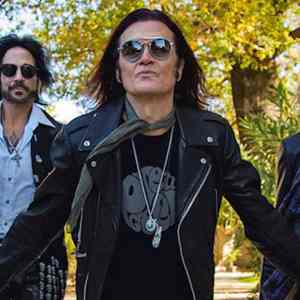 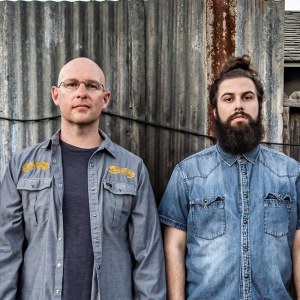