“I’ve watched friends fall in love, and I’ve watched them fall out, usually after a significant amount of time together. I can’t imagine how hard that must be, to spend so many of your hours with someone, and then to eventually come to this reckoning that it’s over,” says Jess Jocoy of the real-life demise of romance that inspired her to write “The Ballad of Two Lovers,” the single she’s premiering on April 6 (ahead of her full-length album release, Such a Long Way, on April 10). “[The song]” is a look at a relationship if you peel away the romanticism of ‘being in love.’”

As Jocoy watched her friends’ breakup, the emotion and dynamics involved immediately struck her as a powerful basis for a song. After the relationship initially helped the woman involved cope with difficult times, she “began finding her strength again, discovering new passions, and was starting to move forward.

“He, on the other hand, was static. To him, it seemed he had everything he needed and was fine with settling down, despite having a whole life ahead of him. He would get angry (whether he’d like to admit it or not, subconsciously at her), for wanting more and not being content. For that couple, the relationship wasn’t meant to last.”

Inspired, Jocoy wrote “The Ballad of Two Lovers” – but with one key change from her friends’ real experience: “For our fictional couple, I wanted an ending where someone is willing to fight, not for contentment and settling, but for genuine love, where both sides work to stay together.”

When it came time to record Such a Long Way, Jocoy brought the song to her co-producers, Mike Rinne and Dylan Alldredge (sessions took place at Alldredge’s studio, Skinny Elephant Recording in East Nashville). But while Jocoy knew she wanted the song on the album, she felt something wasn’t quite right with it yet. “It felt like a hiccup in the story, and it didn’t feel big enough,” she says. Rinne and Alldredge agreed, so she took the song home to rework it, though she admits that she felt some trepidation, not knowing if she’d get it right.

Fortunately, this second pass at the track did the trick. “I must’ve been in someone’s favor because it came together in an evening,” Jocoy says. “It phrased better, the lyrics were more impactful and congruent with the storyline, and overall it just felt right. I took it back to Mike and Dylan and they agreed, and it earned its place back on the record, with the band really giving it a breath of life.”

The finished result has a kind of mournful effervescence as it examines some of the hardest emotions to endure (and the hope that can still exist in the most difficult times). “The Ballad of Two Lovers” is a moving tribute to love’s dysfunction, and it shows that something beautiful can still come out of even such a sad situation.

If you like what you hear, pre-order on Apple Music. 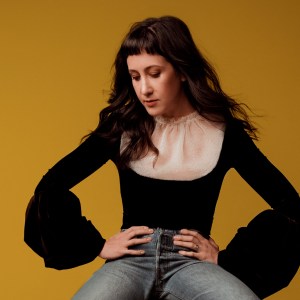 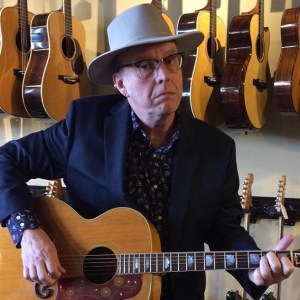