If you were to examine the record collection of Finnish musician, Jesse Markin, you’d inevitably encounter a veritable library. The artist digs it all, from progressive rock to pop to hip-hop, jazz, funk, soul and trap music. Indeed, the vast assortment that is Markin’s albums is an indication both of his eclectic tastes as a listener and of his creative music-making philosophy. When listening to Markin’s songs, you hear a wide swath of genres—There’s 808s & Heartbreak-era Kanye West, there’s Gorillaz, Arcade Fire and the Fugees. In a way, to listen to Markin is to put on a blindfold and walk through a neon midnight blue cavern, lit and warmed by the various songs and sounds you hear along the way. Markin takes pleasure in providing you this journey and on his forthcoming LP, NOIR, the artist is sure to attract many interested in signing up for his signature adventures.

And today (April 15), American Songwriter is premiering the next single from NOIR, “Exodus,” which features the contemplative American rapper, Akua Naru.

“I feel like I’m just making something that I want to hear,” Markin says. “Simply put. I feel like if I go on my friends’ phones or computers and check out what type of music they’re listening to, they’re not listening to one genre. You can get all types of things and emotions from different types of genres. I feel like that’s much more interesting and personal at the same time.”

Markin is part-rapper, part-rocker, part-smooth singer. To say he’s comfortable in multiple styles is an understatement—he is multiple styles. In this way, he’s been willing to try on many different hats and along the way, many have fit. For the artist, who was born in Liberia and who moved to Finland when he was six years old, music provided a way to find himself. Living in Scandinavia is not like living in Liberia or like New York City. Yet, Markin could use the music from all of these places to find where he fit into the world. Finding groups like Mob Deep or Black Star offered him new opportunities.

“From there,” he says, “I started exploring music, myself. I started writing and working on Fruity Loops [software]. Then it was open mic situations. I saw all these people doing Finnish rock around me and I felt this little identity crisis, like, ‘Where is my place?’ When I saw certain artists, I felt like this is my place, this is my space. From there, I somehow found myself.”

By feeling inspiration from certain artists, Markin told himself he could succeed, too. And while he was in snowy Scandinavia, he accepted his path. He studied English by reading books and absorbing popular music and movies. He took part in a local hip-hop collective, The Megaphone State, but it wasn’t until he began to take his solo music seriously that his career began to blossom in meaningful ways. Markin found a manager, hooked up with serious producers and built up his sound. He released a debut LP in 2019 and began to understand the music business.

“From there,” Markin says, “I kind of realized how small the world is. Before, I was scared to even reach out to certain artists to see if we can work together. Now though, the internet has made me feel like we’re on the same level, in a sense. I can reach out to anyone.”

Markin has already released singles prior to the formal release of the NOIR LP. One song, “Smokestack,” is a ravaging banger, part-club hit, part-rocker. “Counting Money On A Sunday,” is a reflective track about success. “Stars In Your Eyes” is aspirational and “Exodus” sounds like some combination of Timbaland and Sa-Roc. But with all of these different parts, there is a planned fluidity to the process.

“Everything starts from, ‘How does it feel or how does it make me feel?’” Markin says. “I’ve been big on these playlists lately. The fun part of making an album from beginning to end is kind of the same thing. How do you want to start off the whole thing, how do you want to make people feel from the get-go, how do you want to end the ride? When you can just put on a record and you don’t have to skip any songs, those are the records I live for.”

Finland, Markin says, is a musical country. There is a great deal of it around and people appreciate song composition. They value it. In the country, many styles are celebrated from folk to rock, pop and hip-hop. With this as a backdrop, Markin is in a place that will continue to nurture his career as it blooms. But the artist, while ambitious, is not in any particular hurry. How could he be, given the state of the world today? “Slowly but surely” is his attitude. Like many, Markin had shows and plans postponed due to the COVID-19 pandemic, but even though much fell by the wayside, music has been a mainstay the whole time.

“When I put on a good song, the way it makes me feel instantly—that’s the thing,” Markin says. “It can move you, make you cry, whatever. Anything you want to feel, you can feel through music. That’s the amazing thing for me.” 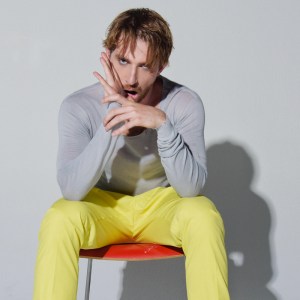 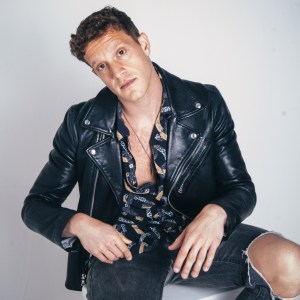