Eric Dash is in a completely different world, musically, since releasing “I Just Need To Get Away” in 2020.

“My music has changed so much since then,” says the Los Angeles-based artist. “That was such a departure for me just because I was like ‘fuck it, I want to do something different.’ Now, I’m back to doing what I do best.”

Musically, Dash is still everywhere. He’s a singer, a songwriter, producer and engineer. He’s even taken on more of the instruments on his newly produced tracks. He doesn’t intend to write a pop song, and admits that he doesn’t know how. What he’s sowing now is rooted in singer-songwriter songs unfolding around more modern textures. Bridging the gap of this “singer-songwriter slash pop crossover in one sound,” Dash exposes this new sound on “Stay Arm’s Reach.”

More confident in his own production skills, Dash also engineered several of the new tracks himself, in addition to playing most of the guitar on each song. Still working through five more songs he plans to release over the next few months, “Stay Arm’s Reach” doesn’t hide its pop elements, synthesizing all the genres of Dash’s newfound scope. Mixed by Chris Galland (John Mayer, Post Malone, Shawn Mendes) and mastered by Chris Gehringer (St. Vincent, Twenty One Pilots, D), “Stay Arm’s Reach” is Dash’s second or third coming. He’s tried it all and landed in a place where he’s most proud. A love song on its surface, “Stay Arm’s Reach” percolates in Dash’s own alt-pop-rock brew.

“There are a bunch of records that I’ve done which have never been released, because I wanted to modernize them, but I also didn’t want to mess them up,” says Dash. “It’s so easy to do as a new producer for a myriad of reasons. So I waited and failed and waited some more and failed and waited a little bit more and there it was… I hope people enjoy a little bit of old injected into 2021.”

Referencing The 1975’s 2013 self titled debut, there’s an essence of that album, in all its varied electronic and other soundscapes, that Dash wants to capture on his upcoming release. “That’s the goal with this new direction,” says Dash, “but I’m going to have a lot of singer-songwriter stuff that is more modern-produced with a modern direction.”

The next single has more Radiohead guitar parts, says Dash, with more U.K.-pop and singer-songwriter fussed tracks to follow. It may appear like these songs are “everywhere,” says Dash, but all are sewed by one core thread: love.

“There’s a theme with the songs, and while they are intrinsically different, in terms of attitude, they’re all about love,” says Dash. “The whole direction of everything that’s coming is about love.”

Not rooted solely in relationships, Dash explores loves of all kinds, from leaving New Jersey and moving to L.A. several years ago to focus on music and loving your passion, and what you’re doing. “It’s about the struggles that come along with whether it’s a passion or the struggles that come along with loving in general, or having hope,” says Dash, “so that’s the general theme of everything I’m working on now.”

There’s also a fine line through Dash’s songwriting, who originally wrote some of the new tracks in 2013 and recorded them for the first time in 2014. Now reproducing everything, it’s something Dash admits he couldn’t do before. “I just wasn’t good enough,” he says of his previous production skills. “I would mess up the sessions. I would over process things. I didn’t understand what I was listening to. I didn’t understand the color and purpose in a record and now I finally do.”

Dash adds, “I’m at place where I can bridge the gap, so there’s a through line with production in the sense of making the old stuff sound more modern, and complete them the way that I’m happy with… I like a story. Every single thing that I’ve ever written is always a story.”

“‘Stay Arm’s Reach’ is the first release where I’m going to look back and be proud,” says Dash. “There’s a couple of releases that feel like that from before, but I got lucky, whereas, this time I didn’t get lucky. I knew what I was doing. And that’s the difference.” 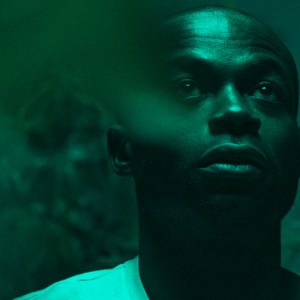 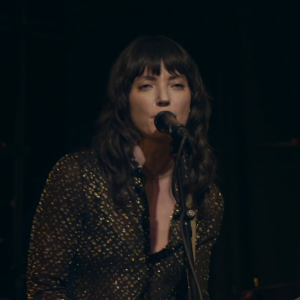