“Honey I don’t pretend to understand/why everything’s falling apart,” sings Jessica Dobson, aka Deep Sea Diver frontwoman/songwriter/guitarist, on “Stop Pretending,” an acclaimed, one-off single released earlier in 2020. Those words could apply to the depression she faced at the end of her previous tour leading into the recording of this album, and/or the pandemic that has put the kibosh on any further roadwork until…well, no one really knows when.

Oddly the track does not appear on Dobson’s third release under the Deep Sea Diver moniker. That’s unusual since that tune was so well received. But the ten tracks that appear on Impossible Weight (we spoke to her about the making of the album) are just as potent. Dobson, who has notably worked as lead guitarist for Beck and The Shins, co-produced the album, a first for her. That theoretically makes this set the closest to the music she hears in her head.

It’s a restless mix of surprisingly catchy pop hooks, sing-along choruses and incisive indie rock with Dobson’s strong, expressive vocals careening above layered guitars, drums and keyboards. As producer, she shifts between the dreamy atmospherics reflected in the piano that opens the album’s first track “Shattering the Hourglass,” and a murkier rock approach exemplified by the pounding, heartbeat-styled drums that shift the song into a deeper, darker zone as she sings “do I have to be strong enough?…did I make the most of it?,” perhaps words of encouragement to herself.

Drummer/husband Peter Mansen plays a key role in DSD’s sound. His beats open “People Come People Go” (“Everything falls apart and that’s OK”) and “Wishing,” setting the tone, vibe and rhythm for these songs. The percussion is crisp, clear and prominent in the mix which makes him a major contributor to the album’s overall success.  It’s also his schlocky synth drums, straight out of the disco 70s, on “Lightning Bolts” that provide a sheen later enhanced by the rest of the band on the collection’s most ear-worm worthy moment, one with the knowing clichéd lyrics “never want to be alone again/our hearts ignite when they beat together.” It’s frisky, fun and a logical future single.

The musical centerpiece though is “Eyes Are Red (Don’t Be Afraid),” an angry, compelling seven minute song inspired by Christine Blasey Ford’s testimony against Brett Kavanaugh. It includes a terse, almost experimental guitar solo from Dobson that is arguably her finest recorded moment. The heavy mood continues with the acoustic guitar propelled “Run Away With Me,” a solo showpiece for Dobson that, with its raw sound and introspective lyrics, seems like it was recorded in her bedroom late at night, perhaps not intended to be released in its stripped down form. It is this disc’s most direct, unfiltered recording and a logical closer.

Even though it was recorded during dark times for both Dobson and the country, Impossible Weight is the strongest and most powerful statement yet from a talent on the verge of breaking out. 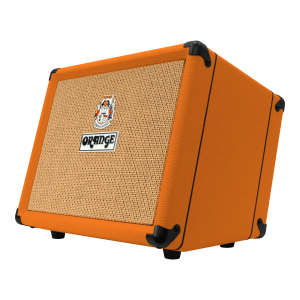 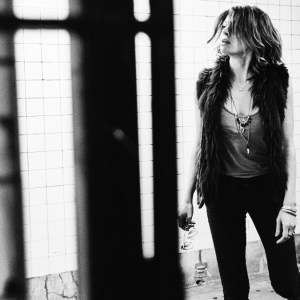