“Generally, it breaks down to a 50/50 split,” Jocelyn Arndt began. “I do the lyrics and melodies, Chris is the music chord-smith, structure guy.”

For Jocelyn and her brother Chris, this method is tried and true. Growing up in the small rural town, Fort Plain, New York, the sibling duo have been writing songs together for the better part of their lives.

“We started out playing as, like, that brother-sister duo who does all the talent shows in matching outfits,” Jocelyn said with a laugh. “Eventually, there were these local musicians who were like, ‘Hey, come on up on stage and jam with us!’ So, we ended up landing in this really cool, local community of musicians—it was small but mighty.”

Years later, Jocelyn & Chris Arndt are going strong with thousands of streams and a handful of albums under their belt. Splitting their time between Fort Plain and Harvard University (where Jocelyn studied English and Chris studied computer science), the duo ironed out their partnership, their process and their sound, building up their name in the process. Now, on June 18, they’re putting out their newest single: “Sugar and Spice,” a bluesy romp showing off their knack for classic song-craft.

“It feels like everything we release is consecutively becoming more ‘authentic’ to us,” Chris said. “Every single and every album has been like ‘Oh yeah, that’s what I want to do with my music.’ ‘Sugar and Spice’ took that to a whole new level. I just feel like the songwriting was right in the pocket for where we want our music to be and how we see ourselves. Then we brought it to our producer, David [Bourgeois] and the whole production team and all of the people who played on it. It’s just so much better than I imagined when we wrote it. I’m so excited about everything about it.”

For her part, Jocelyn agrees—“I feel like we’ve defined the ‘sound,’” she said. “‘Sugar and Spice’ is like the next step in our sound evolution—to me, it feels very much like exactly what I want to sound like right now.”

A big part of Joceyln and Chris being able to hone in their sound comes back to that aforementioned writing process—splitting things up 50/50, give or take, the siblings have rounded out a way to get as meaningful of a result as possible. “Each song will start with one of us being like, ‘Hey, I got this idea in the shower,’ or, ‘I couldn’t sleep last night, so I scribble this in the notebook by my bed,’” Jocelyn explained. “Then, we take it to the other person and we just sorta vibe with it—we spend some time with our ideas, we share our ideas with each other, we really sink into the ideas.

“Then, we see where they go and we keep building on top of them,” she continued. “Sometimes it’s really frustrating and it takes a really long time for a song to be formed. Other times, it’s a lot simpler. It just seems like it kinda falls into place. Ultimately, if one of us comes up with an idea that we like, then we’ll just keep working with it until it’s something that we’re proud of.”

With a classic blues-rock vibe and straight-forward lyrics, “Sugar and Spice” is a fantastic sample of the siblings’ retro style. Between the beefy guitar riff, the throwback chorus harmonies and Jocelyn’s powerhouse vocal performance, the arrangement is pure American-rock-goodness. But the Arndt siblings are good about not letting too much of their success go to their heads—even now with the release of the single, they remain grounded by their roots.

“Finishing a song is simultaneously the most exciting and the most nerve wracking thing to do,” Jocelyn said. “A new song is like your little baby. But basically, Chris and I are really proud of what we do. We take a lot of pride in creating songs, and we’re proud of them.”

And with the world slowly opening again after the COVID-19 pandemic, it’s a pretty exciting time to be releasing new music. “We are so excited for this upcoming release—we actually have some in-person shows over the summer for, like, the first time in 18 months,” Chris said with a big smile. “We’re really excited to go back to that. We built this really great fanbase on our social media and we got to connect with people from all over the world, like Australia, Europe and the United States. We love them, they love us and we’re just gonna connect over music, you know? So, when it comes to this release, we’re just going to put it out there. We really believe in it. We’re just going to ride the wave as high as it’ll take us.” 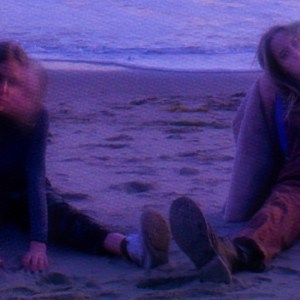 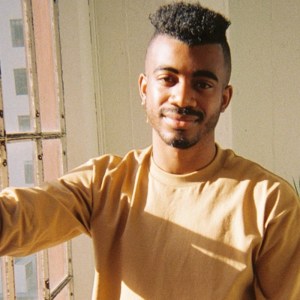