Jocelyn and Chris Arndt have come a long way since 2014’s debut EP, Strangers in Fairyland. Through three full-length records, including 2019’s The Fun in the Fight, and numerous nationwide tours, the sibling rockers have a far greater understanding of their natural songwriting and performance power. They wield both as a warrior heading into battle.

With a new year (and decade) now unfolding, the pair prepare their second live record, One Night in November (out February 14), with the release of a song and live video for “Mercy Me,” premiering today on American Songwriter. “We’ve always wanted to do a more stripped down, acoustic-style live album. It’s exciting to finally put that to tape,” Jocelyn says.

“We don’t do acoustic very often, so it’s definitely more challenging in the sense that we have no practice doing it. Every once in a while, we’ll do a couple acoustic songs in the middle of a full rock set. For the most part, we just play full band all the time. Figuring out the arrangements was weird, and also, there’s a very different energy in the room,” Chris says. “It’s not something I’m used to.”

Even so, the acoustic collection allows the band to lean into and further explore each song’s unshakable roots. “I write on acoustic guitar, and Jocelyn writes with her voice. That’s pretty much how we write songs, and then, we bring them to our producer David [Bourgeois] and add various orchestration elements. It’s nice to take it back to the songs’ [beginnings] and play a show that way.”

Jocelyn adds, “We’d been playing these songs for so long as a full rock band, and it was cool to go back to how they were written with all that live show experience.”

Unlike their first live record, 2017’s 30,000 Miles, which was a smorgasbord of recordings from various full band shows from across the country, One Night in November carries with it a raw, impressive intimacy. “I’ve got half a mind to give you all my heart,” Jocelyn sings on “Mercy Me,” a baptismal confession on love and devotion.

“We’ve written a lot of songs on the sadder side of love. But this is definitely on the other side of that spectrum. This is one of those songs that is about the awesome side of love where you’re really so devoted to someone, and there is a powerlessness in that feeling,” Jocelyn describes of the song. “You’re really laying yourself out in the open, but there’s this powerful element of trust and committing to that level of trust with somebody. Chris and I have been writing songs since we were in middle school, and I’m really proud of this one. I don’t think this is a song we could have written when we were in seventh grade. I hear it, and I think, ‘Wow, look how far we’ve matured in our songwriting!’”

One Night in November weaves through Jocelyn & Chris’s entire discography, upending the original fully-produced arrangements for more pointed and mature moments of clarity. Their song “Kill in the Cure,” which spent 12 weeks on the Billboard AAA chart, offered up a refreshing, unexpected reprieve in this new context. “This past year alone, I feel like I can play this song without thinking about it. It’s on autopilot. It was cool to free our brains from that particular train track of that version of the song and finally breathe for a minute,” explains Jocelyn. “We do this really cool new version of it with just the two of us.”

The new version, Chris notes, has more “jazz chords. It’s one of our better known songs, so I’m really curious to hear how some of our fans who know the rock version will think about this smooth jazz version.”

The new live album was recorded at White Lake Studios in Upstate New York, and such an intimate setting feels appropriate to showcase the extent to which they have grown as live performers. “It’s weird. I keep seeing those posts on social media since it’s a new year and a new decade – start of the decade and the end of the decade. It is crazy to think how much I feel I’ve changed as a person, and music has allowed me to change as a person in the past decade,” says Jocelyn. “We get really caught up in the moment of what’s the next thing we have to do and what’s the next thing we need to write or record or say.”

“With this project, we got to step back and pick songs from each of our releases. It took me back to when we first wrote them or recorded them – and how excited and scared I used to be. Songwriting is always terrifying. You’re ripping out a diary page and putting it on a loudspeaker,” she continues. “Then, we were also learning how to work in the studio and with our team and each other. We have a new perspective now to reapply those songs. I think I sing differently now and we play the songs differently. We makes me excited to see where we’ll be six years from now.”

Fusing classic rock and blues sounds of the ‘50s, ‘60s, and ‘70s, Jocelyn & Chris Arndt strike upon a new kind of creative fervor these days. “Mercy Me,” which will be full recorded on their next album, already in the works, perfectly mixes with polished and modern signatures. “[This song] is a good example of what the next album is going to bring. To get to a place where we can just sit down and write a song like that and be so proud of it and have it be so fun and smooth – that’s not a place where we were when we were in our parents’ living room in eighth grade. It makes me so happy to think about that song and how much it means to us.”

“Our parents are obviously not super objective about our music. Our dad says this about every single song that we ever write, but we did play this song for him. He looked at me and said, ‘This is the best song you have ever written!’ I mean, he says that every time, but there was a little more emphasis behind it this time,” says Chris with a laugh.

One Night in November releases February 14.

Watch the “Mercy Me” video below. 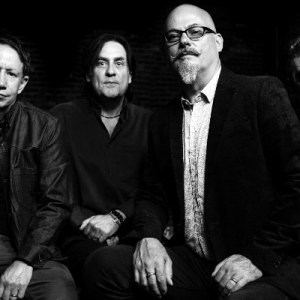 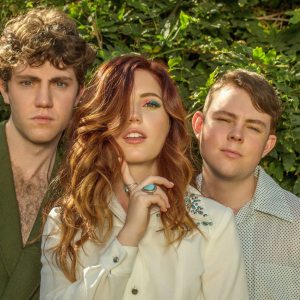