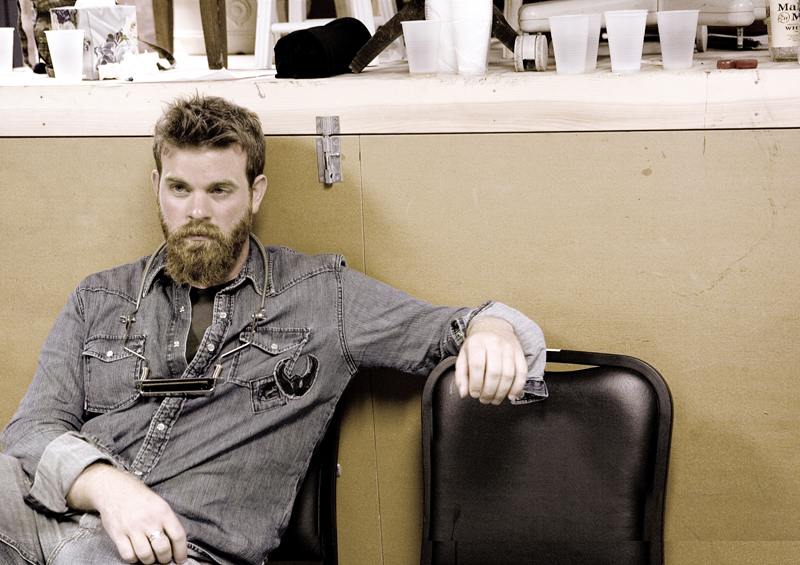 Joe Purdy is at it again. After releasing the critically acclaimed 4th of July last June, the Arkansas troubadour followed up with This American, a pastoral portrait of rich and affecting folk tunes, a mere five months later. We asked Purdy about making the album, which he recorded on the sly deep in the New Mexico desert, his favorite gear, and his approach to songwriting. “When I first started out, I lost a lot of jobs because if I started writing a song, I wouldn’t stop until it was done and I’d recorded it,” he says. “And that served me well, but now my job is music, so it’s more important to me to show up for work.”

Tell us about your experience at this year’s Neil Young tribute in New York. You were on a bill with Patti Smith, Glen Hanard and Jakob Dylan.

Not a big deal really, just playing Carnegie Hall in New York City with a bunch of famous artists that you already love and admire, singing songs of a legend, for a great cause. You know, sort of everyday kind of stuff. No big deal.

This American came out 5 months after your last album, 4th of July. What was behind the decision to put out two so quickly?

Well, if I waited to put records out on some sort of schedule, then I would really get behind. I guess you could say I write often and a lot. So to keep up with that, I try to record as often as possible, and put records out as soon as they’re done. Plus I just don’t see any point in waiting.

Talk about the recording process, and inspiration, behind This American.

I was getting a little recording twitch with the end of 2010 approaching, so I decided to pack up a small amount of gear and hold up in a house in New Mexico for a few days and see what happened.

The 4th of July record took me a little while to play and record all the instruments and get the recording to sound like I wanted, so I was ready to go back to a simpler way, the way I started out 10 years earlier. More or less, songs and a microphone. I had a records worth (or two) of material to record, but once I got set up and going, I found myself writing new songs on the spot. I guess that’s why it ended up being as long as it is. I would have kept going, but I only had a few days.

What equipment did you use to record it?

I record many records on my own, so to get different feels and sounds, I love recording on different mediums and machines for nearly everyone. For this one, I had just picked up an older Alesis 8 track ADAT, and thought, what the hell. Also, I left the Universal Audio preamps and compressors at home for something more mobile. Focusrite, God bless them, had just sent me the new OctoPre Dynamic, a regular 8 channel preamp, but with a very subtle one-knob compressor on each channel. So again, I thought, what the hell? Used it for everything. Love that unit.

Lastly, I picked up the Neuman TLM 102, which I meant to be an instrument mic, but ended up liking the unique sound so much that I sang through it, and stuck a trusty SM57 on the guitar. In my humble opinion, there still isn’t a mic alive that makes an acoustic guitar sound just like what it is like a 57 does. If you ever get too good for a 57, you’re doing something wrong. And I also love that saying that will piss off all the right people. Brought Little Susie, my 1947 Gibson LG2 acoustic, an old Gretch short scale electric bass, and some mouth harps. Monitored with my NS10’s. They hurt my ears, but I love em.

Yes and no. When I first started out, I lost a lot of jobs because if I started writing a song, I wouldn’t stop until it was done and I’d recorded it. No exceptions. And that served me well, but now my job is music, so it’s more important to me to show up for work so to speak. I won’t miss a show to finish writing a song, so these days if I start writing one when I have to be somewhere or even on my way somewhere, I’ll just make sure I get some kind of recording of what I have, whether it’s a recorder on my phone, or garage band, or a tape recorder, whatever it takes. This way I can come back to it and hear what it sounded like to me at first instinct and start from there. I’ve figured out that if I schedule time to record, I’ll do most of writing when I’m supposed to be recording. Good problem to have I suppose. Sometimes it’s just nice to be alone.

What’s a song on your new album you really want people to hear?

It’d be grand if they’d listen to the whole thing but I’ll take what I can get. Not big on self promotion, but if I had to start somewhere, maybe “Oregon Trail.” When I play that one I always remember just how I felt going through it, so I figure that means I got the point across.

It’s easy to make fiction rhyme, which I do very often, so I guess when I can make real life sound like a made up story, I feel like I got it.

Woke up in Idaho, and it was 23 below, we walked out as far as we could stand,
and I watched you in your black coat as you photographed the hills a rollin’, count to three and then we ran

I got nothing against words, I need all the options I can get.

Usually all at once. For me, if it doesn’t come all at once, I’m forcing it. So I quit, and wait for a good one.

Rarely. Again, for me, if I’m revising, it’s cause I don’t feel like the song’s good enough. You gotta know when to hang one up. But I ain’t sayin’ never…

All the ones I like are rated high in my book.

“Moonlight” by Blaze Foley. Well, pretty much anything Blaze Foley ever wrote, but that one in particular, is such a simple and sweet, straight forward, love song. All of which I don’t do often enough. He pulls off happy without being contrived. That is a hard thing to do even when it’s genuine, so it should be recognized. 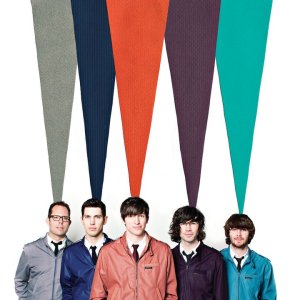