We asked John Hiatt about his new album Dirty Jeans and Mudslide Hymns and the zen of songwriting. The Hall of Famer told us about his early days trying to make it in Nashville, being compared to Procul Harum, updating from legal pads to the iPad, and his new song inspired by 9/11.

“Train To Birmingham” off Dirty Jeans is a great song. What can you tell us about that one?

I’ll tell you what, that’s the oldest song on the record. I wrote it when I was about 19. I’d been in Nashville a year — I came to Nashville when I was about 18, and I was writing for Tree Publishing Company, and I wasn’t a country songwriter by any stretch, but I was surrounded by those guys. Like Bobby Braddock, who wrote a lot of George Jones and Tammy Wynette hits. And Curly Putnam,who wrote “Green, Green Grass of Home,” and Red Lane, all these hit country songwriters of the day. I was writing my little folk songs, or whatever they hell they were, and I was trying to pick up the craft, at any rate, and I said, “Well how do you write a country song?” and one of them said one day, “Well, you gotta have a train song.” And I though well shit, I think I can write a song about a train.

And back in those days on Music Row, all the publishing companies were just in little houses, and the songwriters lived right next door. I lived in a little house with four or five other writers, and none of us were really country writers. One guy was from upstate New York trying to get some rock and roll thing going. Those were some real interesting times in Nashville, as it always is. But this one guy was from Birmingham and he kept going home every damn weekend like he couldn’t stand to be away. And I just though well shit, there’s my “Train To Birmingham.”

What made you decide to put “Train To Birmingham” on this record instead of one of your past records?

You know what, my wife really loves the song. And she’s been asking me to record it for years, and it kind of seemed right on this record. We were doing all of these songs about cities and different locations and going from the city and the country and back and forth. It’s our 25th wedding anniversary this year back in June, so I just thought I’d record this song for her.

Another one of your songs about a city is “When New York Had Her Heart Broke.”

I actually wrote that song a couple of days after 9/11. I was in New York to tape some show, and we had a few gigs in the area, across the river in New Jersey and then back to the city. We got out of town the next morning probably on one of the last trains out of Penn Station. But anyway, I never intended to record the song to be honest with you. I played it for Kevin [Shirley] the producer, and he lived in New York at the time and had little kids that were in school. And of course it was very emotional for him, so I played him the song and he said he wanted to record it. So I said, “Okay, let’s do it.” It just seemed like the right thing to do.

So will we get to see scenes such as this in your upcoming DVD The Making of Dirty Jeans and Mudslide Hymns?

You know, that’s a damn good question. I wasn’t involved in putting that together. There’s some interviews of me talking about the songs, there’s some footage from the studio.

Well I guess it will just have to be a surprise for all of us then.

Yea, I haven’t looked at it. I look at my face every freaking morning in the mirror when I have to shave and that’s all I care to see.

Has your approach to songwriting changed over the years?

It’s just something I do now. I play the guitar every day, so if a song comes out of the music, which is how I usually do it, then it comes. And if it doesn’t, it doesn’t. I don’t sit down and try to write. I haven’t done that in years.

What’s a song on your new album that you really want people to hear and why?

I’m still so close to the record I want them to hear every damn song on it. That’s like asking which one of your kids do you like the best. But I love the way a lot stuff came out for different reasons. I think we captured some pretty cool elements. When I was 15, I had a little band back in Indianapolis and there were two bands we listened to religiously: The Band and Procol Harum. We thought they were the British version of The Band. I know people thought they were a little prog rock. But with Gary Brooker’s soulful voice and that sad organ and Robin Trower’s great bluesy guitar, and then these weird ass lyrics. We just loved that, we thought they were great.

So somebody I was talking to the other day said, “You know, you’ve got kind of a Procol Harum thing on some of these songs.” So I’m just like shit man, that’s like the highest compliment I’ve ever gotten, some of that actually seeped through 40 or 50 years later, so that kind of tickled me.

But I like a lot of different songs for a lot of different reasons. I like “Damn This Town” cause it rocks. I like spooky, folk-blues feel of “Hold On For Your Love” and equally “Down Around My Place.” I think there’s something fresh about those two songs in terms of the sound of them and where we got with them emotionally. I like “Adios California” a lot. I love the second song, the ballad, “’Til I Get My Lovin’ Back.” I like the way that humanizes the guy who sings “Damn This Town.” But I like the way this album feels as a whole more than anything.

What’s a lyric you’re proud of on the album?

You know, I don’t really pay attention to that stuff. I really don’t. For better or worse, I said what I wanted to say in the song and the song said what it wanted to say according to the music. When I’m writing lyrics, I’m just trying to tell a little story and it’s fictional stuff, but I want it to resemble some truth that will resonate with people.

[Laughs] No, are there actually writers that love or hate words?

I have no idea.

I don’t either. It seems kind of odd to me. I try to keep it simple. Whatever fits the bill is what I try to use at the time.

I sit down to play the guitar, usually the acoustic, and some riff or chord progression will come out of it. And then I’ll start singing a melody and because I don’t have words yet, I’ll sing nonsense. If I’m lucky then a line will come out of, just, the magic of songwriting I guess. I don’t pretend to know what that is, but you know lines just pop out, like with “Damn This Town.” I had that first riff and then I went from E minor up to that C chord and I started singing “Damn This Town. I mean it this time, I made up my mind. I’m leaving. I’ve gotta get the hell out of here.” And surely that’s dealing with the whole “The grass is greener on the other side” idea.

Do you find yourself revising your songs a lot?

I used to write by hand up until the last year when I got one of these damn iPads and I hate to tell you, but I love the damn thing and I’ll tell you why: I’m organized. I’ve got all my shit in one place. And have stack of these 8.5”X11” yellow notebooks all over hell. First off, I can’t read my own writing. In fact nobody can. So that’s a problem. You go back to those old songs and I don’t even know what I wrote. And then I scratch out words and correct them up above on the same line, and you definitely can’t read that cause it’s half as big. So I’ve got all this old shit laying around and I don’t even know what the hell it is.

I’ve got this iPad now, so when I have a new song idea, I have a little voice recorder program. I used to have a little mono cassette recorder and I would sing my ideas into that, but then I could never find them. You know you’d have to roll through the whole tape just to find the little bit you were looking for. Now I can sing my little bit, name it and it puts it in a file so you can go back to it the next day. So I’ll usually record the music and then come back to it and I start writing the words. It’s great and I can change it really quick. So I guess I’m embracing technology.

Who is the most underrated songwriter in your opinion?

Well they’re all over the place. I’ll tell you whose got a real fire is this guy Ron Sexsmith. He’s great. One of my favorite songwriters has always been Patti Smith. I just think she’s the shit. Fearless and she’s just got so much to her. She can write poetry, which is not easy. There’s not much good poetry around, but she can write that, she can write prose, she can write a book, but her songs and her catalog are just amazing to me. Her album Gone Again is one I go back to over and over again. It’s so beautiful. Shit, there’s so many writers, a lot of the soul and Motown records guys. That old soul music, those are serious ass great songs. A great writer Jerry Ragovoy just died. One of my all time favorite songwriters. He wasn’t underrated though, he got covered all the time.

If you had to pick one song to be remembered by, what would it be and why?

You know what, “Have A Little Faith In Me,” is just fine with me. It’s the one I’m most known for and there must be a reason for that, so I’m perfectly happy with that. It’s a really simple song and there’s just something to it where it speaks more than what the words actually are or something and I think that’s great. There. That’ll do.

What’s a song that you wish you’d written?

I hear them every day. I never think all my stuff’s any good. I think that’s a curse that a lot of writers suffer from. There’s a million Lyle Lovett songs that I wish I’d written. That song of his: “Mother Maria watch over us please/ As we wander around in this dangerous world/ Mother Maria there’s nothing as sweet/ As the undying love of a South Texas Girl.” Oh man, that’s just unbelievable. I want to write a Guy Clark song, but I can’t write it like Guy Clark. You write what you can write. 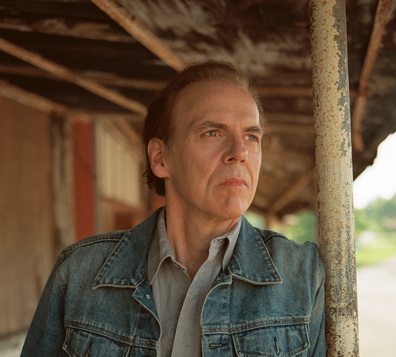 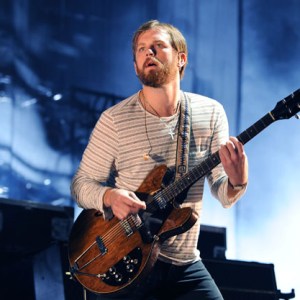 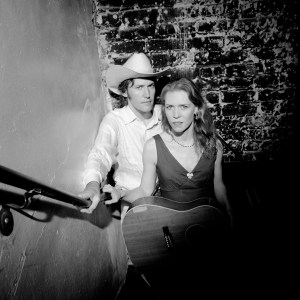