John Oates is best known as half of the multi-platinum duo Hall and Oates. But even though the twosome became a huge success with their monster pop and dance hits of the 1980s, their first two albums were nothing like that, with guitars and keys joined by mandolin, steel and fiddle. Now, on his new album Arkansas, which drops February 2, Oates has returned to the music that initially inspired him, with some hot Nashville players (including mandolinist Sam Bush and steel player Russ Pahl) featured on 10 songs reflecting Oates’ love for the blues and roots music. In addition to two originals, the album features several selections by one of Oates’ favorites, Mississippi John Hurt, as well as versions of the 1924 Emmett Miller classic “Anytime,” and the 1932 Jimmie Rodgers standard, “Miss The Mississippi And You.” American Songwriter spent a few minutes on the phone with the Songwriters Hall of Fame and Rock and Roll Hall of Fame member discussing his new project.

Like so many guitar players, you seem like a blues guy at heart, and you recorded Arkansas because of the influence of one of your favorite bluesmen, Mississippi John Hurt. So how did that affinity for acoustic blues evolve into the more pop- and soul-informed songs that you and Daryl wrote, like “She’s Gone” or “I Can’t Go For That”?

When Daryl and I started out we were just two singer-songwriters; we didn’t really know we were going to be working together. We didn’t know what we were going to do. I was playing some coffee houses and blues bars, doing some studio work, playing with another band … We kind of got together as an alternative to the things we were doing individually. It just evolved into something else, and as we started playing live we started playing more and more aggressively, and our common ground was that we were doing R&B that we both knew, and there were classical influences and Gospel influences, and those things became the core of our pop music. It wasn’t a conscious decision, it’s just what evolved from the chemistry between us.

You actually played Mississippi John Hurt’s Guild 1964 F-30 on the first two Hall & Oates records. Do you still have it?

Yes. It’s a long story, but when Mississippi John passed away, my guitar teacher, Jerry Ricks, had the guitar, and he brought it to New York and I played it on the first two Hall & Oates albums. He eventually sold it to the Denver Folklore Center, and then it made its way into another person’s collection, and, well, I was just recently able to purchase the guitar.

Were the two songs you wrote for Arkansas, the title track and “Dig Back Deep,” written before you assembled the band and hit the studio, or was some of it done while you recorded?

The album was recorded in two sessions. One was in November of ’16, and originally I was going to do an album that was a tribute to Mississippi John, and I was just going to do it in the very traditional way with just acoustic guitar and voice. Then I realized it’s been done before, and nobody’s ever gonna do it better than him. Then I came up with the idea of what these songs would sound like with a band, instead of the traditional way of a songwriter with just guitar and voice. When I assembled this band I assembled a unique ensemble, with pedal steel, electric guitar and bass, percussion, mandolin, and a cello.

The sound quality that emerged from these amazing players … I wanted the players to play, almost like a Dixieland band, where everyone’s just improvising. Once I realized we were onto something special we went back into the studio in January of 2017 and recorded a few more songs, and that’s when I wrote those two original songs. And I took the classic “Make Me A Pallet On Your Floor” and added a refrain, so in a way I kind of collaborated with Mississippi John Hurt [laughs].

About the cello player — some other folks, like the Avett Brothers or the late Harry Chapin, are known for using the cello. What made you decide to include one on this project?

I knew the cello player, Nat Smith. He’s played with Sarah Jarosz, Kacey Musgraves, and other people. He’s a superb musician, very sensitive and funky and just a cool guy. I just felt that the cello with the pedal steel would create something sonically that we wouldn’t achieve with any other combination of instruments.

Any final thoughts about the album and what you wanted to accomplish with it?

It’s not a traditional blues album, but it’s definitely a roots album, and it’s a celebration of the music of the 1920s and 1930s. I have a lot of creative freedom and I don’t want to take it for granted. I really want to work hard and do interesting, creative work, because I know there’s not a lot of people who are in my position. 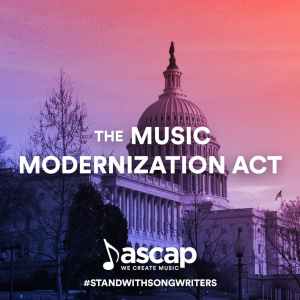 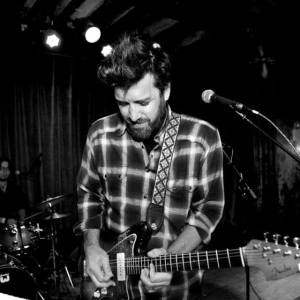