Just in time for Father’s day, singer/songwriter and Christian solo artist, John Waller invites his 16-year-old daughter, Sophee into the studio to record an emotive duet, “What My Father Does.”

“This one helps establish what I’m telling the world that my highest values is my family,” John tells American Songwriter over the phone from a rocking chair outside of a Cracker Barrel on I-95 South. “I’m empowering my children in what God is gifting them with and calling them to do by modeling it in their life, and empowering them to do it themselves. A good father helps a child figure out who they are and love themselves.”

He continues, “I don’t expect them to do what I do, but if they want to, I can make a way for them. This song does that for Sophee.”

Raised in a musically inclined family, the third of 10 children, Sophee feels called to artistry. Behind the scenes, she was able to watch the recording come to life, confirming her dreams of following in her father’s footsteps.

“I’ve spent most of my life on the road with my dad,” says Sophee. “I love the scenes of it, and experiences I’ve had growing up. Being in the studio with my dad, it really feels like what I am supposed to do. And it was just a lot of fun, a good bonding experience for us.”

With a voice that “makes most heads spin,” the aspiring artist adds levity to her father’s vetted vocal strength. Setting her sights on stardom, Sophee draws inspiration for Lauren Daigle and Tori Kelly. Beyond their impressive vocal talent, she is impressed that Kelly is a “mainstream artist who maintains her faith, and is very open about it.”

The single follows “But God,” Waller’s first single in over two years as part of an unannounced forthcoming collection steeped in faith and family. Initially released from Radiate Music this spring, “But God” will be featured on the upcoming album that will be released independently. The artist’s sixth full-length album—A Family Thing, due this fall— will include two more duets with his children.

“Having a large family is all consuming, so it was a natural progression to start introducing my family into my artistry,” says John. “And as a father, I want to provide them with opportunity to find and share their gifts, share the love of God in their own way with what God has gifted them.”

The Waller family story, like most people’s stories, is one of a constant trajectory forward but with hundreds of unexpected rabbit trails to places they never anticipated. One of those trails led the family to Ukraine, where they adopted three siblings who are now an integral part of the Waller family. Other trails include moving the family across the country for a time in a local church ministry where they learned to slow down to catch up to God.

Now, back in his hometown of Senoia, Georgia, Waller feels he is producing the best music of his life, and is writing lyrics that come from deeply personal encounters with God and time with family.

“It just feels different now,” says Waller. “I’m writing from a different place, and with a sense that God is really going to use this music to minister to moms and dads and families, like He has ministered to our family.”

Listen to the exclusive premiere of John and Sophee Waller’s “What My Father Does,” below. Pre-save the song before its release on Friday, June 18. 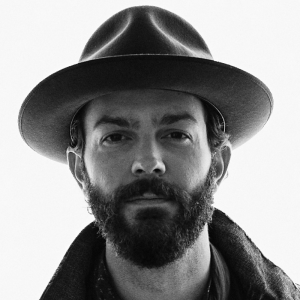