“There are certain songs that just stay with you through the years, this song is one of them,” says Jonas Myrin about his recent debut Capitol CMG single. The award-winning globally demanded singer-songwriter steps into his own artistry with an urgent, weighted message that we are “Not Alone.”

Myrin wrote the single a few years back with Crispin Hunt (Lana Del Ray, Ellie Goulding, Florence + The Machine). The emotive track initially encapsulated the phenomenon of feeling most lonely in a city as large and bustling as London. The more faces there are, the less familiar the streets begin to feel. Overlaid with the current global context, “Not Alone” fills in the societal gaps where hope has fled.

“It came to life for me during quarantine,” Myrin says. “I had friends call and sing me the chorus. It became our lockdown song. It’s like the song was waiting for such a time as this. That’s the incredible thing about songwriting; when you pen something, you don’t always know where it fits. But if we stay true to what the song is to be, the timing tends to work itself out.”

The lyrics harmonize with a world suffering through isolation and segregation. Myrin speaks to these times with soaring vocals: “Even when you’re sinking like a stone /You’re not alone/ Standing on the corners of the road /I’ll never let you go.”

“I couldn’t have written that now. But this is the power of music – to connect us in our loneliness. The beautiful thing is that even though we are alone, we’re together in what we’re going through. I believe we will become closer. We’ll be more grateful, and people are going to become more open. Music has never had a more important role in culture than right now. I felt I had to record this and put it out there,” he says.

Myrin was supposed to release a different single on Capitol CMG. In July, he suggested they change course. He and his co-producer, Elias Kapari (Kygo, Icona Pop), got to work finishing up “Not Alone” in time for the label to consider the shift.

After listening, the Capitol CMG team agreed this was the song for right now, giving him the green light under the condition he would deliver an accompanying music video in two-and-a-half weeks. Myrin rounded up his creative cohorts and brought them out to the desert. From an acceptable social distance, his crew, led by Dayne Malan & Johnny Marques, brought his vision to life in Joshua Tree.

The illustrious video features Myrin driving solo, chasing the sky across the Mojave desert from sunrise to sunset. The soul-searching scenes are emblematic of his journey this year. After losing his father to COVID-19, the isolation felt unforgiving at moments. Yet, sharing a message of hope with others in need shed some of the burden.

“Everything was in place for the alternate single, but I had to remind myself that the role of a singer-songwriter or an artist is actually to serve – to bring hope into the lives of others through song,” he says. “I was like ‘Jonas, this is why you were put on this Earth.’ It’s easy to get caught up in the other stuff. I don’t need to get to the number one, but I do need to do this. My job is to use music to bring change, uplift, and unite. It became so freeing when that thought struck me in July. I’m going to do this from a place of ministry and active service.”

His eleventh-hour decision to share “Not Alone” was validated by the floods of messages that followed Friday’s release. Strangers became friends as they shared their stories of depression and uncertainty for the future. Fans described how the chorus washed over their worries, confirming Myrin’s notion that this was the song needed to meet this moment.

This mentality is an intimate tradition in Myrin’s family, passed down from his missionary parents. As a child, the artist traveled from their home in Sweden to serve throughout Africa, Russia, Iceland, and Lapland in Northern Scandinavia, among other places. Following in the footsteps of his familial artistry, young Myrin took to piano quickly, followed by the guitar and vocals. Music became a constant in his life of revolving doors and unpacked suitcases.

He lends his global appeal to the ever-changing influence of his upbringing. As the only blond child in an African village, he gained perspective shared by few peers. His song catalog proves him wise beyond his years. Launching his musical career in the early 2000s as a songwriter for Hillsong London, Jonas made a profound global impact with 13 chart-topping anthems. He won two Grammys for “10,000 Reasons (Bless the Lord)” with Matt Redman.

Some of his recent successes include co-writing and co-producing four songs on Barbra Streisand’s critically acclaimed 2018 album Walls. His song, “At This Table,” from Idina Menzel’s holiday album A Season of Love, became one of the most-streamed original Christmas songs of 2019. Nicole Scherzinger performed their co-written song, “Victorious,” at the World Games’ closing song at the Special Olympics in Abu Dhabi in March 2019. Myrin also co-wrote “Beautiful Life,” a single on Simon Fuller’s XIX International project NowUnited. His song “Gloria The Gift of Life” has the end titles in the new film Fatima sung by Andrea Bocelli;  and “Together In This” in Jungle Beat: The Movie, which he wrote for Natasha Bedingfield.

The singer-songwriter admittedly hid behind the stars he worked with for years until Barbra Streisand asked why she had never heard of him as an artist. While working on her 2018 album, Streisand was struck by his demo for “Better Angels,” repeatedly listening to his vocals on the track. Her guidance and encouragement led Myrin to consider picking up his solo career where he had left it off in 2013 with his single “The Day of the Battle.”

His road to his recent release was paved with perceived disappointment and roadblocks. His European label closed their doors right before the album following his 2013 single was due. Staying true to his path, Myrin shares his message as an artist when the world needs it the most. The artist’s affirmations come from his parents, who raised him to believe that “from pain comes purpose.”

“Now is the time when the world needs this song. And now is the time when it’s able to make a greater impact than before,” he says. “I often say being a songwriter is like being a wind catcher. Our job is to try to catch the wind, and to feel what’s happening. When the wind is turning, we put up our sails. We don’t go against the wind, even if we thought we had our own plans to head a certain way. It’s to resonate with the wind, following where it’s blowing, catching that, and putting up our sails. We let the wind carry the song.”

Watch “Not Alone” below and look out for more from Jonas Myrin’s debut EP this fall. 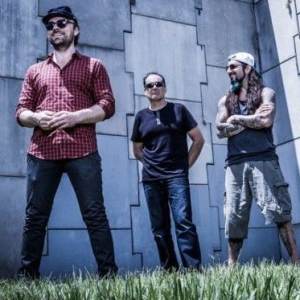 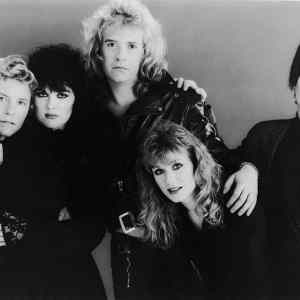