Country star Jordan Davis was forever changed by John Prine’s lyrical scripture upon his first listen as a child. His new EP, released May 21 via MCA Records, is Davis’ most authentic vision of his artistry, and he credits much of that to the late songwriter legend. Buy Dirt opens with a nod to the legacy of Prine, and an opportunity to properly celebrate his life which he lost too soon to COVID-19.

“Not that John Prine needed a tip of the hat from a kid from Louisiana,” Davis laughs, explaining his tribute to American Songwriter over the phone. “But it’s my selfish way to express my gratitude for the influence he’s had on my music.”

The EP opens with “Blow Up Your TV,” which includes a sampled portion of Prine’s “Spanish Pipedream” from his self-titled debut in 1971.

Blow up your TV / Throw away your paper / GO to the country / And build you a home / Plant a little garden / Eat a lot of peaches / Try and find Jesus / All on your own, he sings through an ethereal opener, setting the tone for the eight-track project.

“I have stood by how much Prine meant to me, but I’ve never introduced that to my fan base,” he says. “Including ‘Blow Up Your TV’ is my way to show a younger generation his music. By giving them an excerpt, maybe they’ll dive further into the goodness that is John Prine. I know how his songs make me feel, and I hope someone else can find that through this EP.”

Produced by Paul DiGiovanni, Buy Dirt is the follow up to Davis’ debut album, Home State, and his self-titled EP released last Spring. Here, he tackles topics he may not have been confident enough to do so on Home State. As a younger artist, his songwriting was geared toward the formulaic protocols of country radio. Buy Dirt reflects a level of comfort within his personal identity that allows honesty to flow from his lyrical content.

“I always enjoyed artists that I could watch grow and watch their career evolve,” says Davis. “A lot of my previous songs were written while I was still single. Being married and having a child changes your outlook on a lot of things.”

Buy Dirt is his attempt to re-center. With the help of a star-studded roster of fellow songwriters, including Hillary Lindsey, Ashley Gorley, Emily Weisband, and Josh Kerr, Davis transforms seemingly personal moments of strife into universal sentiments.

The 49-second intro melds into the simple-structured title track. The song, featuring Luke Bryan, is the jumping-off point of the EP. Written in an anecdotal form, the song reflects a conversation a younger Davis had with Bryan, another idol of his. The two musicians had first met at an awards show, then bumped into each other on the golf course throughout the years that followed.

“We sat around the fire after a golf tournament one day, smoking cigars and talking about everything but music,” Davis recalls. “That conversation always stuck with me. Luke isn’t just a great entertainer; he’s a great dad, a great husband, and a great friend, too. That’s what ‘Buy Dirt’ embodies. When I wrote it, I knew he could relate to the song’s message. I took a chance and asked him to join me on the recording, and he said yes.”

The EP continues to touch on heartbreak (“Almost Maybes“), old flames (“Need To Not”), and enduring love (“I Still Smoked”).

Better-suited for a stage performance than others, “Drink Had Me” came from a conversation with co-writers when they realized they were not alone in their elevated boozing when lockdown began last March. “Lose You” was bred from one of the more serious conversations—thanking their wives by acknowledging the difficult nature of being married to someone in the music business. After a big fight with his wife, he reassured her with his commitment to being his best self for her on the closing track, “Trying.”

“As a songwriter, you’re only as good as the songs you put out, and so this EP is full of songs that mean a lot to me.”

By celebrating the commonalities of our inherently flawed humanity, Davis managed to derive hope from a period of crippling division. His stripped-back songwriting approach leaves room for interpretation into each listener’s life, sharing lessons learned within the walls of his home. For Davis, it took thinking he might have lost it all to understand what it means to behold everything you will ever need.

“A lot of this comes down to what happened this year, and realizing this could all be gone tomorrow,” he says. “‘Spanish Pipedream’ matched up to what I learned during this. Music, like a lot of things, can come and go. But your friends and family, those things will be with you forever, and it’s a song about holding onto to those things.

Davis adds, “Prine has been telling us to live like this since the ‘70s, and it took a global pandemic for me to finally listen and understand.” 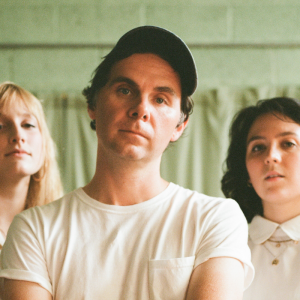 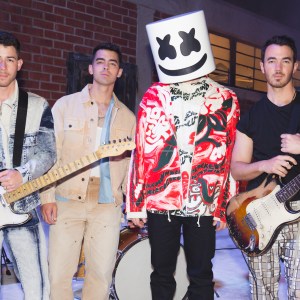