Multi-Platinum selling country star Josh Turner has always wanted to make a Christmas record. But between writing and recording eight studio albums, selling over six million records, and building a fanbase that surpassed three billion streams to date, the Grammy-nominated artist never found the right time. Now, nearly two decades into his legendary country music career, Turner has arrived at a point in his winding road where he was finally afforded the opportunity. Free from his worries about radio singles and other worries of an emerging artist, the 43-year old turned his undivided attention to crafting his very first Christmas album, King Size Manger.

Due October 8 via MCA Nashville, the eleven-track collection captures the Christmas spirit with dynamic interpretations of Turner’s hand-selected classics, as well as four originals— three of which he wrote. As a fervent traditionalist, and Gospel singer, Turner held Randy Travis’s An Old Time Christmas (1989) as the gold standard of holiday albums since his childhood in Hannah, South Carolina.

“I had fooled myself into thinking I need to make Vol.2 of An Old Time Christmas, but realized that wasn’t the proper direction for me to go,” Turner tells American Songwriter about his holiday project. “I needed to be me; I needed to base the record on the ideas that came from my heart. And that’s what we did—not only with the originals but with the classic songs, too.”

Not even the most enduring Christmas classics are one-size-fits-all, but Turner did not craft King Size Manger intending to replace Christmas Songs by Sinatra. His goal from the start was to piece together a project that reflected the season’s sentiment as Turner sees it, and distill that through the familiar sound of his expansive artistry.

His primary concern was crafting a collection that is a celebration of age-old holiday traditions, but also not just another country-tinged Christmas album. “There have been so many Christmas songs throughout history, done so many different ways,” says Turner. “And when it gets to be that time of year where you hear Christmas music played everywhere, after a while, everything starts to sound the same.”

The redundancy, he feels, has to do with the production. Returning to his friend and long-time producer, Kenny Greenberg, Turner established upholding the integrity of each song, as interpreted within his own artistry, as a priority within this project. “I told him I wanted to make a Christmas record that is in line with every other record that I’ve made,” says Turner. “And for me, Christmas is about something very significant. It’s not about a feeling or an emotion. It’s not about decorations, and commercialism, and all of that. I really wanted to make sure that the lyrics shined on this record.”

To do so, he approached each Christmas song as he would any from his previous projects. Turner was adamant about the fact that these tracks did not need jingle bells to be considered Christmas songs. “It doesn’t matter what kind of song it is, you have to allow the lyrics to paint a picture for the listener, mentally,” he says. “And so that’s what we tried to shoot for— taking these originals and making them fit in with everything else. And then taking these standards everybody’s heard a million times, and thinking outside of the box to record them in a way nobody’s ever heard before.”

The thought of contributing new Christmas songs to the expansive list of classics that people return to year after year to get in the spirit was intimidating at first. But upon further reflection, he understood the necessity of filling in the standard with poignant, and more personal contributions. Serving as the title track, “King Size Manger” highlights the birth story of Jesus as the centerpiece of the project. Penned alongside Mark Narmore, the illustrious track wields simplistic, yet evocative lyrics to chronicle the coming of a Messiah —a pivotal Biblical moment that fulfilled ancient prophecies.

“It obviously made an impact, we set our calendar by it, and it’s hope in a hopeless world that God would send his only son for us to set an example and show us a new way,” says Turner. “It’s about belief, it’s about grace, it’s about hope, it’s about love, and I’m proud that the title track of this record tells that story to some extent, and that to me is the reason for the season.”

Turner’s religious beliefs are bolstered in another original, “What He’s Given Me,” which he wrote with Pat McLaughlin. Inspired by Ralph Stanley’s legendary version of “Beautiful Star of Bethlehem,” the Bluegrass-steeped, banjo-driven tune features McLaughlins’s echoing vocals and inventories the many blessings bred from His birth. King Size Manger takes an unexpected turn with the Hawaiian-influenced “Mele Kalikimaka My ‘Ohana”—featuring Jake Shimabukuro and Ho’okena. Turner says his solo-penned track was inspired by an anniversary trip taken to the island with his wife, Jennifer.

“Soldier’s Gift” serves as the only original Turner did not take on as a songwriter. Greenberg was interested in outside cuts that fit in with their vision for the collection and reached out to his friend Tom Douglas, who had just penned a holiday-suited song with Travis Hill a few months before. “Listening to the demo the first time, I started wondering where it was going,” Turner recalls. “And as the song went on, it really impressed me because it told a story that none of the other songs do. It really intrigued me because it is an American story; it’s a human story. It’s something that many people can relate to and will appreciate. And it’s not the type of song that people are expecting when they pick up a Christmas record.”

Each of the seven standards he selected to record holds a special place in the artist’s heart, but wedged at the very center of the tracklist is his all-time favorite, “Have Yourself A Merry Little Christmas.” “I’ve always been one to try to explore my own heart and mind— this has been my favorite for so long—why is that? What is it about this song? I confront myself with those kinds of questions sometimes, and I did it with this one.”

Leaning into his curiosities, Turner was surprised by what he uncovered in his research. “My favorite musical performance in a movie has always been Judy Garland’s ‘Somewhere Over the Rainbow’—the year that it was done, knowing what kind of technology they had, it shows how great of a singer she was,” says Turner. “And it was one of the most perfect performances of a song I’ve ever seen, I’ve always admired her. So I was digging into the history of this Christmas song, and where it came from. And lo and behold, Judy Garland had the original version in a movie called Meet me in St Louis.”

Harmonic vocal contributions from his four sons and wife add levity to his ambient interpretation of the defining classic. Turner’s family joined him once before on a track from his 2018 Gospel LP I Serve A Savior, and he wanted to invite them back for this special recording project. “Have Yourself A Merry Little Christmas” felt like a fitting track to transcend the traditions from Turner’s home into the hearts of his listeners.

Beginning November 8, Turner will embark on an 18-city Holiday & The Hits Tour, with a stop at Nashville’s Ryman Auditorium—where the album will come to life for his audience alongside his era-defining hits.

Tickets and more information about Turner’s Holiday & The Hits Tour are available on his website. Listen to King Size Manger here. 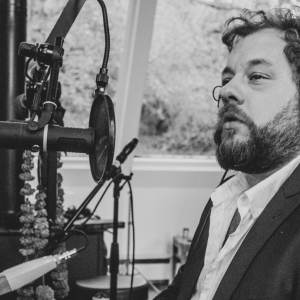 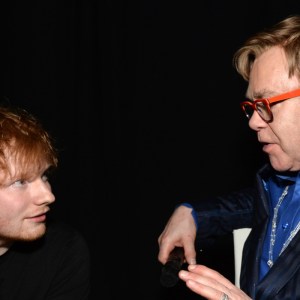