Canadian singer-songwriter, Julian Taylor premieres his latest single, “The Ridge,” today on American Songwriter. Of West Indian and Mohawk descent, Taylor reveals a myriad of ties through his music. The artist has recorded ten albums in the last two decades, each a dramatic departure from the previous. “The Ridge” is the title track from his upcoming album, due June 19 via Howling Turtle Inc.

“The Ridge” leans more Americana than his previous work. Lush instrumentation sets the scene of summers spent with his grandparents in Maple Ridge, British Columbia. They lived on a beautiful farm, surrounded by the Rocky Mountains, the Fraser River, and the Alouette River, breeding dogs and horses. His lyrics follow a poignant journey of his younger self. The melody winds down to a pond on the way to the barn, the one where he and his sister would catch frogs.

“It was a magical place for a child to grow up,” Taylor explained of the farm. “When I think of my happy place, it takes me there back to the driveway that was enveloped by huge trees and greenery right up to the red front door of their house, and I can see it all. I can visualize my childhood. My grandparents and aunt have passed away, but they live in my heart, and through the stories we shared and memories that we created.”

Out of utmost respect for the woman who raised him like he was her own, Taylor wrote this song after his step-grandmother’s passing in 2018. He explained that her maternal kindness was an act of bravery in his eyes. Taylor’s grandfather was Mohawk, and he and his sister were of mixed heritage. At the time she came into their lives, there was still much prejudice towards indigenous people of color, or what many incorrectly refer to as “Black Indians.”

“The core band that recorded the song with me are family members,” shared Taylor of the recording process at The Woodshed, a studio owned by Blue Rodeo in Malibu, California. “My cousins Gene and Barry drove down from the Kahnawake Reserve to record the entire record with me. I got the idea to ask my cousins to come down and record with me because we jam every summer at the annual powwow on the reserve. It always turns into one of those good ole’ kitchen parties. You know, with acoustic instruments and everyone singing along. It’s a lot of fun, and I wanted to try to capture that feeling on this record.”

Taylor produced “The Ridge” with his friend, Saam Hashemi. The duo collaborated to combine two distinct feelings. First, the classic, trippy feel of “Riders of the Storm” by The Doors, and the second, the outlaw spirit from “Ghost Riders On The Storm” by Johnny Cash.

Lyrically, Taylor brilliantly displays the months he spent outside of his more urban school-year home. The seasons shared with his sister working on the farm are definitive to his identity. “The Ridge” exudes innocence. The sense of place the song represents was the one that protected Taylor during his early life from the steep terrain he would navigate later in life. The song is one of gratitude for the place that gave him the rooted confidence to express his multi-faceted identity as an artist.

The Ridge is representative of a divide that eventually replaced innocence. As Taylor grew to understand the racial implications of his family, he revisits the trauma of not feeling Indigenous enough to be accepted into that culture. In the same vein, he thought he was neither black nor white enough for admission to either of those communities.

“When you look at me, I have dreadlocks, and I have brown skin, but the reality is I’m not what you see. I am an Indigenous person of color, and I am someone who grew up in a predominantly white experience,” described Taylor of his tangled background. “The Ridge, although it was my happy place, is also a metaphor for what life was back then and what life is now. It’s my way of pointing out the importance of innocence in a divided world.”

Listen exclusively to Julian Taylor’s latest single, “The Ridge” below. Stream or download this track everywhere this Friday, April 10. 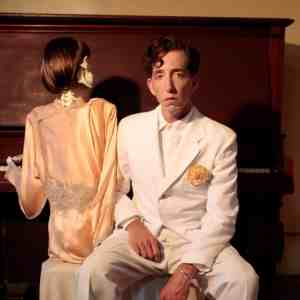 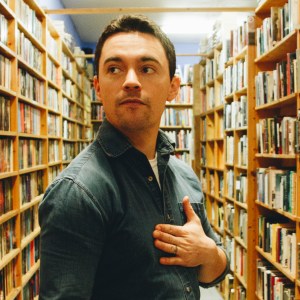