The album follows the band’s most recent release, 2005’s Between The Glow And The Light. After that release, the band took a break from recording and touring, coming back together in 2015 for two reunion shows in their hometown of Charleston, South Carolina in the wake of the deadly mass shooting at Mother Emanuel Church. Those shows marked the 10-year anniversary of their final pre-hiatus performance, and also served as the impetus for a small reunion tour that would eventually lead to Sparrow.

“Our first post-hiatus show in 2015 was simply a matter of timing: a decade to the day of our last performance at the Dock Street Theatre in Charleston,” the band’s Matthew Bivins says. “Our expectations were low; we were doing it because we missed each other. However we underestimated the fans and their desire to rekindle the community that we had created together. The reunion show became a reunion tour, and this community soon made it clear that they would be willing to help us make new music, too.”

Sparrow is the band’s fifth studio LP. They wrote the material together following time spent together on their reunion tour, calling upon fans to help bring the tracks to recorded form. “All the pieces fell into place: funding the album with the support of our fans, finding the time and creative energy to write new songs, enlisting the right producers to bring those songs to life,” Bivins says. “Every step of being Jump, Little Children again has not only been exciting, touching, and humbling, but very surprising—particularly the final product of Sparrow itself. It’s our best work in many ways and one that we couldn’t have made 10 years ago—a very personal creative project and a loveletter to those that asked us to come back.”

Ahead of Sparrow‘s release, Jump, Little Children has shared its first single “Hand On My Heartache.” The track breathes new life into of what earned the band such a loyal fan base in its early years —infectious melodies, heartfelt lyrics, energetic arrangements — and shows the band to have grown in perspective and matured musically while still staying true to its creative roots.

Listen to “Hand On My Heartache,” check out the band’s tour dates, and see the album artwork and track list below. 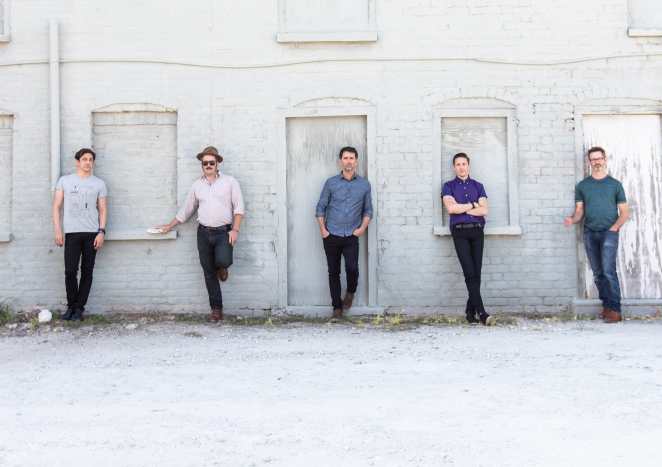