Last week, Guillaume de Kadebostany—a.k.a. KADEBOSTANY or President Kadebostany (of the Kadebostany Republic, of course)—shared a dreamy, dystopian electro-pop tune called “Take Me to the Moon,” featuring rising Moldovan singer-songwriter Valeria Stoica. Now the duo are giving American Songwriter an exclusive first look at the accompanying music video, and it plays like a sleek, Swiss Weekend at Bernie’s / Black Mirror mashup that we didn’t know we needed.

Featured below, the flick was crafted with the help of director Hasan Kuyucu. “He had this great idea,” Kadebostany recalls of Kuyucu’s original concept. “He explained it to me like this: ‘Guillaume, you are dead and Valeria is full of life. We are going to play with this contrast.’ I immediately thought it was a brilliant idea. The video represents my last wishes and Valeria is my guide… I usually shoot my videos abroad but this time I wanted to highlight the beauty and diversity of Switzerland.”

For Kadebostany, “Take Me to the Moon” comes after 2020’s Drama – Act 1 EP, and it will appear on a follow-up EP called Drama – Act 2, which is slated for release later this spring. For Stoica, the track comes after her debut album, I Don’t Like Roses, released back in September. We caught up with Kadebostany over email about collaborating with Stoica, the official soundtrack of the Kadebostany Republic, and his new TV channel (yes, KADEBOSTANY TV is a thing).

Check out the full interview and watch the “Take Me to the Moon” video below.

American Songwriter: What’s the story or message behind your new track “Take Me to the Moon?”

Kadebostany: This song is the fruit of my collaboration with Valeria Stoica, an artist from the Republic of Moldova. The idea was to talk about someone who wants to leave planet Earth for a better world. I was inspired, among others, by David Bowie’s song ‘Space Oddity.’ This song has always fascinated me.

AS: What was the vibe or mood were you going for?

Kadebostanty: I invited Valeria to my recording studio in Switzerland and we worked for three days just before the first lockdown in 2020. We felt that something worldwide was happening. As if a cloud was hovering over our heads and darkening the horizon. I think that influenced the mood of the song and in a way beyond the melancholy there was a desire to bring a touch of hope. As far as style is concerned, I always try to combine tradition and modernity. Guitars are next to modular synthesizers and I like that we don’t manage to precisely date a track.

AS: How’d you two get connected in the first place? What made you want to collaborate on this project?

Kadebostany: I collaborate a lot and I am always looking for artists with singular voices. When I was offered to work with Valeria I immediately fell in love with her voice and her musical universe. Then when we met the magic happened. I live for those moments of musical connection when things happen spontaneously and nobody could have predicted that such an incredible song would be born.

AS: What’s going on in the music video? And where was it shot?

Kadebostany: I [worked] with a director of Turkish origin that I love, Hasan Kuyucu. He had this great idea, he explained it to me like this: ‘Guillaume, you are dead and Valeria is full of life. We are going to play with this contrast.’ I immediately thought it was a brilliant idea. The video represents my last wishes and Valeria is my guide. We [start] from level zero—the lake—and we go up to the moon through the top of the mountains. I usually shoot my videos abroad but this time I wanted to highlight the beauty and diversity of Switzerland.

AS: We’re almost a full year into the pandemic. What music has helped you get through this weird, challenging time?

Kadebostanty: I listen to music all the time. Lately, I’ve been listening a lot to MGMT’s Little Dark Age, Future Islands’ As Long As You Are, The Avalanches’ Wildflower. To get a better idea of the music played in the Kadebostany Republic, go listen to the TOP 50 KADEBOSTANY REPUBLIC on Spotify.

Kadebostany: My next EP Drama – Act 2—including the single “Take Me to the Moon”—will be released in May. I’ve just launched my own TV channel and new episodes will be coming out in the next few weeks. It’s a way for me to explain what I do on a day-to-day basis, to keep in touch with my fans—if I can inspire people to follow their dreams it’s beautiful. Ultimately I hope we can go back on tour because the DRAMA show is unstoppable! 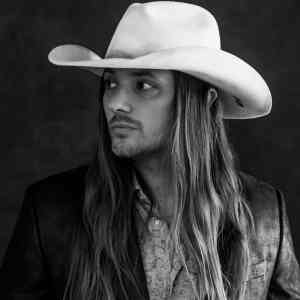 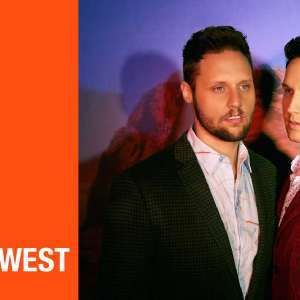