“It is distinctly possible to stay too long at the fair,” Joan Didion wrote, in “Goodbye to All That,” of her tumultuous first stint in New York as a disillusioned twenty-something.

“I’ve seen all of the signs / You’ve been missing the spark in your eyes / It’s probably best if we live our own lives / Still I cannot say goodbye,” she croons with a slight country twang over mournful piano and guitar parts that swell then quiet toward the end of the song.

Though Mills initially started writing “No Good At Goodbyes” about a friend, she eventually realized that, at its core, it was a deeply personal number.

“‘No Good At Goodbyes’ started out as a song about a friend of mine who had gone through a break-up,” explains the New York City-based singer-songwriter. “It got me thinking about some of my past relationships, and how I often stayed too long, even when I knew it needed to end. Even though this song was initially inspired by a friend, it is probably one of the most personal songs on the album. Meaning, it is totally true–I am absolutely terrible at goodbyes! Even things like quitting dead-end jobs, or taking down the Christmas decorations are really hard for me!”

Mills says her experience writing “No Good At Goodbyes” was emblematic of her songwriting process in general.

“When I begin a song, usually I start with an initial idea and the overall feel I think would go well with that concept,” says Mills. “Sometimes the feel or groove changes as the song develops, but it’s a starting point. Then I sit down with my piano or guitar and begin to craft the story arc of the song–what I’m really trying to say, where I want it to go, and how I want it to feel to the listener. I play with different melodic or lyrical lines until things start to click into place.”

“No Good At Goodbyes” is the third single off Mills’ forthcoming album, Each Bittersweet Drop, following “Honest Mistakes” and “Outrun the Night.” The latter is especially promising–it’s a foot-stomping “southern-rock” number that sees Mills building up the courage to face her demons: “I’ve got shadows hidden deep inside / I’ve got battles I still need to fight / It’s time to face the monsters / look ‘em in the eye / I’ve tried to hide but I can’t outrun the night.”

Mills moved to New York City after earning a degree in social work in her native Philadelphia. She left her job in that field to focus on music full-time, leading her write and record Each Bittersweet Drop. The album is out March 6. 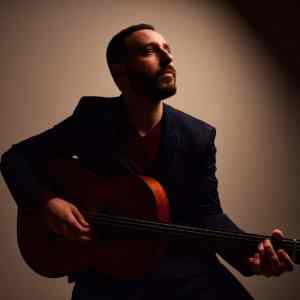 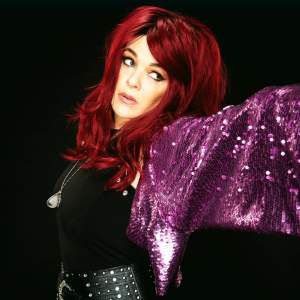