After 40 years of dedication to Mountain Stage, the beloved co-founder, artistic director, and long-running host Larry Groce has passed the torch to Kathy Mattea.

On September 9, the two-time Grammy Award-winning artist officially stepped in as the second-ever host of NPR Music and West Virginia Public Broadcasting’s celebrated live performance radio show. Though Groce left big shoes to fill, Mattea is a well-suited candidate to continue the sacred tradition on one of acoustic music’s most revered stages. As a West Virginia native with an acclaimed discography and a few years of experience guest-hosting the show, the artist is humbled by the institution and honored to stand at her new post.

“I never went looking for anything,” says Mattea. “But so many of the great things that have happened to me in my life have happened just because I’m kind of feeling my way into the next right thing. And a space opens up that I wasn’t looking for and didn’t see, but suddenly feels right. And that’s kind of the way this evolved for me.”

Born and raised in Kanawha County, Mattea lived in West Virginia until the late 1970s, when she moved to Nashville to pursue her dreams of a career in music. The arc of Mountain Stage‘s evolution aligned with Mattea’s career since its inception in 1983—the same year Mattea signed her first record deal with Mercury Records. Her first time on the show was in late 1985. Then, in 1986, Mountain Stage played the NPR Convention in an attempt to take the show nationally, and Mattea was a guest.

“I just came back often. It’s just one of my stops, especially when I have a new album out,” Mattea tells American Songwriter. She jokes that the only person who’s been on the show more than her is fellow West Virginian, Tim O’Brien. She adds, “So I feel like I’ve gotten to know them. And it’s been a source of pride and a familial kind of connection.”

In 2019, Mattea began guest-hosting the show as Groce took baby steps back from his full immersion in Mountain Stage. The institution agreed Mattea came to it naturally and brought her back several times over the last two years. “They started to make it known that if I was interested, they would be interested,” she says. “And I had to really chew on it. Because it’s not an obvious fit for me, and I’m still on the road doing my own stuff. But I realized that it lines up with everything that I value. It’s an important show. I think it’s really important to give musicians an outlet and a place for audiences to find new music and musicians to find new audiences.”

She cites Mountain Stage‘s track record for finding talent before the rest of the world. But, beyond the discovery component, West Virginia is her home. As the face of Mountain Stage, Mattea sees the opportunity to overcome stereotypes about her native state and deliver a more honest version of West Virginia to a global audience.

“It’s a very soulful place, is the best way I can put it,” says Mattea. “People know about poverty, and Appalachian struggles and the opioid crisis and all those things. But there’s this other thing, which is part of what makes it hard here. People in Appalachia, and West Virginia specifically, have an attachment to a sense of place that has been lost in much of the rest of the country. It’s generation after generation, living in the same area, sometimes on the same piece of land. So that, like for my parents, there were certain mountains that are like part of their family.”

That sense of place creates a community of codependence. Mattea recalls a conversation with a fellow West Virginian, Bill Withers, about his legendary hit “Lean On Me”—which was inspired by his upbringing in a coal mining town, where his father worked as a miner.

“He told me that they were so isolated in the hollow that it didn’t matter who was black or white. If you needed something, needed to borrow a tool, needed someone to come work on your house, everybody helped everybody. There was no differentiation because everyone was in the same boat. So those small communities tucked away in the hills that take care of each other, that’s the essence of it for me.”

For Mattea, the role is also an opportunity to pass along the lessons learned in her still-running career as a solo artist. After decades of focus on her own career, the enduring artist is thrilled to take a step back and flip the lens from herself over to her successors hoping to follow a similar trajectory. As an industry vet, Mattea especially respects their spirit despite the uncertainty of how much traction they’re going to get in the long run.

“I’ve been in their shoes,” she says. “Hospitality, respect, and being seen by another person who knows about music is really important when you’re starting out.”

Looking ahead, Mattea is only concerned with continuity. “My joke right now is that my job is to not screw this up,” she laughs. “This is going to be really different for a lot of people who’ve listened for a long time. So I want to try to stick as close to what the central vision of the show is.”

Though critical to honor the traditions of this well-respected institution, there is always room for responsible growth. Mattea credits the executives of Mountain Stage for being open to new ideas and considering evolving perspectives. As host, she hopes to continue seeking out new talent and bolstering their careers with the show’s spotlight.

“As far as something to add, or bring to the table, it will evolve as I settle into the process,” says Mattea. “Most of the time, those things are more organic. I guess the only thing I would say is I think that the stage has been a little bit under the radar screen. And I’d like for the show to have the respect it deserves because they’ve been quietly doing their thing for a long time.”

To uphold Mountain Stage‘s integrity, Mattea invests countless hours into careful listening of album-after-album for each artist she hosts. Her greatest fears are to mispronounce a name or get an artist’s story wrong. For artists she already knows, there is a bit less pressure leading up to the event. But for new artists, which she welcomes many, it requires hours at her desk.

“I have to go back through everything I can find, and glean what it is that makes them special,” she says. “And then sort of usually people come with a new piece of work, so I need to know that album. And what they learned from it, what they’re bringing forth. But this is forcing me to go deeper than I normally would. And that’s really good for me.”

At 62 years old, Mattea acknowledges the lack of motivation to learn new things that comes with age. She compares her duties as host to the experience of going back to school. Some days the pile awaiting her in the office feels daunting, but overall she takes it on as a fulfilling challenge. “It’s fun to go through all this material, and then try to call out into a few sentences, something that opens the audience’s mind before this person steps on stage,” she says. “Like, here’s why you should be excited to hear what you’re going to hear.”

This practice is almost journalistic and requires a particular skill set. She explains the prep work as active listening, but instead of reflecting back to the subject, the host must reflect what they have seen and hear about an artist back to the audience. She adds, “It feels like serving something; waking up some curiosity in people.”

One of the most fulfilling aspects of this role is witnessing the emerging class of artists. Their strength, as she sees it, is that the generation of young people rising to the surface was raised on acoustic music, but also listened to a wide range of other genres and are blurring the categorical lines and pioneering new sonic paths. Mattea grew up in the ‘New Grass’ era and has a deep appreciation for progressive young people who are commandeering traditional music and expressing it in new ways.

Keep up with Mountain Stage, here. 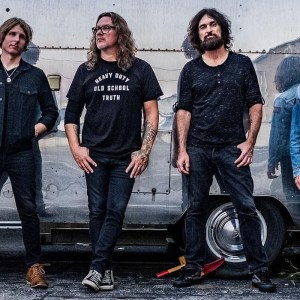 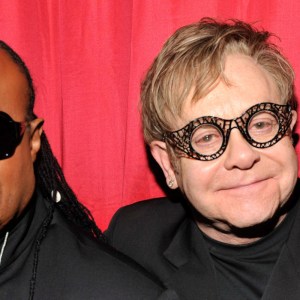