There’s the lone wolf and the pack mentality. The two ends of the psyche, and how it relates to where humans are in this moment in time, are what Candlebox explores on their seventh album Wolves. Produced by Dean Dichoso at Henson Studios in Los Angeles, and following Disappearing in Airports in 2016, Wolves takes a cold, hard look at the pitfalls of humanity and its more vulnerable states.

Writing most of the lyrics and melodies in 2018, the band started recording in 2019 with vocals laid down by January 2020 and the final mix and master by February with an initial release date planned for later that year, before everything was shelved during the pandemic. “It was a very strange period sitting on this for so long,” says Martin. “It’s not something I’ve ever done.”

Initially, the band had 15 songs, which were whittled down to the final cut of 11. “There comes a point where you get in that environment and you start to look at those pieces that don’t fit, and these were the most cohesive of the 15 songs and had some sort of pattern,” shares Martin. “The others were a little too familiar to a previous album, and we just felt that was redundant. You have to let your subconscious tell you that sort of thing, then the conscious catches up and says ‘oh yea, that’s right.’”

An additional year with the album helped Martin find a better understanding of the lyrics. “I was understanding more of the direction, lyrically, that I took a listen to it, but I knew what I was writing about when I wrote it, but the world has changed so much these past two years,” says Martin. “It’s almost a little bit more poignant for me now.”

Wolves conveys the two spectrums of survival, all played out by a band that has outlasted most scenarios in their 30 years. The first shove of “All Down Hill From Here,” co-written with Martin’s longtime friend, Blind Melon’s Christopher Thorne, addresses the rise and fall of stardom, and the ascension back up. “Let Me Down Easy,” a bluesier jolt, co-written with Peter Cornell (Chris Cornell’s older brother), is a song the pair wanted to sound like something Black Rebel Motorcycle Club would do, while ”My Weakness,” is Candlebox’s “Summer of 69” (Bryan Adams), says Martin.

Referencing “All Down Hill From Here” again, it’s a song nearer to Martin’s heart. Formed in 1990, just one year before music began shifting with the release of Pearl Jam’s debut Ten, Nirvana’s Nevermind, Candlebox soon went quadruple platinum with their self-titled debut two years later with singles like “Far Behind” and “Cover Me” before going on hiatus in 2000. Regrouping in 2006, the band released their fourth album Into the Sun in 2008 with Love Stories & Other Musings to follow in 2012, and the band has experienced their own trip through the highs and lows.

“It’s a story I think a lot of people can relate to, not only musicians,” says Martin of the track. “It’s like the boxer who’s on his last legs. He still has an opportunity. You really can’t count anyone out.”

Time moves faster now, but everything else in Martin’s life has been moving at a steadier pace since the band regrouped and were no longer with a major label.

Within the band, working with guitarist Peter Klett and bassist Bardi Martin on the band’s second album Lucy, released in 1995, felt like fitting a square peg in a round hole every time the band tried to write for the album, reveals Martin. “Everyone is trying to get their word in edgewise, but the crazy thing is we shared everything equally, even in the songwriting,” says Martin. “Ego is an incredibly destructive thing. It’s fascinating, how quickly it chokes and ruins the simplest of processes.”

Martin adds, “If you have that ego in your mind, you’re letting it direct you, and it’s gonna fuck everything up, whether it’s music or whatever it is.”

He learned a lot from recording Lucy, particularly the detriments of forcing a song. “I won’t force that peg into anything,” says Martin. “If it is not working, and it’s not coming to me naturally, I don’t care to hear it.”

For Martin, who doesn’t consider himself a prolific musician, writing has always been more spiritual. “I’ve never worked really hard at trying to write a song,” he says. “I’ve always found that if it’s not coming, I’ll just walk away because inevitably, another one’s going to spring up. Every time I finish a record, I say that I’m living in the prison of that album as long as I can. I certainly take my time, and I don’t feel like I make records until I’m emotionally ready to make a record—I’ll avoid it at all costs.”

Thinking of the past three decades with Candlebox, Martin thinks of the famous Richard Carlson saying “Don’t sweat the small stuff… and it’s all small stuff.”

“You can use that with so many different experiences you have in life,” says Martin. “And it’s not just about being frustrated about a job or if the drums or guitar don’t sound right. It’s just life, man.”

He adds, “I’ve just accepted that I’m the musician, and this is my band, and I’ve had a great career. I’m very happy where I’m at right now. Hopefully, there’s something that still connects with our audience that keeps us in their spotlight a little bit longer.” 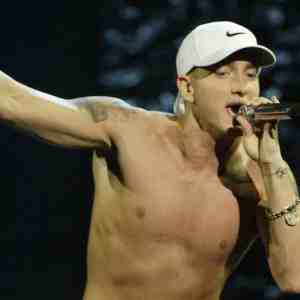 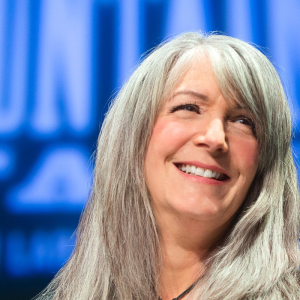