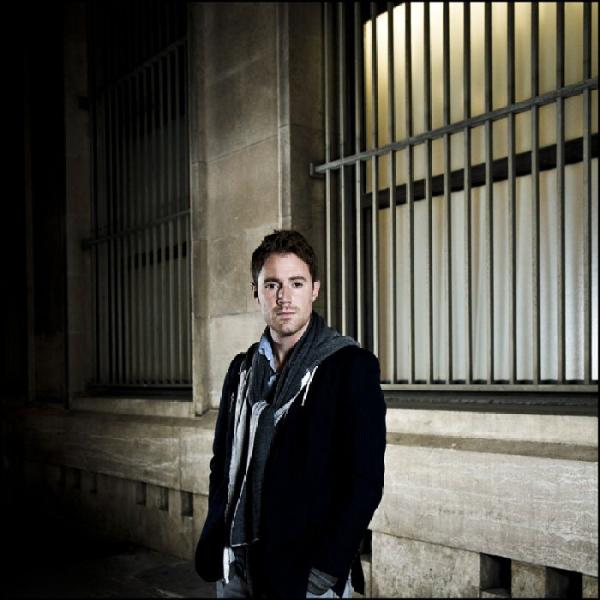 Keegan DeWitt, singer-songwriter and film composer, originally hails from Oregon. His career has taken him from Brooklyn to Paris to Nashville. We talked to DeWitt about his new EP, Nothing Shows, and the difference between composing music and writing songs. Also check out his profile on American Songspace.

Your wrote the score for the film Cold Weather, which garnered some buzz last at South By Southwest. How did that come about?

The directors, actors and crew are all old old friends. We have been a team for three films now, Cold Weather being the most recent. Me and the director Aaron Katz grew up together at a fine arts school in Portland, Oregon. We were trained by an amazing director named Barry Hunt and we’d spend two hours every afternoon locked up in a classroom writing and writing and writing. Our first film, Dance Party USA was snatched up out of relative obscurity to premiere at SXSW a couple years back and went onto receive a bunch of surprisingly great reviews. We followed that with Quiet City, which really helped put us on the map. The press for Dance Party had been pretty indie and below the radar, but Quiet City ended up as a NY Times Critic’s Pick and was nominated for an Independent Spirit Award. That was an amazing ride that eventually lead to us premiering this brand new film at SXSW this year. We were just purchased by IFC and will be releasing later on this year.

How long have you been scoring films? How’d you get into it?

As momentum built from Quiet City, I started to get some regular correspondence through my website via aspiring film makers. In many ways, that’s been one of the more satisfying side effects of my entire scoring career and the “Quiet City” success. As it went into syndication on the Sundance Channel and hit apple.com, NetFlix and other outlets, it started to get this indie fan base that really connected with it. Many of these people were talented photographers or film makers. This has introduced me to some pretty amazing projects, working with people all over the world. I recently scored some incredible short documentaries for HDNet shot by a gifted french journalist who embedded in Afghanistan and covered the culture there. I’ve also met some supremely talented filmmakers who have worked on music videos or shared their work with me. It’s been a great bonus.

Also, composing offers me a very specific opportunity separate from my pop music. I can deal in such a different space where the structure is entirely unique. With a score, I can be as sparse as I choose to be, accenting such subtle and artful moments that are running in tandem to a visual. That is a really satisfying experience for me. I really enjoy being able to speak to some sort unsaid narrative to a film. It’s a real privilege to watch a scene of two people sitting next to one another, and I’m the one person who gets to acknowledge how much they love each other or how terrified they feel. I can do that all with two or three piano notes. That is pretty amazing. The actors, the director, the writing… it all has to confine itself a bit… but I can be the one to say those things…. “these people are falling in love”.

When you compose scores, are you working by yourself, or is it more of a collaborative process with the filmmaker?

It depends. With Cold Weather we had a real budget and a production office, so I got to go and spend three months up in Brooklyn (my old hometown) and sit next to Aaron as he cut the film. We also had a lot of pre-production for Cold Weather. There are two or three rounds of demos where we were just collecting sounds and creating a palate of sonic stuff that we wanted to use. I was pulling from a ton of different sources and influences. I’d see a La Blogoteque feature on Animal Collective using these found objects to perform their music live and email it to Aaron. He’d have a thought about how we could build tension and he’d write it out and send it along. It was a great collaborative process. Then, once we were in the production office, I’d get some stuff put to tape and we could sit and listen/watch and talk briefly, then I’d get right back at it. We could go back and forth, which was super satisfying.

For some of the smaller productions, I’ll be on a different continent than the director or the budget won’t allow us to actually have a studio space where we’re creating everything. In that circumstance, I’ll develop a big grab bag of cues and send them over and sort of let them dig through and see what gets them excited and inspired.

You’ve got a new EP, Nothing Shows, coming out. When did you write the songs for this project, and what should fans expect from it?

This new EP was written while I was in the midst of pushing my last record Islands. I was traveling up and down the east coast touring and doing press and it was tough to really find time to focus. I was also in the center of Nashville and new I needed to really remove myself to write material that was exciting for myself. I did a lot of the writing, especially the words, during two extended stays in Paris and Rome last year. I had tracks and tracks of ideas and parts, and I knew the music was there. 90% of my work is influenced primarily by writing or film, so I took a few books and went over there to spend some time alone. I feel like there is a real value to extended time alone in those kinds of places. Time is a great constant in that after enough time just kind of wandering around, not constantly talking or interacting in your own language, your brain starts to change. It puts you in a perfect place to write. You’re not running your mouth, you’re just listening and seeing all of these things, and they suddenly start connecting themselves to all of the things rolling around in your brain. All of your questions and concerns jumble around in there too. You can’t worry about your laundry or rent or any of that, you’re on the other side of the atlantic and no one speaks your language and that starts to make my brain super focused in a good way. It also starts to change the way I listen to music. Everything is amplified and feels like it has more personal density.

The EP itself is constructed out of a bunch of different sounds. I was really inspired by everything from Dirty Projectors to Peter Gabriel to Mali music to Serge Gainsbourg. I wanted to make a collage of an EP, something that felt like the last year of my life. It was important for me to construct something that reflected the diversity of myself and the process in which it was a product of. I feel like there are a couple artists who are doing this really well at the moment, Feist and Charlotte Gainsbourg being a couple. Their records feel nuanced and reflective of someone who is fascinated by more than conventional music, but by culture and sounds and sights and smells.

In terms of writing, how do songwriting and film scoring feed off each other, if at all?

It’s interesting because they definitely do, but in such a subtle sub-conscious way. For example, the Cold Weather score features a lot of banging on pots, pans, cellos, etc., and you can hear that throughout the new EP (“Hearts Beat Loud,” “Say La La”). I create sounds in spurts, and if I find something that I find specifically expressive, I’ll use it in either context (score or pop) for sure. I also feel like the pop stuff is very cinematic. It puts a high priority on the small nuances of “moments”. Many of the songs are about very specific moments, like a small scene from a movie. That being said, it’s cool because they aren’t super super topical. Instead, the observe the moment in much the same way my score work does… as an observer.

When did you move to Nashville, and how integral has living and working in Music City been to your career?

I moved to Nashville roughly two years ago after six or so years in Brooklyn. Nashville has been vital in that it’s allowed me to make music my full time career. There is something priceless about allowing music to be your singular focus. In Brooklyn, the price of living was such that you’d have to be working a full time job, and I found myself putting 50% effort into both that job and my music. Nashville allowed me to put 100% of my effort into music. Added to that are all of the amazing relationships I’ve built here. Madi Diaz is a great example of that. She’s someone who I grew close with super early on in my time here, and we’ve both had each other to share the ups and downs and put stuff into perspective. Also, it goes without saying that Nashville has some incredible and dedicated musicians who’ve allowed me to explore so many different paths. 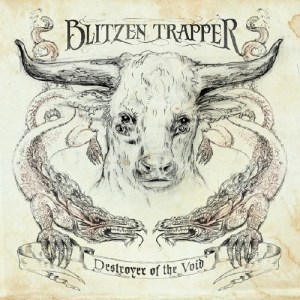