“Why is every movie you’ve ever seen about an artist the worst, most depressing thing?” asks Kelis. When watching Judy—which depicted the ill-fated life of Judy Garland and earned star Renée Zellweger the Best Actress golden statuette—Kelis couldn’t help but think about the artist’s story, in retrospect at least. Why is it always so sad? “There are so many elements that can be that way if you allow them to be,” says the artist, who has carved out a less dismal existence as a singer, songwriter, author, chef—and, yes, farmer.

Half a decade before her “Milkshake” brought all the boys to the yard, her 1999 debut Kaleidoscope set the scene. Kelis was a true artist. It was as simple as that. She had something to say, and damned if she wasn’t going to get it out from the epic roar of I hate you so much right now and subsequent Aaaaaaaaaaaah of “Caught Out There” through other empowered singles “Get Along With You” and the Pusha T-featured “Good Stuff.”

Kaleidoscope was a force of the artist and producer, forging the young production team of The Neptunes’ Pharrell Williams and Chad Hugo and the New York City born and raised, Harlem-bred singer. (Kelis recently said The Neptunes never honored their initial agreements, which prevented her from receiving any money from the sales of the debut and follow up, 2001’s Wanderland.)

Now 20 years later, Kaleidoscope is still Kelis’ most dynamic body of music. “It has its moments,” Kelis tells American Songwriter. “It’s nuts. Sometimes it feels like it’s been another lifetime.”

An anniversary edition of Kaleidoscope features song versions available for the first time, including “Caught Out There (Neptunes Extended Mix)” alternate mixes of “Get Along With You,” including the “Morales Club Mix,” “Soul Inside Radio Mix,” “Mix Show,” “Pharrell Edit,” and a “Bump & Flex Radio Edit.” A translucent orange vinyl edition will also be released March 6.

On Kaleidoscope, or any album, Kelis doesn’t look back or linger on her songs too often. “I’m not going to sit down and have philosophical conversations about a song of mine,” she says. “It’s a body of work. It’s something I’ve done, just like anything else that I’ve done.”

After two decades, it’s hard for Kelis to even pinpoint a Kaleidoscope track that still resonates with her and admits that she doesn’t even listen to her own music. “I guess I really don’t think in those terms,” says Kelis. “I can’t really say that I feel connected to anything. They’re all moments on their own. I’m not someone who listens to myself all the time. I don’t ever actually listen to myself. I don’t have to feel connected to myself or who I am through my songs.”

In a way, Kaleidoscope has instead served as a life marker for the singer. When the album reached its 10-year anniversary, Kelis had somewhat of an epiphany about her life. A decade had passed, and she started to think about what else she wanted do, so she become a chef. After training as a professional saucier at Le Cordon Bleu, she launched her own food line, Bounty & Full, and released her first cookbook, “My Life on a Plate” in 2015.

You can say Kelis has managed to carefully curate each portion of her life—debut with game-changing album, release more hit songs, attend culinary school, get a TV show, write a book.

Selling her Los Angeles home and leaving the city behind, she relocated to a 24-acre farm in Temecula, CA to bask in the agricultural life—and to have a direct impact on the expansion of Bounty & Full. An olive grove, fruits, brussels sprouts, green peas, garlic, tomatoes, and pumpkins—chickens, a goat, cows, and an alpaca are joining once the weather warms—are all part of Kelis’ farm life now.

Living detached gives Kelis the clarity she needs to make food—and music. “For me it’s been my lifestyle for a long time,” she says. “It allows me to do what I do, and to really look at this as what it is, which is something I do and not who I am. Because I have to be on the road, one always tips the scale of the other at one point or another.”

To create both she says it’s necessary for her to be in her own space and in her own thoughts. “I think I’ve always been that way,” she says. “We’re so accosted with information and new stuff all the time that it’s hard to have these authentic, pure thoughts of your own.”

The information overload is social media, and it’s a sore subject for Kelis, but not something that impacts her too much. You won’t find her hourly (or even daily) posts on Instagram any time soon since she limits her screen time to work.

“As far as my work is concerned, I’m active as I possibly can be for that purpose, but it’s so not part of my life,” she says. “Social media is what we have right now, but it’s not everything. It’s your life being put on a platform and you being told you’re supposed to care about that. If you’re not able to use it as a tool for business then you’re doing yourself a disservice, because it’s not good for humans.”

Social media has lost whatever interesting edge it once had when it started, says Kelis, before quickly slipping into some shallower vortex. “Now it’s not interesting anymore, because it has changed how people post, changed how people think, and changed what’s cool or great,” she says. “It’s political, but it’s not. It’s just powerful enough to be irritating but not powerful enough to change anything.”

She adds, “It’s just all so adverse to human existence and nature. I’m not afraid of it in the sense that yes it’s a necessary tool, but it’s not something I take seriously. It doesn’t govern my life at all.”

What is governing her life is music, her business, growing the farm, and a future TV opportunity. This year, she’s planning to return to television—she previously appeared on the Cooking Channel’s “Saucy & Sweet” in 2014, complemented by her sixth album Food. She’s also going to start producing butters and cheeses for Bounty & Full, which will get a brand revamp later this year.

Music is Kelis’ other half. She’s working on new material but she’s not sure what the next album is about, yet hints that it may be something reminiscent of her past. All she knows is that making music (and food) feels real good right now. “I’m definitely working, and it’s really good,” says Kelis. “I feel alive, and it’s a really good time in my head, musically, so we’ll see.” 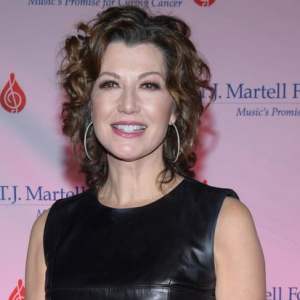 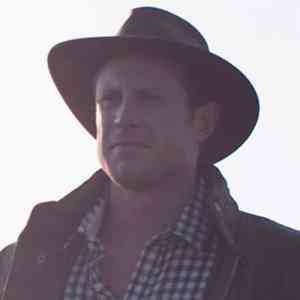