Scott Clay isn’t afraid of the dark. The Seattle singer-songwriter wrote his new album, Time Will Tell–premiering today on American Songwriter–in a dream state in the middle of the night, and his imagery trends both nocturnal and metaphysical.

“As a songwriter I’ve always aimed to keep the writing process in the realm of the sacred,” Clay tells American Songwriter of his approach to the craft. “Songwriting a somewhat mystical and inexplicable phenomena to me, and I attempt to leave it as raw and unstructured as possible. No teacher in the room, no rules or guidelines, as little ego interference as possible; a world of dreams, pure melodies, colors and ether.”

That “world of dreams, pure melodies, colors and ether” is carefully captured in Time Will Tell. “This might be heaven / This might be hell,” Clay sings in the album’s title track–a restless opener that befits an album borne of restlessness. “Only in dreams / I’ll see you soon,” he croaks in the album’s penultimate number, alluding to someone or something absent and ethereal. “Under the cover of night / come alive,” he instructs himself in the album’s aptly titled closer, “In Darkness.” In all these instances, Clay finds himself tossing and turning.

“Time Will Tell was written in this manner, waking up from a dream at 3:29am with a very strong melody running through my body, still in a dreamscape,” says Clay of his experience writing the album. “In this state, I could see myself in third person struggling through the life I’ve lived. Creating chaos or wonder for myself by the perspective I choose at each moment, both tormented and fascinated by the complexity of the mind.”

That’s not to say Time Will Tell is a tormented album. “Dance With Me,” “More,” and “Nothing at All,” in particular, are breezy and buoyant. In “More,” Clay delivers a decidedly optimistic message above knotty guitar: “When the rain clouds come our way / When the nighttime settles in / Don’t be afraid now / Cause in the light of day / You know our love will find its way.”

Clay says that the dream state in which he wrote the album gave him a different perspective on his life.

“I could see myself anxiously wrapped up in each moment, worried and confused about which direction to go, but through the perspective of months and years of time, this confusion and anxiety seemed to melt away entirely,” explains Clay. “I felt comforted by this perspective and compelled to not only capture it as a song for myself, but also share it with others. This was the world of thoughts and feelings that Time Will Tell was written in.”

Clay sang and recorded Time Will Tell on his phone upon waking for that 3:29am session.

“[The album] was finished about as quickly as it takes to sing [each] song, recorded on my phone, after which I went right back to sleep,” says Clay of the first take. “The next morning as I was driving to work, I played it on the car stereo and felt as though it was complete, didn’t need any reworking or refining. And it’s been left in that state ever since that early morning writing session.”

The main difference between Clay’s initial recording and finished LP lies in production. He recorded the album at Hall of Justice Studios, in Seattle, with bassist David Dawda, dummer Sean Lane, and pianist Daniel Walker.

“A roommate of mine had suggested recording Time Will Tell at Hall of Justice studios,” says Clay. “It wasn’t a studio I’d ever heard of, but some of his favorite artists had used the space and so I reached out about recording there. I learned that the space was owned by one of my favorite producers and engineers–Chris Walla of Death Cab for Cutie. He was a pleasant and good-natured person to book the sessions with and he quickly put me in touch with the house engineer, Mike Davis. I clicked with Mike almost immediately on a creative level. He and I set out to assemble a ‘dream team’ of session musicians, a few that I had worked with on past projects, and a few that Mike had worked with at ‘the Hall’ over the years.”

Though Clay’s singing and songwriting bind Time Will Tell together, Clay credits David, Sean, and Daniel with fleshing out the album through their instrumental contributions.

“The sessions ended up being relaxed and exploratory, not feeling much of a rush for time, as is often the case in the studio, we really tried our best to let each player bring their own personality and melody to their instrument,” says Clay of the recording process. “David played the bass in drop C, Sean performed the opening instrumentation to the album on his wild, self-concocted bicycle strings setup, and Dan brought his magic to the Hammond and baby grand.”

Time Will Tell follows Clay’s latest EPs–2019’s Summer Lullabies and 2018’s Garden Songs. As with previous releases, his elastic vocals and guitar work take center stage. But his songwriting, more than anything else, imbues the album with a sense of wonder. Its ten sleepless tracks amount to a warmly melancholic self-portrait.

“I tried my hardest to just tell the stories through the songs, in a conversational tone, without fanfare or glitz, to be a storyteller holding a guitar,” says Clay. “In all, I had a blast working with Mike and our crew at ‘the Hall’ and couldn’t be more happy with the final recordings and I am beyond excited to share them with you.” Stream the full album below.

Time Will Tell is out March 3. 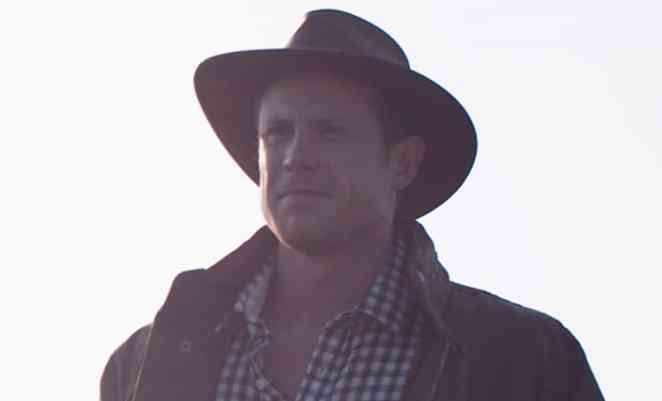 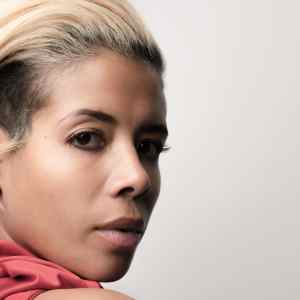 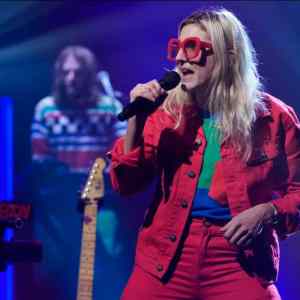