As a longtime resident of Santa Barbara, California, legendary singer-songwriter Kenny Loggins knows the significance of the Lobero Theatre. That’s why it was so important to him to step up when he heard that the theatre was ailing due to its closing during the pandemic.

“I’ve been in Santa Barbara since ’73,” Loggins explains. “And the Lobero Theatre is sort of the creative heart of Santa Barbara. I actually hated the idea that it might go away because of what because of what we’re going through. So I wanted to sign on and be someone that they could use as a touchstone to get more acts.”

To that end, Loggins will be performing this Sunday evening at 7pm Pacific from the historic venue, in a Live at the Lobero pay-per-event that was spearheaded by producer/director Byl Carruthers to benefit both the Lobero and the National Independent Venue Association (NIVA). Also a resident of Santa Barbara, Carruthers, who joined Kenny Loggins in talking to American Songwriter about the event, knew well the theatre’s history. Carruthers says, “I’d call people and ask what do Mikhail Baryshnikov, The Ramones and Bonnie Raitt have in common? And they’d say, ‘What?’ The Lobero Theatre.”

Because of his other gig as a member of the band Café R&B, Carruthers understood what was ahead when his band’s last show in California was interrupted by the announcement of the shutdown on large gatherings. “It was abundantly clear to me right away that all of my musician cohorts, everybody essentially had their whole career cancelled for the foreseeable future. And looking at what the government was saying, it also became apparent to everybody that the venues, the shoulder-to-shoulder sweaty nightclubs and theatres, are going to be the last places to open.”

“Nightclubs and theatres don’t operate on huge margins. I don’t think that the average person is walking around terribly aware of these estimates we’re getting that 60 percent of the national music venues might not make it. It’s a pretty frightening number. I’m not concerned about Madison Square Garden or the Staples Center. But as far as theaters and nightclubs, I was sitting here thinking, ‘Man, what if these venues aren’t there when the smoke clears?”

Loggins knows that concern well, saying that he wanted his performance on Sunday “to send a message to other artists. I wasn’t aware that there was an organization to protect old theatres and venues. And that they were actually in trouble. I just figured, well, they’ll be there. In particularly, the Lobero Theatre is just dear to Santa Barbara. It would be a crime for it to disappear.”

Carruthers’ personal history also helped him envision how Loggins’ show, and the other pay-per-view events in the works at the Lobero, could separate from both the typical live concert and the more homespun performances many artists have been streaming from their homes. His father was a producer on Johnny Cash’s television show, and Carruthers remembers sitting around post-show gatherings where music luminaries passed around guitars and sang. With the camera setups and top sound quality in play at the Live at the Lobero shows, he hopes to recreate that intimacy.

“Those kinds of experiences, sitting not in the concert hall but right in the room,” Carruthers says of his goal for the shows. “I had this really unique view as a teenager of seeing these iconic people right in the living room. And it stuck with me from then. There was something that even as a young kid appealed to me where I thought I wish more people could see this. In a way, I feel like these concerts from the Lobero, these very intimate either solo or trio performances are probably going to be the closest thing that I’ve been able to bring forward to mirror those experiences.”

Loggins, who’ll be performing as a trio with musicians Rick Cowling and Tariqh Akoni, agrees with Carruthers about the intimacy factor. “We’ll be essentially seven to eight feet apart, which is easy to do with monitors,” he says of the setup, which will adhere to thorough social distancing and sanitary requirements to protect the safety of all involved. “And we have eye contact, so we become each other’s audience. I have a really great chemistry with Rick and Tariqh. We tend to laugh a lot. Even if we screw up on something, that’s part of the fun. I want this to be really fun and informal, with the interplay between us and the stories that I can tell about the writing the songs.”

When thinking about the nature of playing before an unseen audience, Loggins chuckles. “The excitement comes from the pay-per-view aspect of it, that there could be thousands of people watching,” he says. “And it’s sort of like that classic dream about going to school in your underwear. Like telling a joke and not having anyone laugh. It’s not an easy thing to do. But that’s part of why I look forward to having Tariqh and Rick there.”

But Loggins is serious about the aiding the theatre through this tough time. “A lot of people go to theatres like this,” he says. “There are very special, unique shows that come to the Lobero that wouldn’t be able to draw a big enough audience to go to a huge venue. I think that it’s important just to have awareness that they need help. There are a lot of people that would just give them a donation, and hopefully that will happen too”

The Lobero insisted on the price for access to the show ($15) being kept reasonable (purchase here), unlike some pay-per-view sports events. And Carruthers hopes that this show is just the beginning, not just for the Lobero, but for theatres around the country. “Once we get this first one done, we’re hoping that it can be a subscription model,” he says. “Let’s say that we do a couple of these a month or one a week where you can buy them as a one-off, or buy them as a subscription. That could be even cheaper. Maybe there’s a model there.”

“It was very important to us from the first moment that, yes, we’re trying to save the Lobero. But the collective dream for all of us was we’re trying to forge a way forward that will benefit everybody. I want this to be a template for other venues. Unless some new technology pops up in the next month or so where they could put a hologram of Kenny Loggins up in your living room, I don’t know another way. When I wrote my pitch to the Lobero, I said that we need to save live music in the places where it lives. At the risk of sounding dramatic, that’s really what I feel like we’re doing.”

Purchase tickets for $15 for the show and to save the Lobero. 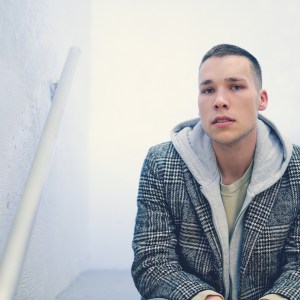 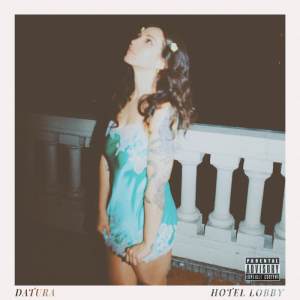