What is it like for a keyboard player to work with Bob Dylan?

That opportunity is a dream for many musicians, and one that only a select group of players can claim on their musical resume. Alan Pasqua is one of those few, and he recounts his time in an engrossing, wide-ranging interview which you can read at Ray Padgett’s excellent Flagging Down The Double E’s blog (available on Substack here).

But even Pasqua never quite knows when Dylan might call again, or if he even remembers him. But remember him he did, albeit nearly 39 years later when Dylan’s team called him to perform piano as an underbed for (unbeknownst to Pasqua) Dylan’s Nobel Prize in Literature acceptance speech. A one-off cover of “She’s Funny That Way” followed, and then another phone call a year later to lay down parts for the epic “Murder Most Foul,” released one year ago this month in advance of Dylan’s most recent full-length, Rough And Rowdy Ways.

Pasqua first performed with Dylan in 1978 during the Street Legal era, getting the gig through casual connections with engineer Bruce Botnick and Dylan bassist Rob Stoner that link back to Eddie Money.

A versatile player with roots in jazz who performed with Tony Williams Lifetime in the 1970’s and Allan Holdsworth in the 1980’s, Pasqua’s knowledge of Dylan’s catalog going into the 1978 audition and rehearsals was, admittedly, lacking.

“He asked me one day if I knew ‘Positively 4th Street.’ I freaked, because I didn’t know it. I just looked at him and said, ‘No, man, but I’ll learn.’ He just looked at me and started laughing. He turned to one of the other guys and said, ‘He said he’ll learn it!’ I thought, ‘I’m gone, I’m fired, that’s it.’ [laughs]

Pasqua wasn’t fired and a 115-date concert tour across the world followed. The young wide-eyed virtuoso took it all in.

“I was a young guy, 26, so I’m seeing the world for the first time. Every day is just like, ‘Wow, where are we going today? Far out!’ It was incredible. I was so grateful to be there.”

“Every night for that better part of that year, he and I played two duets [“I Want You” and “Girl from the North Country”]. I looked forward to those two duets every night so much because it was a moment just for me to be alone and play with him and get to do a little bit more than I would normally do as a keyboardist in the structure of the band. It was never a burnout thing for me.”

When it was over, the mystery began. Pasqua says, “There was no finality. It wasn’t like, ‘Thank you, guys. It’s been a great year. I’m going to move on.’ It was just like, ‘We’re done with the US. Thanks.’ There could’ve been a phone call to come back or there could not have been.”

The next call didn’t happen until 2017 when Pasqua received a call and was instructed to submit 30 minutes of ‘piano musings that are slightly bluesy, but not really. They’re not necessarily connected, but they’re not terribly random either.” This formed the underbed for Dylan’s Nobel Prize speech, which was delivered over the internet and not, as is custom, in person in Stockholm.

The 17-minute “Murder Most Foul” followed soon after was recorded live in the studio.

“They were playing a demo. I heard it and I just couldn’t believe it. In rock music, things usually have a specific beat and pulse. This was free. The time was free. It was elastic. It wasn’t specific to a certain time, feel or tempo. It just moved and flowed.”

“When I was done listening to the track, I turned to Bob and I said, ‘My god, Bob, this sounds to me like ‘A Love Supreme.’ He just stopped and he looked at me. I thought, ‘Oh, I’m going to get fired’ again. [laughs]”

“Then we went into the studio and two or three hours later, we had just a bunch of different takes and it was like, ‘Okay, fellas. Thanks. We got it.’ I left going, ‘What an amazing night. I hope that what I played makes the record.’ You never know, you know? I was thrilled to find out that it did.”

“Murder Most Foul” features Pasqua, who joined Benmont Tench (keyboards) and Blake Mills (guitar) in the recording session. Fiona Apple also plays keyboards on the song, though she wasn’t on the same session. “Benmont’s on the left, Alan’s on the right, Fiona’s in the middle. It’s like the early days of stereo. It’s a really cool collaboration. She sounded beautiful too.”

Padgett’s Flagging Down The Double E blog is an excellent deep-dive for all Dylan obsessives, as he focuses on the live concerts Dylan has performed throughout his career. Padgett tracks down the many notable side players, tour personnel and creatives, from Ronee Blakley to David Mansfield and early Dylan /Gaslight taper Richard Alderson. There is a free signup as well as a paid subscription. Info here. 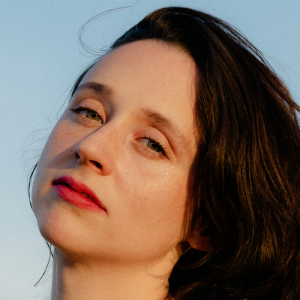 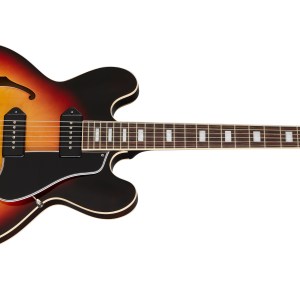