Maybe We Could almost never happened. Following the Australian duo Kllo’s 2017 full-length debut Backwater, they were shot. Everything was out sync, so the cousins decided to part ways and regroup with singer Chloe Kaul relocating to Los Angeles to work on collaborative projects and Simon Lam traveling around doing some production for other artists and releasing his own solo album.

After the reset, Kllo (pronounced like “glow”) regrouped and started working on Maybe We Could, because… maybe they could. Some of the songs were already written after the duo finished Backwater, and put on hold as Kaul and Lam temporarily parted ways.

“The problem with that was that we didn’t have the drive or energy to really give them our all,” Kaul tells American Songwriter. Kaul even admits they needed a little push in the final, more daunting, stages of production.

“We took a break, worked with other artists and came back refreshed about a year or so later,” she says. “We only started recording and finalizing everything a few weeks before we mixed and mastered the album.”

Kllo always reveal a deep dive of themselves. That’s how they’ve always approached music, and nothing has changed. Maybe We Could is an ebb and flow through Kaul and Lam’s real life, and emotions, from the melancholic beats of tender opener “Cursed” with Kaul dreamily drifting through Takes a lot to love the person you do / Hope there’s still a place for me like I have for you. Maybe We Could pushes through the struggles of Kllo’s more vulnerable state narrated through 10 tracks, from the R & B-grooved “Insomnia” revealing the high highs and low lows of love, steadily pulsing through “Gemini” and the title track, the shadowy vibes of “Up” and closing “Just Checking In.”

Every word and phrase is meaningful—even the album’s title. “In many of the songs there’s doubt with a layer of hope,” says Kaul, “moving forward, but never being quite sure if it’s the best foot forward. “

So much can happen in three years, but Maybe We Could demonstrates that Kllo have landed in an entirely different state. “It’s not the easiest to tell how much we’ve progressed over the years,” says Kaul. We’re always looking at the next thing coming, but it’d be a lot healthier if we got into the habit of being in the present.”

She adds, “Comparing this album to Backwater, it’s more refined, possibly more mature in ways and the sound is less pop but more polished. Our music is sounding more like us and that must mean we’ve evolved as artists.”

Maybe We Could is a more personal dialogue, and while it’s not necessarily a narrative for what is happening in the world now, it may provide some solace to listeners. “We hope that the people who listen to our record will find some comfort in their homes and not feel so alone in isolation,” says Kaul.

She adds, “We can definitely see how relatable the songs are in times like this because a lot of them are about struggle and loss and just falling apart really. We know what memories these songs trigger in us, but we hope people can connect to it in their own way.” 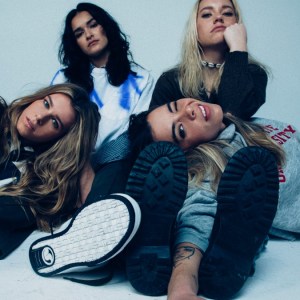 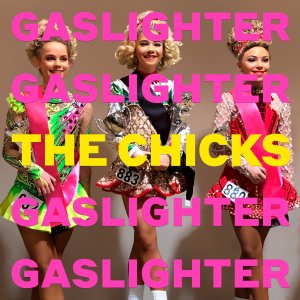