“Don’t tell anyone, but we’d do this for free,” whispers Kristen Anderson-Lopez, over Zoom. “When we go on vacation, we write songs for fun.” Husband Robert Lopez, concurs: “One of my favorite places to be is in a room writing with Kristen.” Thanks, however, to creating some of the biggest, most iconic Disney songs in recent years, the Oscar-and-Grammy-winning wife-and-husband duo is, indeed, deservedly paid for its work.

Before the commercial and critical success of Frozen, before Coco, before “Agatha All Along,” there was the BMI Lenham Engel Workshop where the pair met in the late ‘90s. Artists each in their own right—Anderson-Lopez co-created Broadway’s first ever a cappella musical In Transit; Lopez helped bring Avenue Q and The Book of Mormon to life— the pair has been making magic together for almost two decades. Having started out writing songs for children’s TV shows, their award-winning, chart-topping collaboration has yielded many memorable hits, from “Let it Go” in 2013 to “Remember Me” in 2017.

Beyond that, Lopez tells American Songwriter, is nurturing the relationship that’s at the heart of their songwriting process. “You, yourself, are more important than the song,” he says. “You’re much more likely to write a good song if you’re in a good place and if your relationship is in a good place. Your collaboration will die, if it isn’t.” He admits he used to be more “tightly-wound” in his earlier days, before realizing music that comes out of fun is what tends to resonate most.

The couple’s best work has come out of shoulder-relaxed joy, or in the case of WandaVision, the shower. “It was a dream to work on,” says Anderson-Lopez. They’d just finished Frozen 2, and the Marvel/Disney+ series gave them the chance to create theme songs for each era-specific episode. “Even though we worked with fantastic people for Frozen 2, it was like running an Ironman,” Anderson-Lopez says. After the animated film’s lengthy time commitment and pressure to “write songs that are gonna live for a hundred years,” WandaVision’s format allowed them to play around with short theme songs that weren’t required to build a story’s whole architecture.

“We would wake up so joyful, like, ‘Today, we’re gonna do the ‘60s!’” says Anderson-Lopez. “And by the time I got out of the shower, I’d be like, ‘Oh, I know what it is.’” Lopez says it also offered his wife the chance to realize a childhood fantasy of being part of The Partridge Family. “This is probably as close as we’re ever going to get to doing that,” he says. They sang the WandaVision demos, which were mostly kept for the series itself too. “It’s great to be able to put your love on tape,” says Lopez.

As they’ve done for all the songs they’ve created together, the duo put themselves into their work on WandaVision. The show’s creators wanted a new theme song for each era to convey a different tone and time, and Lopez found a way to musically unite them by inserting a tritone motif that’s called the devil’s interval in each one. “You kind of have to be paying attention to notice. But it’s there,” says Anderson-Lopez. “It’s kind of like in those Hirschfeld drawings where he writes ‘Nina’ in them and the game is to find all of them.” It’s this kind of detail that makes the pair so devoted to the work they do.

There are more stories to come from Anderson-Lopez and Lopez, including an under-the-wraps streaming musical with “wonderful collaborators.” But they’re also looking to return to what enticed them into music from the start. “Once upon a time, no one was asking us to do things and we had to come up with our own projects,” says Anderson-Lopez. “There’s been in both of us a hunger to launch our own projects again. The Frozen phenomenon was a wonderful thing to have take over our lives for many years, but it’s time to get back to being the originators of projects for a little while and find out what that’s like again.” 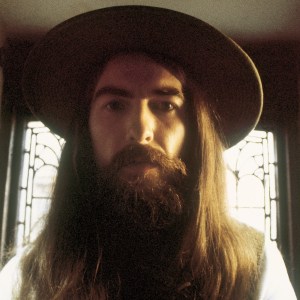 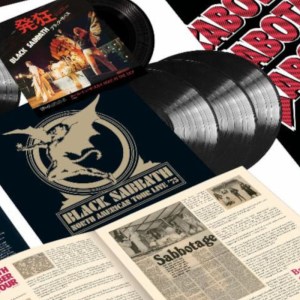