The most recent season of the BMI Lehman Engel Music Theater Workshop led to seven musicals on Broadway that were written or co-written by members of the famed workshop series. Then the pandemic hit, shutting down Broadway and theater entirely. But Patrick Cook, BMI senior director of jazz and musical theater, is hopeful that the previous number of productions will be matched when Broadway starts back up again.

Begun in 1961 by veteran composer Lehman Engel, the BMI Lehman Engel Musical Theater Workshop is renowned for being a top training ground that supports emerging theatre artists. A free offering from BMI, writers don’t have to be affiliated with the collection rights organization to benefit from the workshop, which has helped writers of shows like A Chorus Line, Little Shop of Horrors, Nine and many others to learn their craft. “I am most proud of the workshop’s impact on musical theatre over the years,” says Cook. “So many of the shows we develop go on to have productions all over the world.”

Cook started teaching the classes in 2000, and over the years has seen Workshop members win 13 Oscars, 21 Tonys, 18 Grammys and two Pulitzer Prizes. “In fact, the workshop itself won a Tony and a Drama Desk Award in 2006,” he says. Throughout the years, workshop members have included Broadway elite from Ed Kleban to Alan Menken, Maury Yeston to Carol Hall. The space has also given fostered award-winning partnerships, like Tom Kitt and Brian Yorkey, who created Next to Normal, and Robert Lopez and Jeff Marx, who composed for The Book of Mormon. Lopez also met his wife and collaborator, Kristen Anderson Lopez, in 1998 while attending the workshop.

“By continuously evolving, I think the workshop has had a major influence on what musicals are today and what they’ll be in the future,” says Cook. “Whether it’s with contemporary musical styles or delving into relevant current issues that face many of us each day, the workshop has provided an environment where participants can foster their skills, determine their own style, and craft their unique perspectives and experiences into unforgettable productions.”

The complete shutdown of New York’s theater district has had an immense impact on the workshop. But Cook says they adapted quickly, moving their classes to Zoom, “which has been invaluable for the writers to still get together every week to perform and discuss their work.” Online classes aren’t able to capture the energy of a room, but Cook is thankful they’re still able to provide a space to create.

“A lot of the workshop’s value has always been the community—to have that community of writers all supporting each other, especially these days when a lot of them have lost their jobs,” says Cook. “And since many celebrity musical writers are at home like the rest of us, they’re happy to come teach and talk to the Workshop members.”

The likes of David Yazbek, Lynn Ahrens, Richard Maltby and Robert and Kristen Anderson-Lopez have all been guest moderators. “One of our workshop committee members, Sara Wordsworth, hosts a weekly Zoom meeting for workshop writers who are parents, where they share their experiences of making time to write while having children at home during the pandemic,” says Cook. The workshop has also been hosting talks about subjects like theater contracts and musical rights. During this time, Cook says they’ve expanded on other topics too, particularly specialized areas of expertise—from Gospel music to advanced techniques for presenting shows and songs online, as well as singing and orchestration.

Beyond this, the workshop has also formed an Equity and Identity Committee, reflecting some of the big issues that have been brought to the fore over the past year. Cook says it was created “to discuss how our lived experiences affect our work, our interactions in the workshop and the arts and theatre community as a whole.” The committee consists of workshop members, balanced to provide a range of experience in terms of gender identity, race, sexual orientation, ethnicity, familial and disability status.

“Most importantly, the time during this pandemic is not being wasted,” says Cook. “So many writers are busy writing the next generation of songs and Broadway shows, and once we’re back in action, there’s going to be an amazing burst of new and exciting work. And I’ll be there in the front row to cheer it on.” 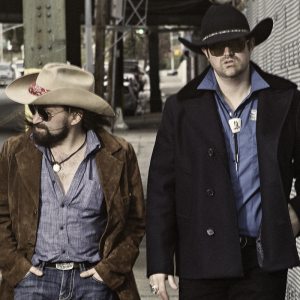 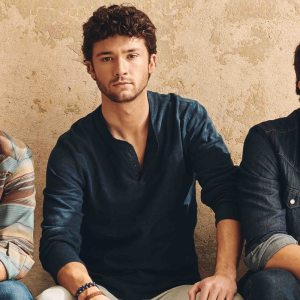