Just six weeks after the demise of The Beatles in 1970, George Harrison headed to Studio Three at EMI Studios, Abbey Road in London and recorded 30 demos in the span of two days.

On May 26, Harrison recorded 15 songs with Ringo Starr and bassist Klaus Voorman in tow, and May 27 saw the addition of 15 more tracks that Harrison would work on with co-producer Phil Spector, resulting in Harrison’s third album, and the first-ever triple album release, All Things Must Pass.

In celebration of the 50th anniversary of Harrison’s watershed release, are the releases of Uber and Super Deluxe Editions, out Aug. 6, featuring all 30 of the original tracks—including the seven songs that never make the final cut, including “Cosmic Empire,” “Going Down To Golders Green,” “Dehra Dun,” “Sour Milk Sea,” and “Mother Divine”— in addition to never released demos and other rarities—and a video for the remixed track “Run Of The Mill (Take 36).”

The Uber Deluxe edition also includes a 96-page All Things Must Pass scrapbook of hand-written lyrics, diary entries, studio notes, tape box images, and rare photos, all curated by wife Olivia Harrison, all housed in a laser cut wooden crate. A second 44-page book documents the making of All Things Must Pass with archival interviews, while paying homage to Harrison’s love of gardening and nature with a wooden bookmark made from an actual felled Oak tree at Harrison’s Friar Park and 1/6 scale replica figurines of George and the gnomes featured on the album cover, in addition to a limited edition illustration by Voormann, and a copy of Paramahansa Yogananda’s “Light from the Great Ones,” and Rudraksha beads, contained in individual custom-made boxes.

Produced by Harrison and Phil Spector, the 23-track All Things Must Pass is layered in a gospel, country, rock, blues, folk, and pop and more musical elements embraced by Harrison, who despite his fondness for the album still wanted to re-envision some of its tracks.

“I still like the songs on the album and believe they can continue to outlive the style in which they were recorded,” said Harrison in the 2001 liner notes for the 30th anniversary remaster. “It was difficult to resist re-mixing every track. All these years later I would like to liberate some of the songs from the big production that seemed appropriate at the time.”

“My dear pal Paul Hicks and I have continued to dig through mountains of tapes to restore and present the rest of this newly remixed and expanded edition of the album you now see and hear before you,” says Dhani Harrison. “Bringing greater sonic clarity to this record was always one of my father’s wishes and it was something we were working on together right up until he passed in 2001. Now, 20 years later, with the help of new technology and the extensive work of Paul Hicks we have realized this wish and present to you this very special 50th Anniversary release of perhaps his greatest work of art. Every wish will be fulfilled.”

All Things Must Pass is a reflection of Harrison solo and production efforts, and some musical portraits pulled from The Beatles, including title track rehearsed with, but never recorded by the band, “Run Of The Mill,” a favorite of George and Olivia Harrison, and “What a Life,” a track originally written by Harrison in 1969, while he was producing Billy Preston’s Apple Records solo debut and saved for All Things Must Pass with more introspective and spiritual moments on “Awaiting On You All,” “Hear Me Lord,” and the anthemic hallelujah incantations of “My Sweet Lord.”

Bob Dylan also co-wrote two of the tracks on the album, including opener “I’d Have You Anytime” and “If Not For You,” a track Dylan stocked away but never released; both unreleased demos of the songs feature on the Super Deluxe Edition, in addition to “Nowhere To Go” and “I Don’t Want To Do It,” another Dylan song recorded by George in 1985, yet never recorded by Dylan himself.

“Even before I started, I knew I was gonna make a good album, because I had so many songs and I had so much energy,” said Harrison of All Things Must Pass. “For me to do my own album after all that – it was joyous. Dream of dreams.” 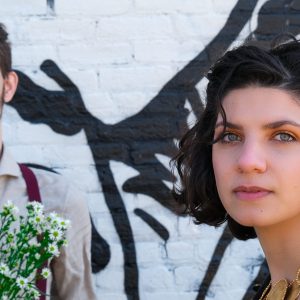 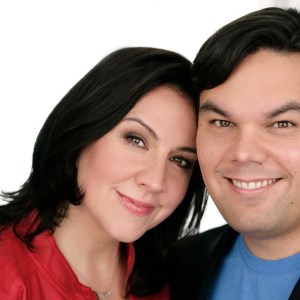