Since Bob Dylan first “went electric” nearly 56 years ago, Americans and Canadians alike have been fascinated with folk-rock. In the ‘60s and ‘70s, Americans—like Dylan, The Byrds, Gram Parsons and more—and Canadians—like Neil Young, Joni Mitchell, The Band and more—came together to explore that unique blend of electric and acoustic stylings, creating a truly iconic sound.

Today, that phenomenon is still occurring—Americans like Kevin Morby, Chris Cohen, Sufjan Stevens and more are constantly reinventing the style, adding in country elements, punk elements, electronic elements and more. Likewise, Canadians like Arcade Fire, Feist, Orville Peck and more have all made notable contributions to the style. Now, on February 12, one more Canadian is joining their ranks: Kyle Edward Connolly, with his new single, “Get Me Tomorrow.”

Taking nods from Parsons’ Flying Burrito Brothers, “Get Me Tomorrow” is a vibrant and warm embodiment of the modern folk-rock sound. Built over a poppy backbeat, the blend of strummed-acoustics, piano fills and twangy guitar licks serves as the perfect backdrop for Connolly’s fuzzy, Dylan-esque vocals. Coming ahead of his debut record, On Arrival—which is due on February 26 via Hand Drawn Dracula—the song was written and recorded while Connolly was on tour playing bass for Orville Peck.

“‘Get Me Tomorrow’ is a song about procrastination, putting things off until tomorrow and the feeling of being unsure,” Connolly said. “It was written in a Munich hotel room and recorded a week later in Berlin. On Arrival as a whole was recorded in the middle of a years-long tour. A rare few days off were spent in pre-winter Berlin, getting down on-tape what musical ideas I could with the help of some friends from Tel-Aviv. Sessions flew by through a cloudy haze with linguistic barriers and late night jazz. After some time, I collected the tapes off the shelf, brought them back to Toronto and sorted through the tracks.”

While the lyrics of “Get Me Tomorrow” deal with uncertainty, the attitude of the music beams with confidence. As unsure as he may be as a person, Connolly’s convictions and talents as an artist shine through every measure, every beat.

Watch the music video for “Get Me Tomorrow” by Kyle Edward Connolly below: 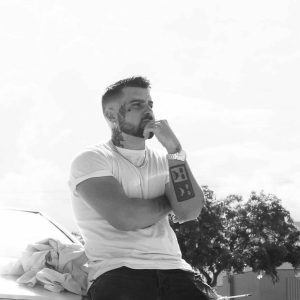 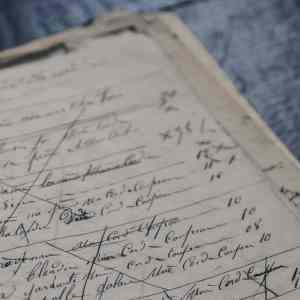