Ahead of the album’s release, Campbell and Williams chatted briefly with American Songwriter about the making of Contraband Love. They also shared a behind-the-scenes video featuring exclusive interview footage.

Watch the video and read the Q&A below.

When did you first start working on this album? What was the process like?

TW: If you start with a couple of the covers, the album began years ago when we first started doing a couple of those songs within the Midnight Rambles. Larry can tell you when he got serious about digging down inside himself for this one.

LC: We started the actual recording at the beginning of February, but the ideas and subject matter for songs began to filter in and about six months or so after the release of our first album. As far as the process is concerned, I wish I could say that we had a disciplined, thoughtful method to follow in gathering and creating the material but it was all pretty haphazard. As the writing began to progress, I started thinking that we might have another record to get out there and then that became the goal which inspired the completion of the writing, which in turn inspired the idea of getting another record done and so on up to the end of last year when we scheduled the recording time.

Do you feel this album has a particular theme or unifying quality?

TW: Unbeknownst to Larry while he was writing this record, the tragedies going on around us with our friends’ children, watching the parents trying to help and cope with substance abusing children or spouses, was causing him and me to revisit similar troubles we’d seen in our own families. His own youth was rising up to say hello again, and while he wasn’t looking, this seems to have become a theme of this record. It’s why, when we settled on the title Contraband Love, I was so glad we’d gone back down to Tennessee to do the photo shoot for this record back in the old house on our family farm, where the many layers of old wallpaper is peeling and revealing the stories of each generation that lived in that house. The last was my brother, who was living there when he died, and he struggled with substance abuse; in generations back, it was moonshine dependence. One young man died of alcohol poisoning and was prepared there for his laying out; uncles who never were able to buy their land, own their own farms because of moonshine dependence. I know the moonshine part sounds comical to us today, but it wasn’t if you were the spouse living in fear for your children and yourself when you’d hear the alcoholic coming home, having to grab your kids and run and hide to save yourself and your children. That peeling wallpaper, and the stories the decay evokes, supports the theme.

LC: If there is a theme to this material it wasn’t planned or thought out, but the songs I wrote may be dealing with darker subject matter than the first record. Most of the original material deals with some sort of discord in a relationship due to personal short comings (addiction, etc.) and hopefully there’s a thread of the power of unconditional love that in itself can’t be a solution but can provide a foundation for a solution.

You were able to work with Levon Helm on this album. What was that experience like for you?

TW: Playing music with Levon was just musical bliss. He made plenty of room for you to be creative on his records, and expected it of you, and obviously he brought that when playing on anyone else’s record. He elicited the best of you musically. He just had the ability to do that. He is a great example of sticking with his passion and with what made him special in this world. In that respect he’s a great role model for kids, and he helped shape a lot of music with his gift. I love that folks like Eric Clapton were making the pilgrimage to Woodstock after they heard what the Band was doing up there, and Levon’s work since the Band days is a testament to his contribution to that group.

LC: When we were working on the Electric Dirt record with Levon we had a day in the studio where nothing was ready to be recorded so Levon suggested that we do a few rhythm tracks of material for Teresa and I. We recorded about five tunes that we had been performing at the Rambles and one of them was “You’re Running Wild,” which we put on our first album. We wanted to have another on this one so we finished the Carl Perkins tune “Turn Around.” Recording with Levon was always a joy. It never felt like the clock was running or that there was any goal in mind other than having a good time doing what we were doing.

What are you most looking forward to about having this music out in the world?

LC: If I’m looking forward to anything it’s with the hope that the message in some of these songs may help someone who’s dealing with their own personal adversity due to the ravages of addiction or a relationship with an unstable partner, or unrequited or contraband love. Beyond that I hope that as these songs take on their own life and reveal their merits or shortcomings, it will spur me to be a better songwriter for the next record. 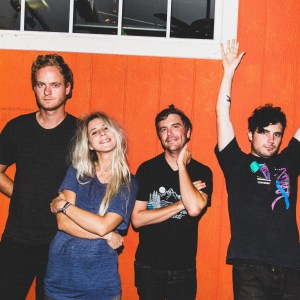 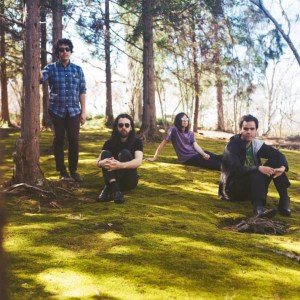