For artists like Laura Marling and Mike Lindsay, there are never enough outlets for creative expression.

In 2018, the two acclaimed musicians came together for their self-titled release as an unlikely duo under the moniker LUMP. The music Mike and Laura create as LUMP is unlike anything from either of their respective projects. The songs have an impressionistic electronic poppiness that borders on psychedelic. Marling worked on the album while making Song for Our Daughter last year and studying for a Master’s degree in psychoanalysis. Lindsay, a Mercury Prize-winning producer, also serves as the frontman of the band Tunng.

Though their debut album was born from a chance meeting, Lindsay describes working with Marling as “a bit of a dream.”  Further, he likens their dynamic to a jigsaw puzzle.

“I feel free to create sort of strange soundscapes and odd time signatures and use my toys, and know that when I present it to Laura, she’s going to somehow decipher the code and come back with something challenging, and at the same time, uber beautiful and hooky. So I have to up my game and to try and keep it interesting”

Animal—out July 30 via Partisan/Chrysalis—is their wild next step into the labyrinth of their imagined musical world. Recorded in Lindsay’s home studio in Margate, Kent, the project is a practiced approach to the art of escapism.

Marling describes their eclectic outfit as a “superhero costume.” Here, in the LUMP world, the artist feels she is able to transcend sounds and emotions that feel impenetrable in her solo material.

“It’s a very different practice writing in real-time in front of somebody else, and you’re working in somebody else’s world—like Mike, who creates these incredible soundscapes,” says Marling. “But it’s really magical to me what happens there because it’s a very different voice than I use when I am inhabiting what has now become a persona. So, for me, it’s incredibly freeing, and I surprised myself with the random shit that comes out of my mouth. Which is quite a nice position. It’s nice to be re-naive; it’s like being reborn.”

Lindsay interjects, “I think we both put on a bit of a costume with this project, you notice we’re both going in different directions for our other usual musical outlets. But I do get to witness Laura kind of sit, listen, compute, digest, and sort of splurge all the good shit. And yeah, Laura is a superhero.”

Performing LUMP live proved to the pair what their unique dynamic was capable of in pioneering this uncharted sonic frontier. Moving into their sophomore project, the lyrical content maintains that non-attachment narrative. She adds, “We were trying to sort of paint emotional palettes using imagery that doesn’t quite fit together. It’s very much how the unconscious is structured—like a strange bad joke, a terrible riddle that somehow makes sense somewhere in your brain.”

The title, Animal, established itself early on while the two were writing what would become the title track. Based on the character that is LUMP, the concept became a throughline that connected the album on the universal axis of the inner animal living within each of us.

“LUMP has this world, this parallel existence. So for me, it means that you can find sounds and washes and textures that can kind of make it feel like this parallel universe,” says Lindsay. “Whereas on the first record, we didn’t have the luxury of that. We hadn’t met LUMP yet, we were just playing around, together. And then LUMP was born throughout the end of that process.”

Becoming acquainted with LUMP meant that the duo could now write songs that fit within this fictional world where their character resides. Their song, “We Cannot Resist,” welcomes the character in full form.

In an earlier press statement, Lindsay shared, “It wants to be this massive pop track, but it’s been twisted. I like that when the chorus comes in you’re like ‘Wow!’ It’s this huge pop chorus, but then it becomes really creepy with the whispered ‘We cannot resist.’”

Marling added, “This is another one about hedonism. But it was tricky because it’s such American imagery. I remember we had to stop and start and redo quite a lot of the lyrical takes because saying things like ‘Down to burn rubber’ are quite awkward to say in an English accent.”

Directed by Christian Cargill, the imaginative video portrays the LUMP mascot in all of its mascot-monster-like glory.

“We love LUMP like it’s not a part of us,” says Marling. “And I’m proud of this album like we had nothing to do with it. It’s an escapist album about your internal world. It could be listened to very intensely in headphones like you’re the center of your own music. But equally, because of Mike’s production, it’s also dance music. It’s like anti-sincerity, which is something I’m feeling maybe as a reaction to lockdown.”

Animal was mastered about a week before the first UK lockdown in March 2020. “It’s interesting listening to it now, post-madness, and how it takes the idea of escapism to another level—and what that means to the listener now,” says Lindsay. “It takes on a new gravitas.” 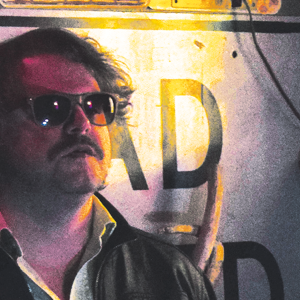 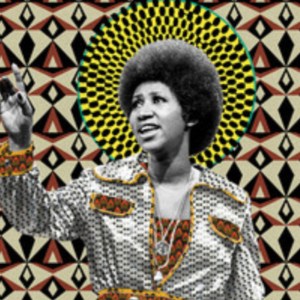