It seems impossible that there hasn’t already been a cross-licensed, multi-disc summary of Aretha Franklin’s work before this. After all, she was, and remains, the undisputed Queen of Soul; an iconic figure with an enormously influential catalog of hits and deeper tracks covering R&B, blues, rock, pop, jazz, and gospel over a six-decade career. Her 2018 death at 76 ended an amazing run that found her recording for three major labels, all of which have their own separate collections.

But it took the biopic Respect to finally assemble an all-inclusive box. No one stayed up late finding a title for this long-awaited, four-platter compilation that includes selections from all phases of her professional life. There are some heretofore unavailable on CD (and sometimes unheard) items including demos and live performances, along with the commercial highlights expected in any serious Franklin overview.

Even those who already own the extensive 1992 81-track package of Aretha’s Atlantic recordings will relish digging into this for the previously unissued music from that fruitful 1967-1979 run. While those are the most powerful selections, there is still lots to explore in her work for Columbia (12 tracks representing 1960-’66) and Arista (1980-2007, the bulk of the fourth platter), not to mention the 19 pieces that appear for the first time on CD such as the opening “Never Grow Old,” a 1956 gospel single recorded live for J.V.B Records when she was 14. Even at that young age, her style, control, and sheer intensity were already established.

Franklin made no secret of her intent to follow in Sam Cooke’s footsteps as he shifted from the church where he first made waves to commercial superstardom to the secular music world. She took tentative steps on the Columbia sides that never found their groove, albeit not for any lack of trying from all involved. But the revelation appears on track 15 of disc one. That’s where the organic, riveting opening piano chords of “I Never Loved a Man (The Way I Love You)” (1967) with backing from the swampy Muscle Shoals house band, heralds a clear break from the staid productions that had previously boxed her extraordinary talents in.

From there it’s on to Aretha’s golden years, basically the Atlantic recordings that ran through 1979. They encompass half of disc one and all of discs two and three, the bulk of this package. It closes with a spine-tingling “Amazing Grace,” the title track from her 1972 classic gospel album presented here in a seldom-heard 1980 BBC TV performance. While there were a handful of impressive moments for Arista, the period is handily condensed into the final disc which is also heavy on live and previously non-CD selections that raise the bar on what were some hit and miss studio projects.

That said, anything Aretha sang was worth hearing. So even when she had to intrepidly motor through mediocre material like the thumping “Freeway of Love,” it was at least listenable even if it paled in comparison with what had come before. Including a rousing version of “Oh Happy Day” with another legendary singer who rose out of gospel, Mavis Staples, provides enough thrills to ignore some of the final platter’s less stellar moments.

Two lengthy essays cover Aretha’s back story and a detailed description of the rarities by soul music scholar and frequent Franklin interviewer David Nathan (also credited as co-compiler), along with rarely seen photos (many of them tape cases where some of the oddities were salvaged from), helps make this an indispensable and above all comprehensive box; one that’s as elegant, classy and eclectic as its subject. 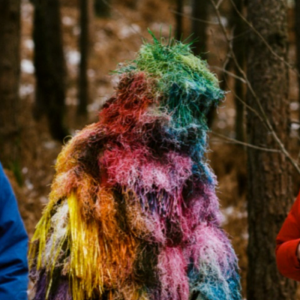 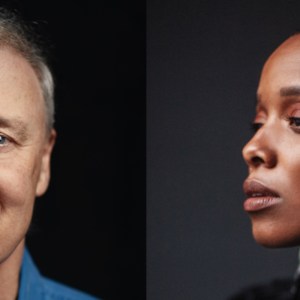