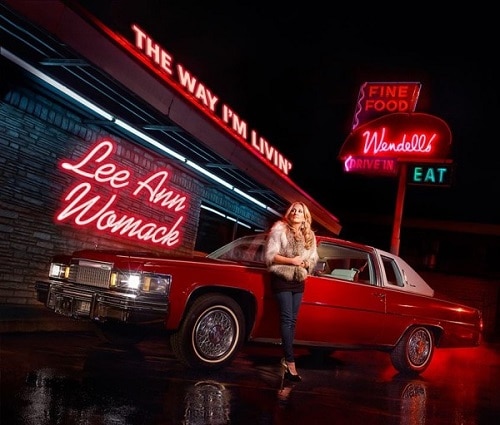 The music industry doesn’t take kindly to artists such as Lee Ann Womack who take a well-earned seven year break in their careers in order to relax, regroup and not succumb to the grind that sends so many others into personal and professional tailspins. The resulting comeback doesn’t always click but when it does, the artist can rebound with some of their best work. That’s certainly the case with this long awaited return from one of country music’s finest vocalists.

Womack and husband/producer Frank Liddell have collected 13 terrific songs that not only stand on their own, but reflect an older, more mature look at life when taken as an album. Womack’s clear, sweet voice has seldom sounded better as when she digs into tunes penned by generally under-the-radar writers such as Chris Knight, Julie Miller, Mindy Smith, Hayes Carll and Mando Saenz. This is music that lives on the darker side of bad marriages and missed life chances, many filled with regrets. That may sound like a 47 minute bummer, but producers Liddell, Chuck Ainley and Glenn Worf keep the arrangements spry and malleable with stripped down if not exactly gritty instrumentation. They beef up the approach when needed (there is full orchestration on the title track), and have full control of the sound.

It’s a perfect combination of singer, songs, arrangements and playing along with a sense of how they all contribute to the final product. Womack lives inside these performances, some recorded live with the band in the studio, giving tracks such as Bruce Robison’s “I Have Not Forgotten” even greater power by the emotional gravity of her voice. It’s surprising that someone who started out as a songwriter would decide to record an album of covers, but Womack treats these like her own compositions in versions that are occasionally better than the originals. There are a few missteps such as her take on Neil Young’s “Out on the Weekend” that doesn’t quite capture the longing and emptiness inherent in Neil’s vocals, but nothing feels out of place or forced.

This is a triumph for country music that’s never musty yet still harkens back to a simpler, less glitzy time when emotions drove songs, not simplistic clichés. There are few better, more affecting voices in contemporary country than Womack’s and this glorious return only makes it clear how much she has been missed.