On this her birthday, we celebrate one of America’s first and most successful female songwriters

“If I never, never have a cent
I’ll be rich as Rockefeller
With gold dust at my feet
On a sunny, sunny side of the street …”

Those are words by Dorothy Fields, who was born on this day, July 15, 1905. She was one of the very first professional female songwriters in America, and one of the most successful ever. When she died at the age of 68 in 1974, she had written more than 400 songs.

Among these are many standards, including “On the Sunny Side of the Street,” “The Way You Look Tonight,” “A Fine Romance,” “I’m In the Mood For Love,” “If My Friends Could See Me Now,” “Hey, Big Spender,” and “I Can’t Give You Anything but Love.”

She was a lyricist, famous for romantic words which flowed with the natural grace and rhythm of spoken language. When great songwriters spoke about her impact, they talked of this natural conversational quality.

“What I like best about Dorothy Fields,” said Stephen Sondheim, “is her use of colloquialism and her effortlessness.”

Fred Ebb said, “She was a great lyricist because of her humanity, her humor, her simplicity, and her incredible, meticulous craftsmanship.”

“No lyricist had a more fluent gift of the gab than Fields,” wrote Stephen Holden, “the only woman to achieve full acceptance into the boys’ club of great American songwriters.”

She was also quite talented at talking about the unusual process of writing songs, and articulating its peculiarities.

“A song just doesn’t come on,” she said. “I’ve always had to tease it out, squeeze it out.”

At the same time, she acknowledged that the source of songs was often mysterious: “No thesaurus can give you those words, no rhyming dictionary. They must happen out of you.”

In his first inauguration speech on January 20, 2009, Barack Obama said, “Starting today, we must pick ourselves up, dust ourselves off, and begin again the work of remaking America.”

It echoed her lyrics from the song “Pick Yourself Up”:

“Pick yourself up
Dust yourself off
Start all over again.”

Like the eloquence of Obama, it’s a lyric both lofty and folksy; it speaks of what we aspire to, what we hope to attain, but does so in the common language of the people.

Once, when asked how to write a song, she said, “I suppose a good method is to arrange to be born into a theatrical family.”

Indeed she had this fortuitous heritage; her father was the legendary vaudevillian Lew Fields.

Born in the temperate summer of 1905, she grew up in a big house on West 90th in Manhattan, with summers spent in Far Rockaway. She saw the lives of legendary songwriters up close, as her father bought songs from Rodgers & Hart and others.

She wrote her first songs as a teen, and as a young woman teamed up with the composer Jimmy McHugh to craft songs for the Cotton Club. Her knack for romantic colloquialism was in evidence from the start; her first hit, written with McHugh, was “I Can’t Give You Anything but Love, Baby,” recorded by Cliff Edwards.

“If melodies and poems have hearts,” wrote Peter Barnes in 1935, “then it was love at first sight when Jimmy McHugh’s tunes met Dorothy Fields’ lyrics. So congenial are their words and music that a love song from this fascinating team always means a welcome addition to the language of lovers.”

She often wrote the books as well as the lyrics for musicals; her first was the appropriately entitled Hello Daddy!, which starred her dad.

As a book writer as well as lyricist, she never considered her songs to be the stars of the show, but as vehicles for the narrative.

“I don’t care how good a song is,” she said, “if it holds back the storyline, stalls the plot, your audience will reject it.”

She went west to write for the movies, including the classic Swing Time, for which she wrote “The Way You Look Tonight” with Jerome Kern. But being a songwriter for movies instead of Broadway was too far removed from the action.

“You’re with it in every phase,” she said of writing for Broadway. “When you write a score for a picture, you write it, and you leave. You don’t see it for maybe nine months. You become completely disassociated with it, and you don’t even remember what you wrote.”

Back to Broadway she went, writing books for shows by Cole Porter and others. She conceived a musical about Annie Oakley for which she’d write the lyrics and Kern the music, but when the composer died, Irving Berlin took over and wrote both. It was “Annie, Get Your Gun.”

In 1960 she teamed up with Cy Coleman, Bob Fosse, Neil Simon and Gwen Verdon on Sweet Charity.

“Working with Dorothy was a joy and surprise,” Simon wrote. “When I met her, she was in her 60s and reminded me a little of Lillian Hellman. She was tough, all business, and could meet a crisis with the best of them. It was easier for her to rewrite a song than to fight for one. And took less time.

“What I didn’t know about her was that she was fond of a drink at dinner. She was even fonder of two or three drinks even without dinner… Be that as it may, at nine o’clock in the morning she was fresh, alert, and had already written a new set of lyrics that would knock your socks off. Whether it was a ballad or a comedy song, she always delivered overnight and first-class.”

In 1973, she worked on a second show with Coleman, her last ever, Seesaw, from which came her last hit, “It’s Not Where You Start, It’s Where You Finish.”

She finished where she started, in New York City. Although she’d written a long chain of hits, she advised aspiring songwriters to aim not for the market but for the ages.

“Keep in tune with the times,” she said, “but don’t write with the specific purpose of trying to create a hit. If you’re doing it strictly for money, you’re crazy. There are easier ways to make money.”

Can’t you hear a pitter-pat?
And that happy tune is your step
Life can be so sweet
On the sunny side of the street” 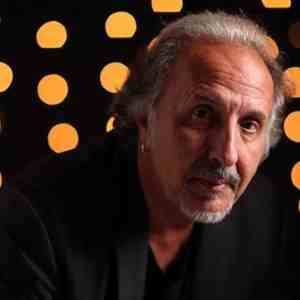 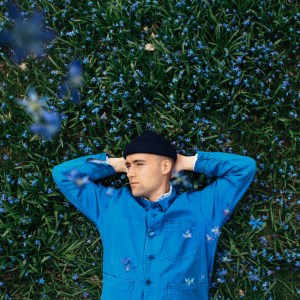